The idea of using triangulation for distance measurements is well known since Pythagorean time, when his brilliant formula become available for mathematicians. 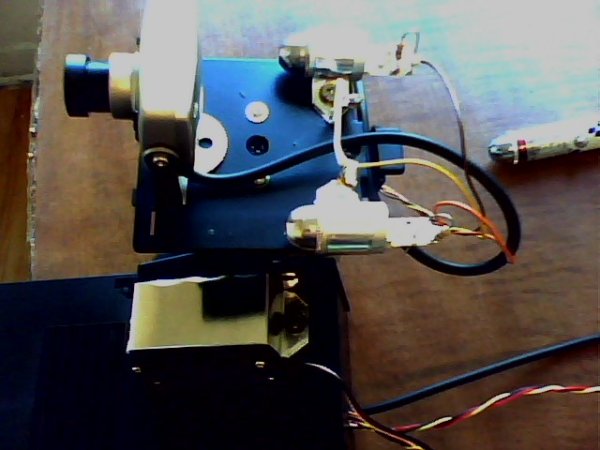 What is new in this design, is lasers power control via “blooming” effect of CMOS camera. Here this “negative” effect was put to work instead of ADC. No need high price “no-blooming” camera! (More information on this link: http://dpanswers.com/content/tech_defects.php ) There are few others design approach, that I was trying to make in hardware/software, and some of them not fully implemented yet ( project just started ).
Power Control Loop (PCL) allows to get stable  readings of the reflected back light beams, doesn’t matter what is reflectivity of the object’s surface, how well illuminated background and what distance range !!! edited: / (Regarding stability measurements in varying illumination conditions, right now there is a resistor for manual adjustment comparator trigger level, depends on average  “black-fixed” video. Gonna get rid off it shortly)./
Probably, someone could “hack” a camera, and redesign build-in AGC to provide stable, “fixed-white” level of video signal. But it would be extremely difficult to do with this SMD components, lack of documentation and too complicated for average hobbyist. Plus after that camera is not “in use” anymore for it’s main purpose.

Arduino has low size of RAM memory and 8-bit low power microprocessor, so full image processing could not be done. Instead, “build-in” 1-bit comparator forms visual map, where each cell stores time stamp, when events was captured. As video frame created from top to bottom line by line, line number corresponds to Y coordinate, and time of events on this line – X consequently. At this stage project is more like test bench, than final solution -);.
Right now I’m looking for optical zooming devices, to cover long / short distances automatically. Green lasers, I’m sure ‘d bring better resolution, just have to find couple of them for affordable price.
Approximate range with low cost CMOS camera and w/o optical zoom: 0.2 – 10 meters. Accuracy would greatly depends on lasers base/spacing. Lasers base also defines minimum size of the tracking object in Z coordinate.  NTSC camera: 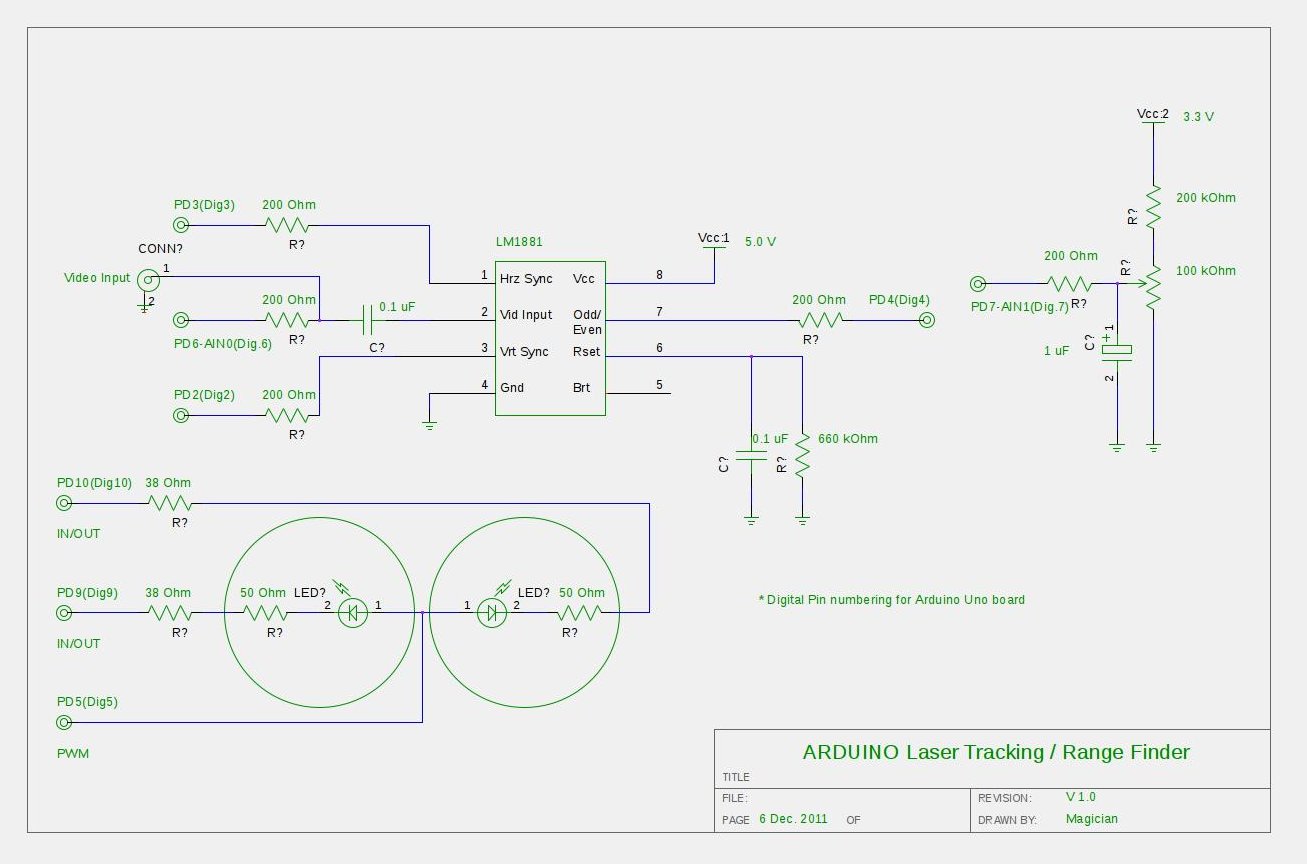