• Analog clock Mode –   This is the default mode of operation . When the arduino is reset an analog clock appears on the oscilloscope screen .It keeps accurate time using  clock hands.

• Temperature Mode –   This mode of operation displays the current temperature of the surrounding . 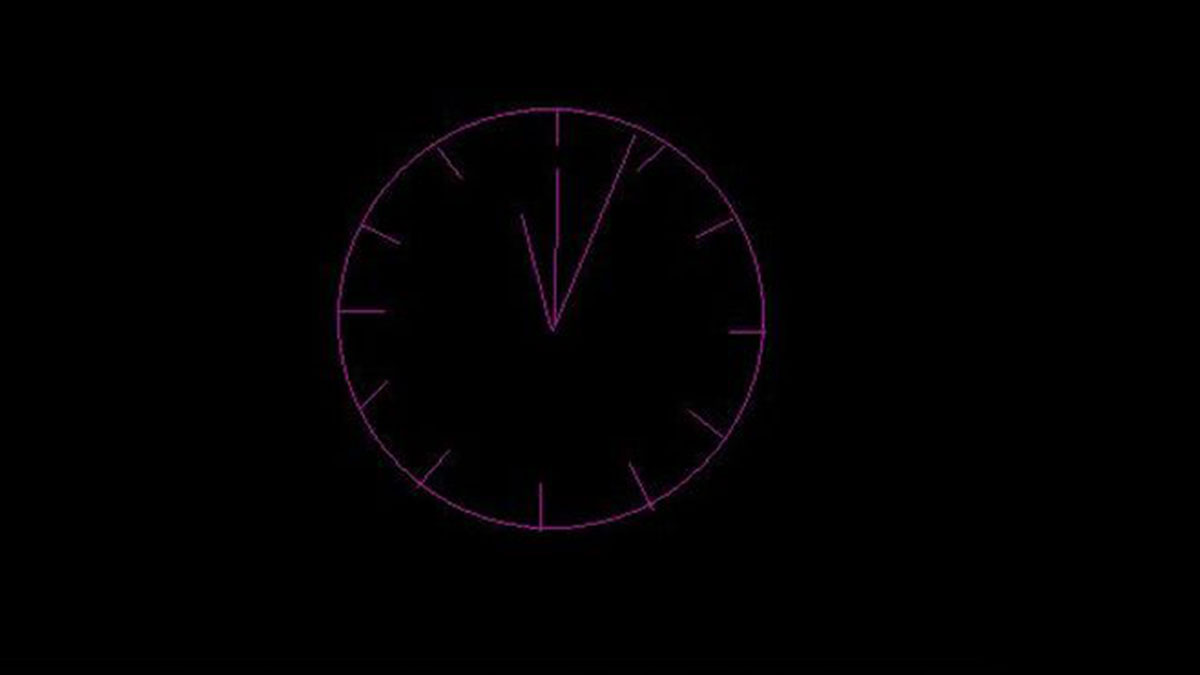 The mode is controlled  by a push button . On pressing and releasing the pushbutton an interrupt is generated which changes  the mode to Thermometer which displays the current temperature of the surrounding . After a few seconds the mode changes to  analog clock

A Digital-to-Analog converter (DAC or D-to-A) is a device that converts a digital (usually binary) code to an analog signal. Digital-to-analog conversion can degrade a signal, so conversion details are normally chosen so that the errors are negligible.
Due to cost and the need for matched components, DACs are almost exclusively manufactured on integrated circuits (ICs). There are many DAC architectures which have different advantages and disadvantages. The suitability of a particular DAC for an application is determined by a variety of measurements including speed and resolution. Depending upon the requirement we can use a 2 or more bit resolution DAC .

Although many types of DAC  configuration are available ,an R-2R Ladder is the  simple and inexpensive way to perform Digital-to-Analog conversion, using repetitive arrangements of precision resistor networks in a ladder-like configuration. In this project we have used two 8-bit R-2R ladder formations two convert the digital signal from the arduino into analog form and these are fed to the two channels of the Oscilloscope .

The DAC`s  are soldered on the  arduino protoshield  along with temperature sensor circuit , connections of the two DAC with pins of arduino are shown in schematic 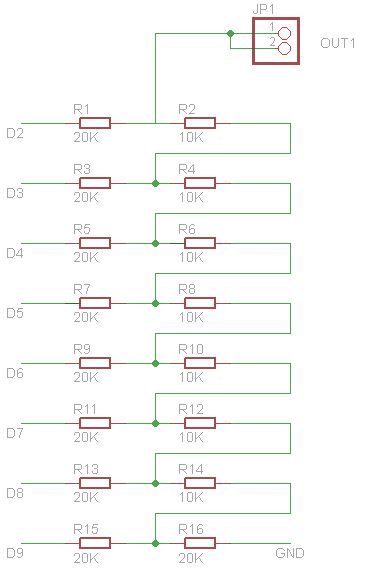 First few important points while working with a thermistor.

For more detail: Analog Clock And Temperature sensor On An Oscilloscope using Arduino