This is a instructable for a very simple Arduino controlled electric lock.

The key idea here is to be very simple as this was more of a proof of concept prototype type of thing.

The Arduino is used as a switch to control the lock itself, and is set to interface with a Computer.

The Computer sends serial data to the Arduino in which allows the electronic lock to be opened. 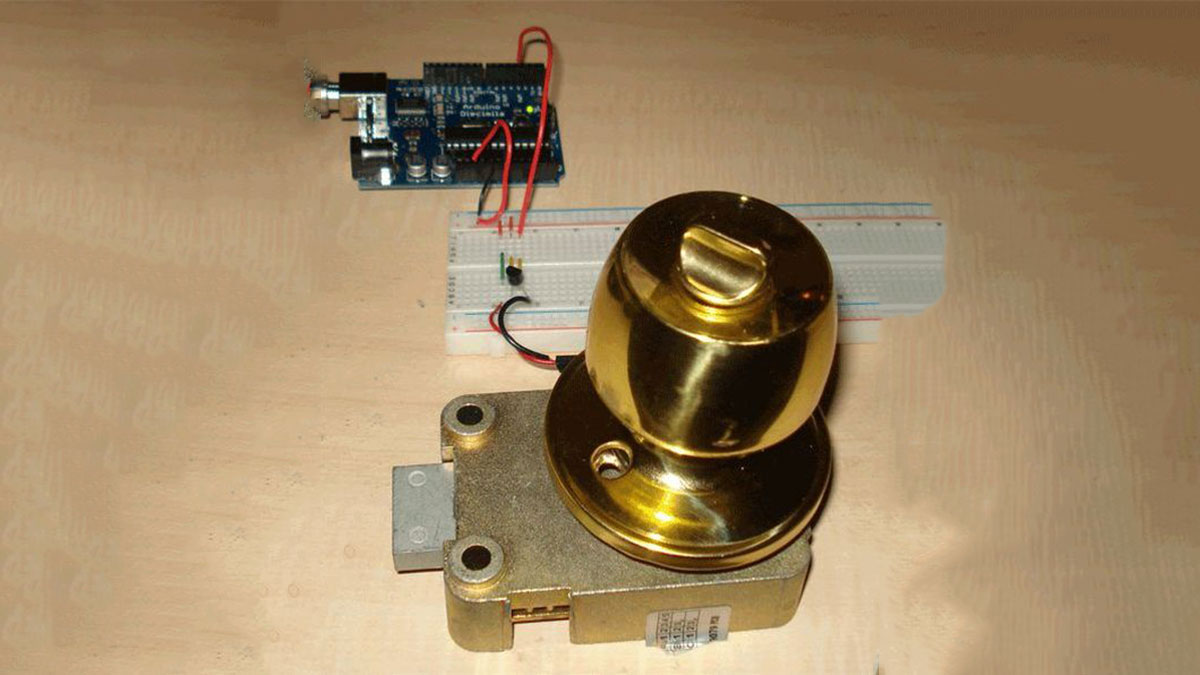 The Computer itself allows many different ways of opening this lock such as just pushing a button, reading a bar code scanner, and even over Bluetooth with a Windows Mobile device.

I used this simple project as a fun way of learning the basics of a few different things,
such as Arduino programming, Bluetooth integration, Bar code scanners and Serial communication

Well first you need a Arduino, i used a Diecimila but any type would work.

The lock i am using is La Gard ENV 1300 type lock, i bought like 6 of them for 10 bucks on EBay.
You can not use just any type of lock, like a regular door lock, it must be electronic based.

I included a picture of the inside of the lock where you can see how it works: Power goes to the electromagnet which pulls back a pin that releases and frees a wedge. This wedge then allows the door to be unlocked.

Theoretically you could create your own electromagnetic lock, or use a simple motor or something but that is for a different instructable.

You will also need a basic transistor: I used a 2N2222 from radio shack

Now if you want to open it through other means than just the computer your need:

A Bluetooth phone, i am using a Touch Pro with Windows Mobile

In the last picture you see a door knob, this door knob has a wooden square knob glued to the bottom to fit in the square peg on the lock, its used to open the lock.

The wiring of the Arduino is very simple.

Its just a very simple set up with a transistor. 2N2222 from radio shack
Now i tried it with a few resistors and was having some problems so i just went without them.
Feel free to correct me on that. 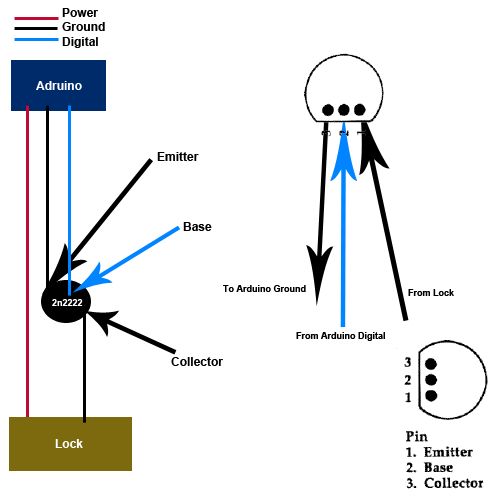 The code is very simple it takes any data from the serial port and sends signal to the port, delays then ends the signal.

Its just like it looks, any serial data it picks up on that port it opens the lock for 1000 milliseconds.