I recently dug up my old RC transmitter and receiver and thought “How can i control my arduino with this?” so i powered on my scope to see what was going on at the receiver. Sure enough, it was sending out the standard PWM signal that servos use. Now I just needed something to control. What’s easy and fun to control? LED’s of course. 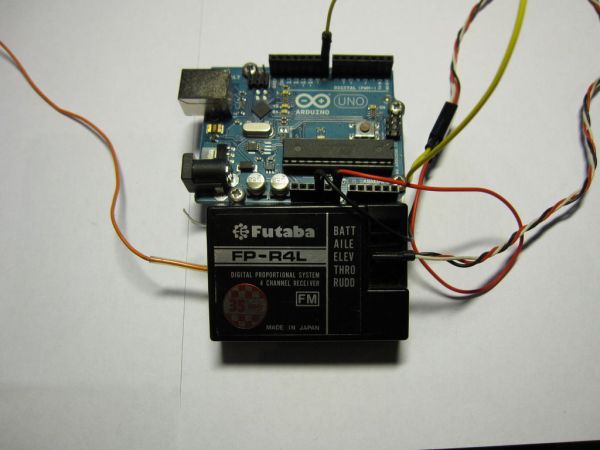 To begin with i had to figure out what pin on the receiver was the signal pin for the servo. I found an extension cable, there i could clearly see what pin it was.

Step 2: Connecting it all

Now that i knew what pins were what i connected them to the arduino as follows:

I connected the signal to pin 8
and the led was connected to pin 11 because it has PWM capabilities. 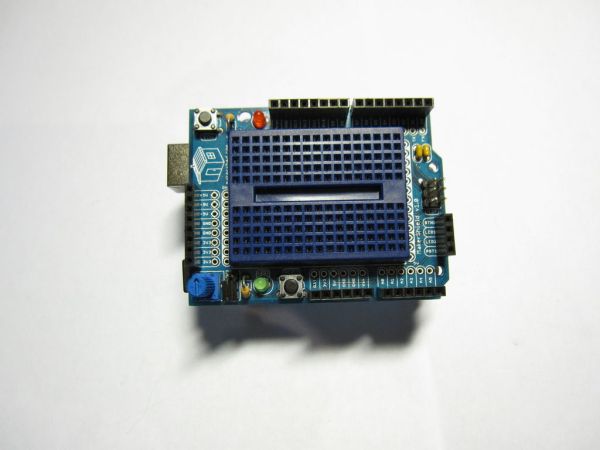 Now i started coding,
I used the pulseIn() function to read the pulses from the receiver and send them to the serial monitor, when i had those values i told the arduino to map those to the PWM values (0-255) and send them to the serial monitor again.
Now when i moved the joystick on the remote i saw the values change.
Now the last part of the code sends those PWM values to the led and fades it accordingly.

I was happy when i got this working but i needed a bit more challenge, i wanted it to control an RGB LED.

This example shows how to use the tone() command to generate different pitches depending on which sensor is pressed.  ...