This instructable will show you how to construct a laser tripwire that can twitter and grab an image from a webcam, as well as execute any command you can put in a bash script.
This instructable is actually quite simple and is even suitable as a beginner arduino project. It requires a GNU/linux (or possibly Mac) operating system with the arduino IDE and Processing IDE working properly. This project could also be implemented in Windows if you created a more complex processing application. 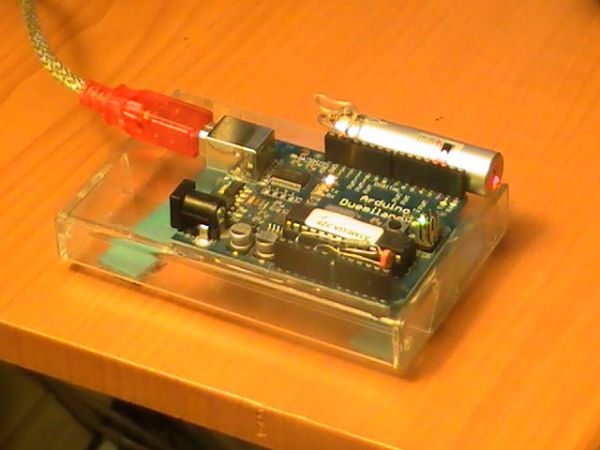 twitter.trip270 bytes
I needed the LDR and the laser to be in a position where they would not move around so I connected my LDR and resistor directly to the Arduino without a breadboard, but you can do it however you like, below are the photos for soldering and bending them into shape I also included a simple diagram. 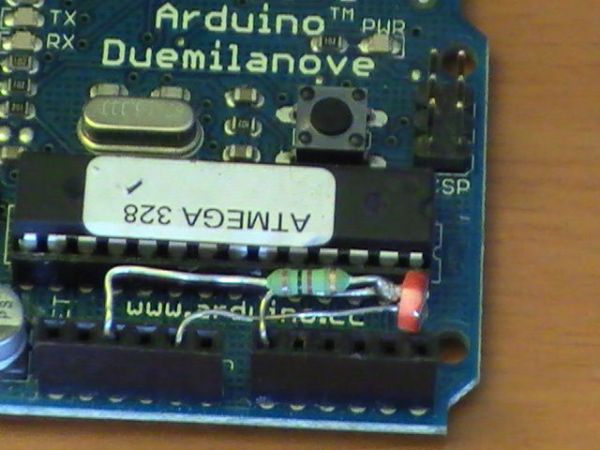 I cut the end off of a ballpoint pen so that I could slip it over the LDR to prevent ambient light from affecting the reading, you could also use a straw.
[box color=”#985D00″ bg=”#FFF8CB” font=”verdana” fontsize=”14 ” radius=”20 ” border=”#985D12″ float=”right” head=”Major Components in Project” headbg=”#FFEB70″ headcolor=”#985D00″]Arduino Board
Laser pointer/pen
Light Dependant Resistor
100Kohm Resistor[/box]
For more detail: Twittering Laser Tripwire with Webcam Capture using Arduino
Turnkey PCB Assembly