The Arduino system offers an easy and open-source method for programming microcontrollers. Normally this means using a serial cable or USB cable attached directly to the microcontroller project. But what if your project is floating in a weather balloon, glued to the bottom of a swimming pool or baked into a loaf of bread? It would be great to upload code changes wirelessly, and even greater if you could do it from several kilometers away.

The following example demonstrates how to build a complete wireless solution for uploading code to a remote Arduino microcontroller using a couple of XBee radios, and a handy function for accomplishing wireless resets.

Using a serial connection, program the two XBee radios to talk to each other at 19,200 baud. You can use a program like HyperTerm or ZTerm. On Mac OS X you can use the screen program in a terminal window. (The command would be something like: screen /dev/tty.Keyserial1 9600).

This example uses the default PAN ID of 3332, but you should choose a different one so that other XBee radios in the area do not interfere with your communications. For the first XBee, use the +++ sequence to go into command mode. You should receive an OK message back. Then issue this command: 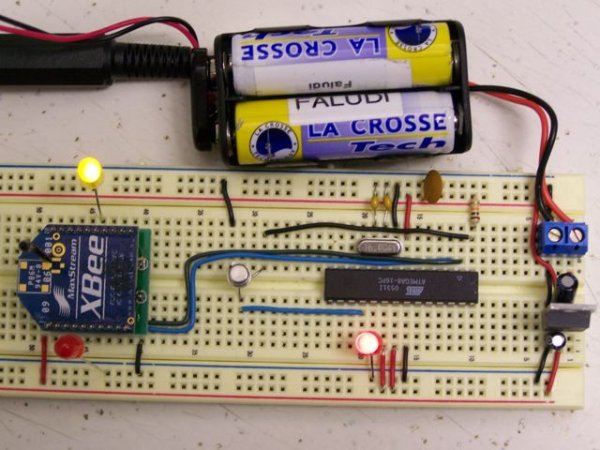 You have now set the ID to 3332 (remember that this should be changed to something else in your actual command), the destination to 01 (that ‘s the address of your other XBee), the local address to 0 and your baud rate register to 4, which corresponds to 19,200 baud. WR writes the configuration to the firmware, so that the settings are preserved in firmware. From now on you’ll be talking to the XBee at 19,200 baud. [If at some point you want to go back to 9600 baud, the command ATBD3,WR,CN will do the trick.]

Connect your second XBee and again use the +++ sequence to go into command mode. Then issue this command:

The only difference here is that for the second XBee, you set the destination address to 0 and the local address to 1. The two XBees are now configured to talk to each other. 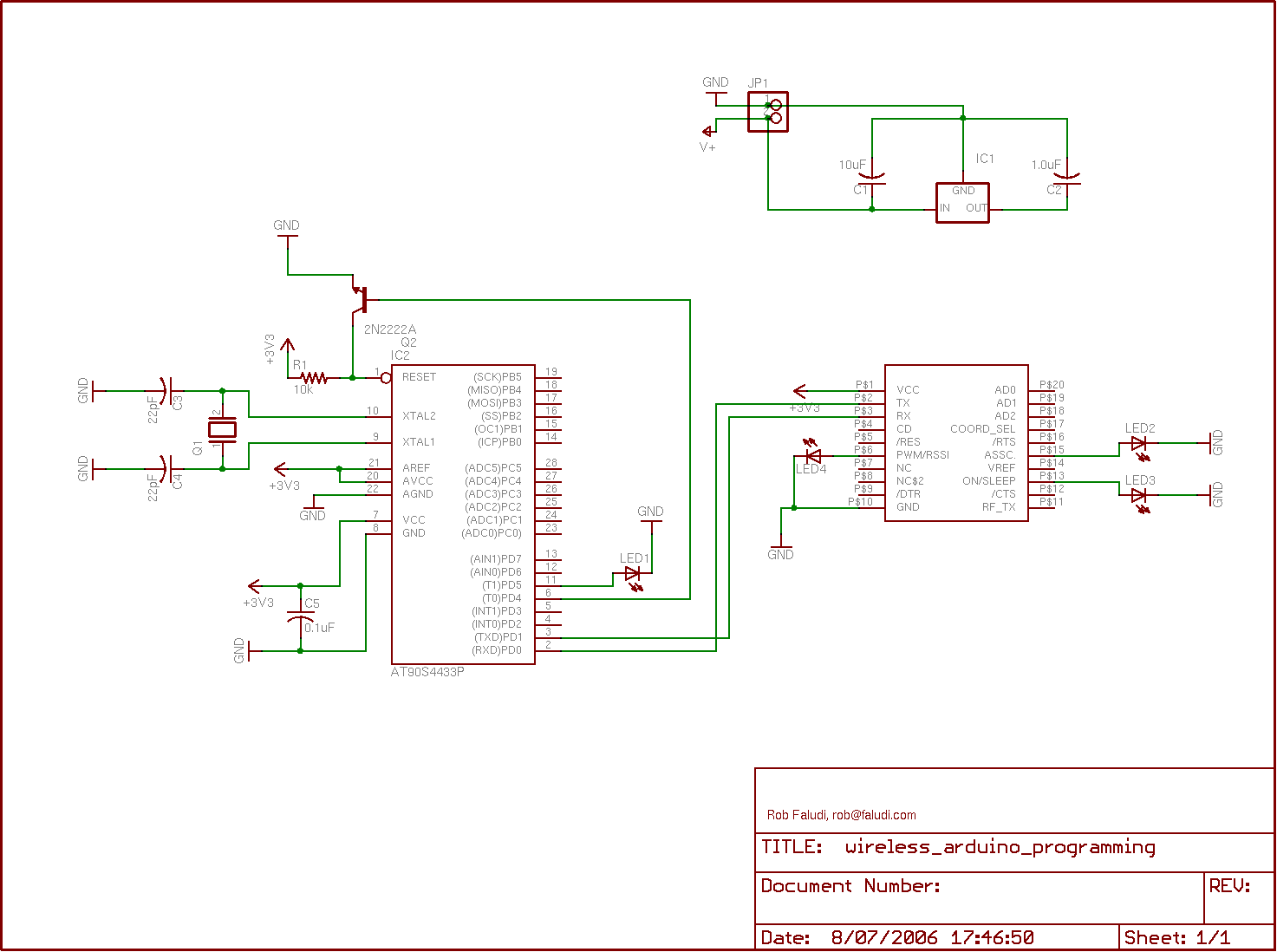