I’ve been reading a lot about receivers, and it sounds like one important thing is filtering. It makes sense too – simple receivers can suffer from front end overload due to a strong signal.  And when on the ham bands, you never know where that strong signal may be – it could be someone driving down the road (which is a bit obvious once you see it), but in my neighborhood, if you don’t know me, you’re probably not going to know about the antennas in my attic. 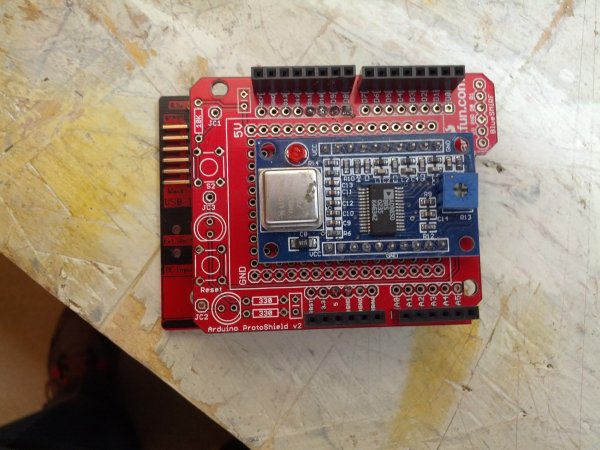 The way I figure it is this:

An Arduino (and this could become a Raspberry Pi or any number of other devices, but I’m going to use an Arduino because it’s cheap and relatively durable) controls a direct digital synthesizer (DDS) module that just scans through it’s limits… well, probably something like 0.5 MHz – 40 MHz – that gets me into the AM broadcast band (which can be a source of strong signals) to above the 10m band (I don’t know what’s up there, but whatever’s there is probably not running 50,000 watts). 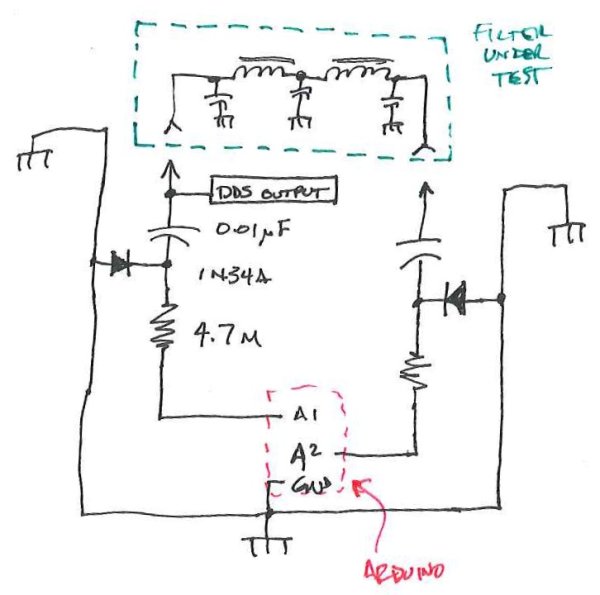 The output of the DDS would have an RF voltmeter and a probe to go to a filter.  There would be another RF voltmeter to sense a filter output.  The Arduino would handle not only control, of the DDS, but also sensing the voltage.

This is a block diagram/schematic of how this will work. I didn’t include the DDS module, which would be tied in there somewhere.

Using laser-cutting, off-the-shelf hardware and Arduino, you can make your own simple 3 axis robot. Attach a brush or pen...