Background
Every Christmas we set up a large LEGO train layout in a section of the living room. This year, I ended up winning an eBay auction for a number of older-model LEGO road plates, one of which included a T-intersection. At about the same time, I saw a web magazine article on how to get started programming an Arduino embedded microcontroller. I’m a computer programmer by trade.

Inspiration
It seemed obvious to me at this point that a perfect project would be to create an LED traffic light out of LEGO bricks, some LEDs and resistors and an Arduino Nano controller. The T-Intersection became the center-piece of the layout. This Instructable will lead you through building the traffic light, as well as illustrate how the Arduino program works.

Take Two
This is my second attempt at building the traffic light. On the first attempt, my 9-year old son helped me. Being slightly impatient, as 9-year-olds are apt to be, I was left with no time to take detailed photographs. The LEDs I used, found in my parts bin, were also extremely dim: bright at night, but invisible in the day. 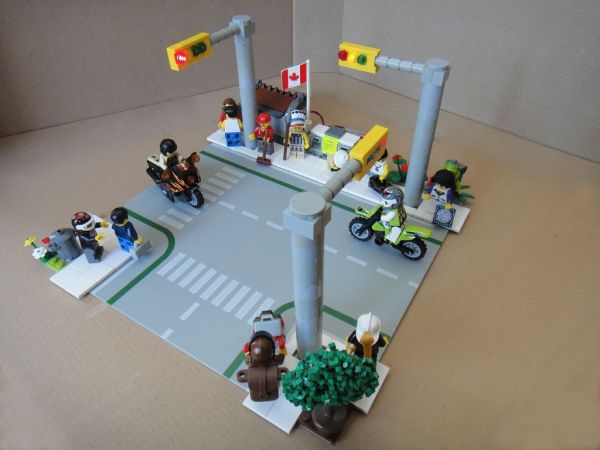 With this second attempt, I obtained much brighter LEDs from a string of LED Christmas Tree lights that only half lit up. I also took very detailed close-up photographs with a brand new Sony DSC-TX5 digital camera that can close focus down to 1cm. I’ve annotated many of the photos.

Alternates
You can choose to build this Instructable as presented or just use it for inspiration for your own creation. I realize that LEGO T-intersection road plates have long since been discontinued and are hard to come by now. Cross-intersections are all that are available in LEGO stores now. You might choose to build a fourth light. I’ve supplied an alternate program that should drive a cross-intersection with four advance green-lights. It should work, but since I was testing the program only on my T-intersection, it might not work perfectly. You’ll need more LEGO bricks and LEDs to build such a light.

Parts for this Instructable, a three light T-intersection with one advance green light

Electronic parts for this Instructable,

Parts for a cross-intersection with four advance-green lights
Should you choose to build the alternate model, this is my best guess at the parts that are required.

Step 2: Testing LEDs from a string of Christmas Tree lights

Looking at the LEGO base-plate, it became obvious to me that one of the lights just needed to have an advance turn indicator. So for this project, a total of 10-LEDs will be needed:

All the LEDs in this project are T-1 size, which is 3mm in diameter that fit perfectly in the round hole of a head light brick. I happened to have a broken string of LED Christmas Tree lights in which only half the string lit. This became a perfect supply of very bright LEDs.

You can opt to purchase LEDs if you wish. You’ll want LEDs that are rated at 20,000mcd (millicandela). That’s bright enough to see them in sunlight. If you buy LEDs or have some on hand, you can skip straight ahead to step 7.

This, up to step 6, are all about extracting an LED from an individual Christmas tree bulb.

First cut an LED from the string of lights, strip the ends of the wire with a #14AWG (American Wire Gauge) wire-stripper and test the LED. Do this for each LED. You don’t want to bother breaking into a light only to find out later it was burnt out. LEDs last a long time, but they can burn out.

I like to fiddle with electronic circuits from time to time, so long ago I built myself a dual-voltage, dual-polarity power supply and incorporated some other features into it, such as some fixed rate frequencies, a variable-rate frequency generator, and an LED tester. That’s what you’re looking at in the image. 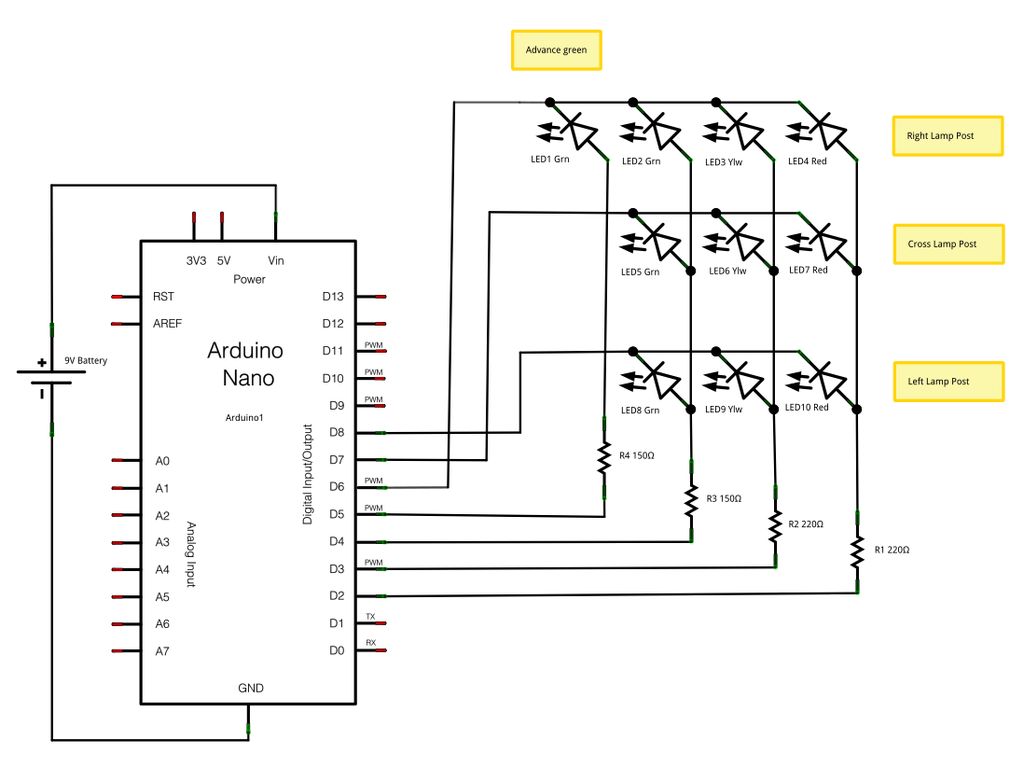