“FTDI is very excited about the new Android Open Accessories initiative and in response has decided to provide support for it in both the Vinculum II dual USB host/device controller IC and the low cost Vinco development board product offerings” states the company’s CEO and founder Fred Dart. “We expect this to have a major impact on the way engineers carry out future development projects, giving them access to a far greater breadth of device connectivity.”

This move will prove to be of great benefit to engineers using the company’s Arduino-inspired Vinco platform (which was released in November 2010) to create USB 2.0 connected embedded systems. The major advantage that Vinco has over other development platforms of this kind is that the host controller capability is already integrated into the board itself. This means that design engineers do not need to budget for an extra USB host controller card/IC to implement Android Open Accessories. 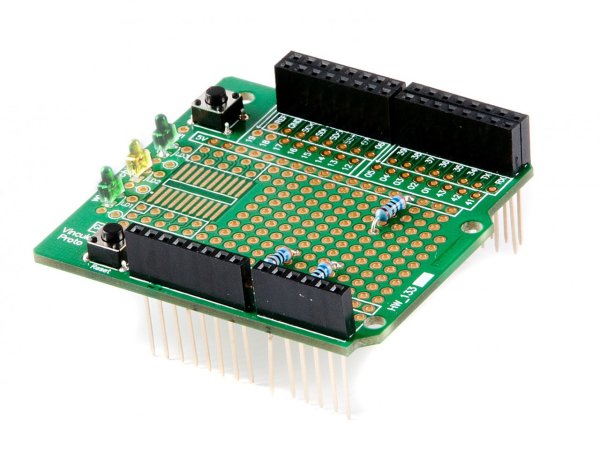 “As Vinco incorporates USB host controller functionality, it totally eliminates the need for any secondary host controller hardware to be added, thereby dramatically shortening the development process and reducing the bill of materials” Dart adds. “As a result more ambitious, imaginative and cost-effective designs will be possible.”

Vinco is a cost effective Vinculum-II (VNC2) development platform inspired by Arduino. The Vinco is a dual channel USB Host/Device Controller is targeted at rapid development and prototyping of USB Host/Device interfaces. Vinco is a superset of the Arduino Duemilanove / Uno with 2 extra rows of headers providing an extra 10 pins and can be programmed using a subset of standard ANSI ‘C’ using the FTDI free of charge software development environment, consisting of development tools, software drivers and libraries.

The Vinco features an 8-channel, 10Bit ADC, PWM interface and supports connectivity to a wide range of application boards developed by the Arduino open-source community. These include Ethernet, motor control, LCD and many others applications.

The module uses a VNC2-64Q package to facilitate 38 GPIO options on 0.1” pitch header pins. A 10 bit A/D converter has also been added to offer connectivity to analogue inputs. This A/D converter can be read by the VNC2-64Q SPI host interface.

Vinco may be used with many existing Arduino shields by porting the firmware to run on the VNC2 IC.

A bare prototyping Vinco PCB provides add-on expansion board support and has the same PCB form factor as the Vinco. This can be used to prototype most shield application, comes with a selection of components and mates directly to the Vinco connectors in a style similar to Arduino shields.

Glyn is also introducing a Vinco shield with Seiko TFT Display with/without touch (see photos in gallery above). More details about this will be available soon.

The Vinco Ethernet RTC MP3 shield is designed to connect directly to the FTDI Vinco development PCB. The shield will allow the Vinculum-II (VNC2) device on the Vinco PCB to access an Ethernet port which uses the Wiznet W5100 chipset, audio files using the VLSI VS1053b CODEC and access a Real Time Clock using the NXP PCF32123 device.

The Ethernet function allows the VNC2 to bridge USB, UART, SPI, PWM data to a network, while the RTC may be used for time stamping files stored on USB memory sticks accessed with the Vinco baseboard. The audio codec may be used to decode MP3 audio files for playback on the 3.5mm headphone socket.

These 3 functions are accessed via the VNC2 SPI Master mode and libraries to support the function are available for free with the VNC2 Toolchain. 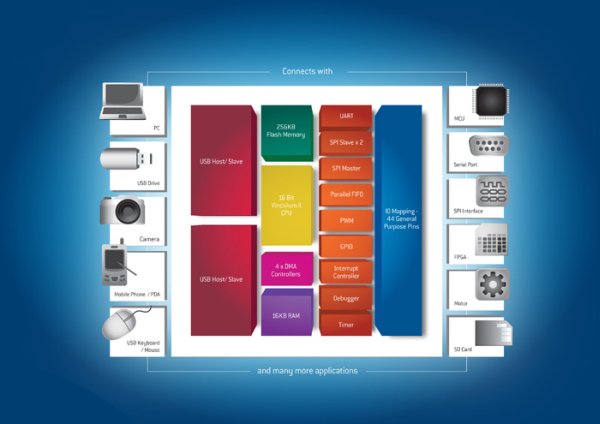 The Vinco Touch-Key is a shield that mates with the FTDI Vinco development module to allow touch pad operation. The shield includes an STMPE821 device, which is an 8-channel GPIO capacitive touch-key sensor. The sensor communicates to the Vinculum-II (VNC2) (on the Vinco module) via I2C protocol.

Additionally there are 4 push buttons and 5 LEDs which may manipulated by the VICNO baseboard.

An additional connector, to mate with the VNC2 debugger/programmer module (also available from FTDI) is provided to connect to the VNC2 IDE (Integrated Development Environment) for creating and debugging application code to run on the Vinco module.

The debugger/programmer module also allows the Vinco module to be programmed. This can be done by taking a .ROM file of the application source code and flash into the VNC2-64Q through a USB connection via a PC.