Oscar Gonzalez gives us a simple tutorial for speed controlling a PC FAN and reading a LM35 temperature sensor with an Arduino microcontroller. He covers the use of an optocoupler, PWM (Pulse Width Modulation) and reading analog voltages with the Arduino. He even has a video showing the fan speed control in action.

This article was submitted by Oscar Gonzalez as part of the “Hobby parts for articles” program. Oscar receives a Arduino compatible Modern Device Company Bare Bones Kit for this great article. 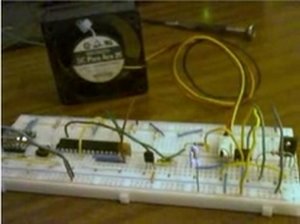 Goal
Control a device that requires 12V from the Arduino without frying it. The Arduino is a 5V device and can not directly drive a 12V device such as a PC fan. There are many possible solutions but my approach is using the CNY75 optocoupler to separate the two voltages.

The optocoupler’s internal transistor does not have sufficient current capacities to drive a DC motor (like our FAN) directly. To boost the current I used a BD137 transistor which can drive up to 1.5 Amperes. This power transistor is sufficient for controlling PC Fan motors. The PC Fan model I used runs needs about 300 mA. 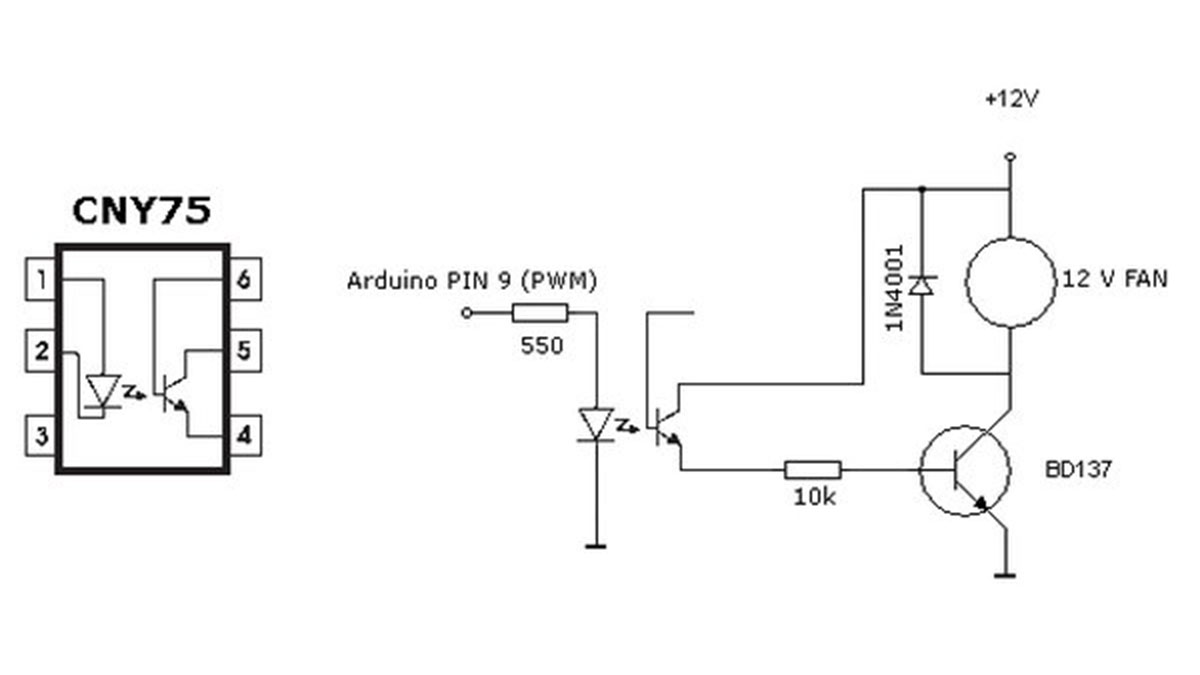 Testing the speed control
I tested the speed control with the “LED Fade” Arduino example sketch. Connect the internal CNY75 LED trough a 1K resistor. The motor should go from quiet (slow) to full cooling (fast) progressively. You can modify the example program to change the slow to fast cycle.