For my project, the Arduino output is not enough so digging on the net and asking to a friend some help, I managed to build an amplifier to feed my 3 computer fans.

This circuit can be used as an amplifier to switch on and off a DC motor and to regulate its spinning speed with a PWM source generator. In my case the PWM generator would be the PIN 9, 10 and 11 from the Arduino board. 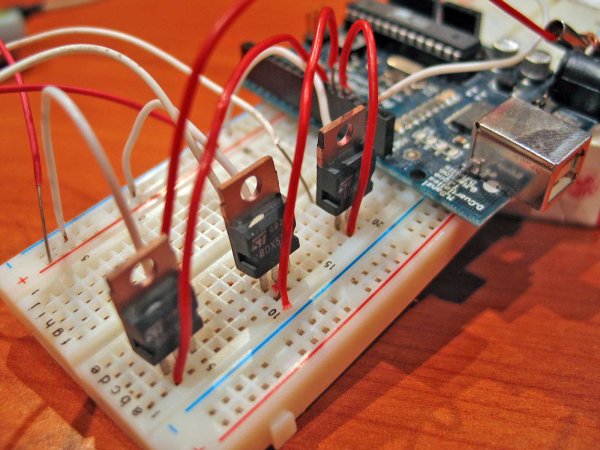 Given that the adapter that I will use to drive my 3 computers fan has a voltage of 12V and an intensity of 1,5A, a common npn transistor would not do the job and burn quite fast. From the datasheet, you can see that the BDX53, the transistor that I chose is used to drive small drills, for example, so perhaps it would be quite good for the completion of my project. The diode, put in parallel, is used to control and limit the extra tensions that can be generated by the adapter that would damage the transistor.

For more detail: An amplifier for Arduino