Using the Mouse library, you can controls a computer’s onscreen cursor with an Arduino Leonardo, Micro, or Due. This particular example uses a five pushbuttons to move the onscreen cursor. Four of the buttons are directional (up, down, left, right) and one is for a left mouse click

Cursor movement from the Arduino is always relative. Every time an input is read, the cursor’s position is updated relative to it’s current position.

Whenever one of the directional buttons is pressed, the Arduino will move the mouse, mapping a HIGH input to a range of 5 in the appropriate direction.

The fifth button is for controlling a left click from a mouse. When pressed, the board sends a press to the computer. When the button is released, the computer will recognize the event.

NB: When you use the Mouse.move() command, the Arduino takes over your computer’s cursor! To insure you don’t lose control of your computer while running a sketch with this function, make sure to set up a controller before you call Mouse.move(). This sketch only updates the cursor position when a button is pressed. 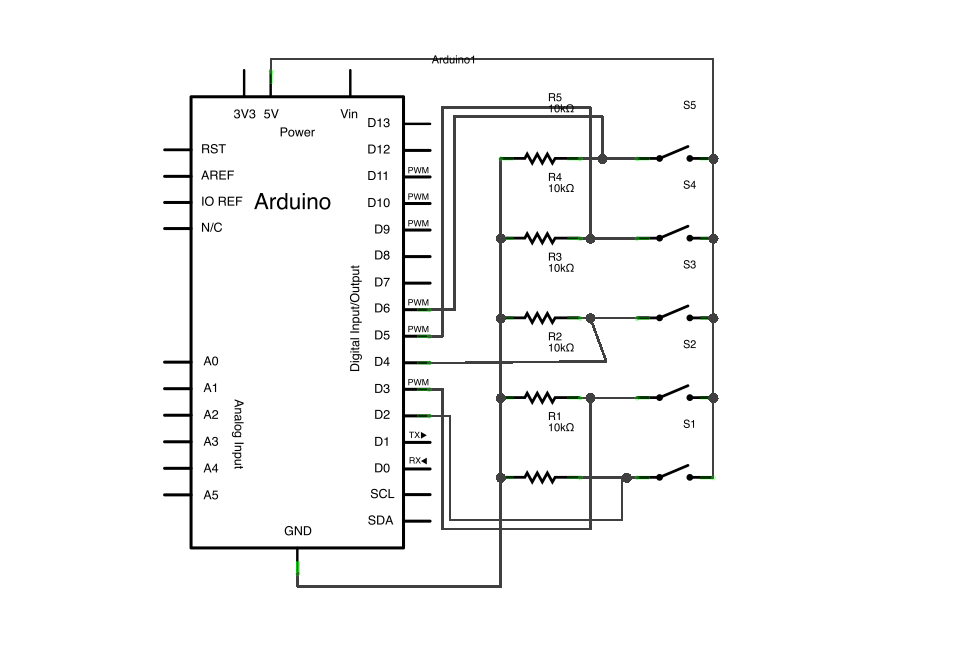 The String functions charAt() and setCharAt() are used to get or set the value of a character at a given...