Hi guys, during the last few weeks, I’ve been working on reconnecting with my love for the guitar. Playing the box guitar was how I relax few years back before the saxophone took over. Going back to the guitar, after 3 years of rarely strumming a chord, I discovered amongst other things that I no longer knew how each of the string should sound, to put it in my friend’s words, “My hearing was no longer tuned” and as a result of this, I was not able to tune the guitar without the aid of a keyboard or a mobile app which I later downloaded. The weeks went by till few days ago when the maker in me became motivated and I decided to build an Arduino based Guitar Tuner. In today’s tutorial, I will be sharing how to build your own DIY Arduino Guitar Tuner. 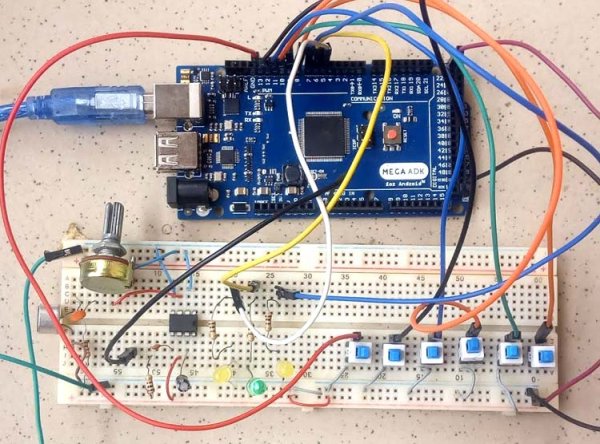 Before we move to the electronics, its important to understand the principle behind the build. There are 7 major musical notes denoted by the alphabets; A, B, C, D, E, F, G and usually end with another A which is always at an octave higher than the first A. In music several versions of these notes exists like the first A and the last A. These notes are distinguished each one from their variation and from one another by one of the characteristics of sound known as pitch. Pitch is defined as the loudness or lowness of sound and its indicated by the frequency of that sound. Since the frequency of these notes are known, for us to determine if the guitar is tuned or not, we only need to compare the frequency of the note of particular string to the actual frequency of the note that the string represents.

The frequencies of the 7 musical notes are:

Each variation of these notes is always at a pitch equal to FxM where F is the frequency and M is a non-zero integer. Thus for the last A which as described earlier, is at an octave higher than the first A, the frequency is;

The guitar (Lead/box guitar) usually has 6 strings denoted by the notes E, A, D, G, B, E on open string. As usual, last E will be at an octave higher than the first E. We will be designing our guitar tuner to help tune the guitar using the frequencies of these notes.

According to the standard guitar tuning, the note and corresponding frequency of each string is shown in the table below. 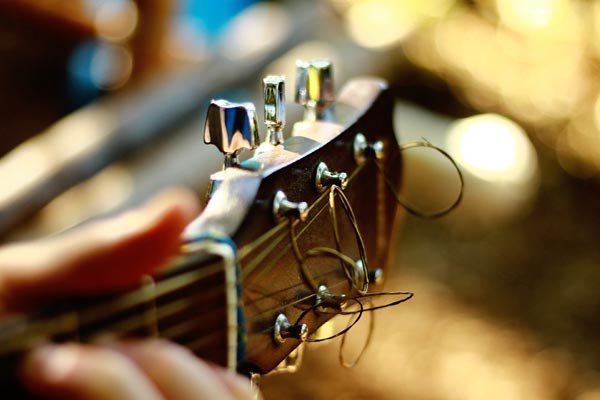 The project flow is quite simple; we convert the sound signal generated by the guitar to a frequency then compare with the exact frequency value of the string being tuned. The guitarist is notified using an LED when the value correlates.

Connect the components as shown in the Guitar Tuner Circuit Diagram below.

The push buttons are connected without pull up/down resistors because the Arduino’s in built pullup resistors will be used. This is to ensure the circuit is as simple as possible.

Complete Arduino code is given at the end, here we have briefly explained the important parts of code.

We start by creating an array to hold the switches.

Next, we create an array to hold the corresponding frequency for each of the strings.

With this done, we then declare the pins to which the LEDs are connected and other variables that will be used for obtaining the frequency from the ADC.

Next is the void setup() function.

Next, is the void loop function, we implement the frequency detection and comparison.

The complete code with a demonstration video is given below. Upload the code to your Arduino board and strum away.