Traffic light control hasn’t changed much in the last decades. Since IT changes everything, it’s time to transform the traditional traffic control systems to smart ones that adapt and react to their environment. 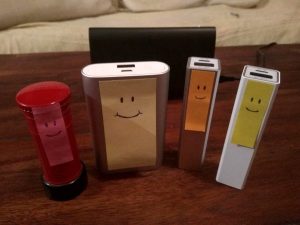 I was experimenting with Walabot, trying to make something with cats, because… Well because cats are fun. But then this happened:


He wasn’t the biggest fan of the cat + Walabot topic. Anyway I had to go shopping to buy some food. On the way to the grocery I had to wait a lot of time to get the green light at a couple of pedestrian crossings. There were hardly any cars on the roads but I was keep getting the red lights. Traffic lights efficiency can be terrible, sometimes. That was the moment when I realized that something needs to be done about this issue and you’re reading the end result of it.

To handle this situation we need two things:

This doesn’t seem to be too difficult. Let’s do some research to figure out the details!

The traditional traffic lights with constant timings cannot react to their constantly changing environment so they do not update their timings accordingly. Obviously the main reason is they don’t have sensors, so they don’t know their environment. In this case the “What would be the best sensor?” question is not trivial. Cameras can work in most cases, but we have to take into consideration these factors:

That said, cameras are definitely a good choice for the recognition of cars, but in case of pedestrians I’ve got a better idea: Walabot. A 3D sensor that uses microwaves for imaging. It can do amazing things like see through walls, detect your breathing from a distance, see in dark and so on. I don’t want to write pages about its other capabilities because others did a great job and did it a couple of times. I’ll focus those parts that are related to my project.

The Walabot generates microwaves and the image is created based on the returning signals. The Walabot produces weaker microwaves than your smart phone, so don’t worry it’s not a portable microwave oven. It can see for about 10 meters in air. This revolutionary piece of tech lacks the previous issues of cameras.

This is how Walabot see things:

Walabot seems to be the perfect sensor to detect pedestrians. Its biggest advantage is to change the detection range very easily. If you want to detect objects only in a 2 meter range you can do that very easily, just change one parameter. Try that with a 2D camera! 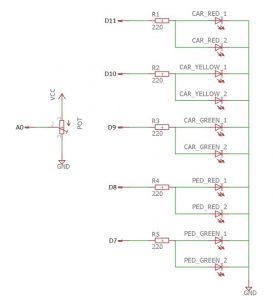 Unfortunately this max 10 m range means that we cannot use it to detect cars. We would need higher range. For this purpose cameras might be better anyway. Cars follow the rules of traffic. It is much easier to predict and handle the behavior of cars. However, in this project I’ll look at car detection as a black box and I emulate it. Detecting cars with cameras would require working with neural networks or other difficult stuff, so I leave that for now. Maybe we won’t need that at all. In a couple of years all cars will be connected to the internet – especially self driving cars – so counting them with cameras won’t be necessary. Self driving cars, smart cities, controlled traffic flow, IoT Lots of things are gonna change in the next decades.

Stepper motors is a brushless DC motor that rotates in discrete steps, and are the best choice for many precision motion...