What is the OctoSynth you may ask? The octosynth is a polyphonic synthesizer that is able to produce eight Pulse Width Modulated tones that form together a musical scale. In English terms, it is a 8 key electronic organ that can play more than one tone at once but only one scale.

Special thanks to Joe Marshall who wrote the very useful code.

As suggested in the title, it runs on Arduino. 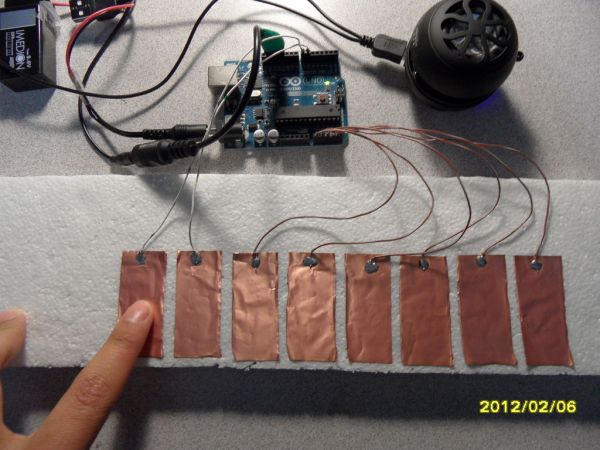 So before we get started, let’s see what is sounds like. Shall, we?

Step 1: Parts of The OctoSynth.

An Arduino
12 Male headers (2 together and another six together. Also, another 4 together(Optional))
8 Uniformly LONG Wires ( By long I don’t mean 3 meters but it means a decent 10 inches or maybe, 20 centimeters.)
A Certain Amount of Copper Tape (Get a roll to be safe)
Enclosure (I used styrofoam as a base but if you want an enclosure, which is totally fine, you can use one. The length will depend on the wideness of you choose.)
Power Jack and Battery
Speaker 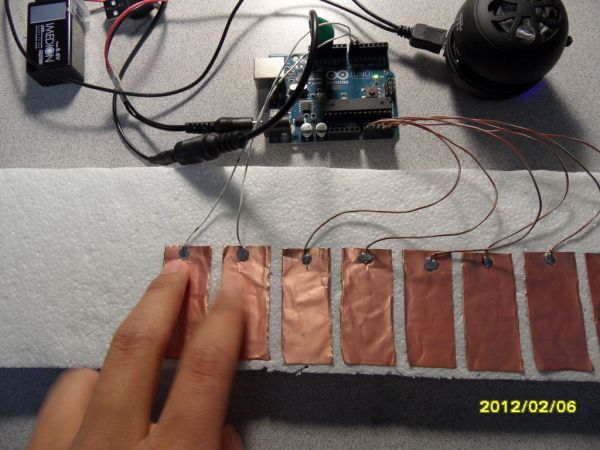 Upload the code below to the Arduino.

Open with the viewer of your choice.

For more detail: The Arduino OctoSynth