Hello guys, i want to sharing about my simulation project. This is about microcontroller with LDR sensor and LED. I will create this automatic lighting project with Arduino and Proteus 8. You must remember that this is just a simulation project. If you want to realize it , it is much better. It’s so simple and easy , you just need this components below
1. Light Dependent Resistor (LDR) 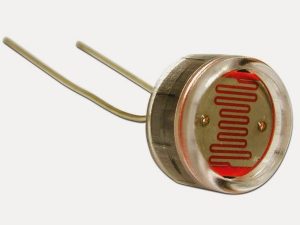 Light Dependent Resistors (LDRs) also known as Photoresistors, or photocells, are low-cost variable resistors where the resistance changes depending on the amount of light hitting its surface. In dark environments the resistance is high; in light environments the resistance is lower. Due to the imprecise nature of photoresistors, they are unsuitable for measuring exact levels of light but are capable of detecting changes. They can be used to respond to events such as the transition from daytime to night-time (and vice versa) for home automation and gardening applications, and are often used to control street lighting. In this project, Arduino Uno will controlling it with ADC pin and Digital Output pin.

The Arduino Uno is a microcontroller board based on the ATmega328 .It has 14 digital input/output pins (of which 6 can be used as PWM outputs), 6 analog inputs, a 16 MHz ceramic resonator, a USB connection, a power jack, an ICSP header, and a reset button. It contains everything needed to support the microcontroller; simply connect it to a computer with a USB cable or power it with a AC-to-DC adapter or battery to get started.” For more information, you can click Here. 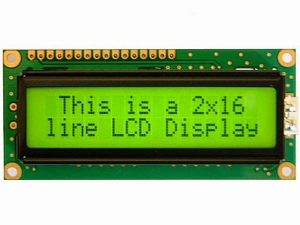 Liquid Crystal Displays (LCDs) offer several advantages over traditional cathode-ray tube displays that make them ideal for several applications. Of course, LCDs are flat, and they use only a fraction of the power required by CRTs. They are easier to read and more pleasant to work with for long periods of time than most ordinary video monitors. There are several tradeoffs as well, such as limited view angle, brightness, and contrast, not to mention high manufacturing cost. As research continues, these limitations are slowly becoming less significant. In this project, LCD will be used for give your information about ADC Value from LDR. 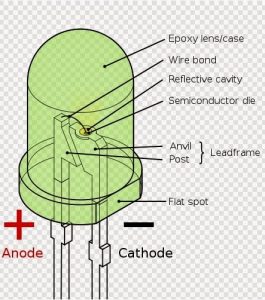 The LED is a light source which uses semiconductors and electroluminescence to create light. Currently the LED lamp is popular due to it’s efficiency and many believe it is a ‘new’ technology. It common uses: indication lights on devices, small and large lamps, traffic lights, large video screens, signs, street lighting(although this is still not widespread). LEDs create light by electroluminescence in a semiconductor material. Electroluminescence is the phenomenon of a material emitting light when electric current or an electric field is passed through it – this happens when electrons are sent through the material and fill electron holes. An electron hole exists where an atom lacks electrons (negatively charged) and therefore has a positive charge. Semiconductor materials like germanium or silicon can be “doped” to create and control the number of electron holes. Doping is the adding of other elements to the semiconductor material to change its properties. By doping a semiconductor you can make two separate types of semiconductors in the same crystal. The boundary between the two types is called a p-n junction. The junction only allows current to pass through it one way, this is why they are used as diodes. LEDs are made using p-n junctions. As electrons pass through one crystal to the other they fill electron holes. They emit photons (light). 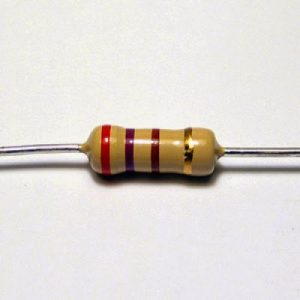 A resistor is a component that resists the flow of electricity. This flow of electricity is called current. Each resistor has a value that tells how strongly it resists current flow. This resistance value is called the ohm, and the sign for the ohm is the Greek letter omega: Ω. (Later on you will see the symbol kΩ, meaning kilo-ohm, which is one thousand ohms.) In electronic circuits, resistors play an important role to limit the current and provide only the required biasing to the vital active parts like the transistors .

How To Build This Project ?

1. Open your Proteus 8 Professional and create this circuit. 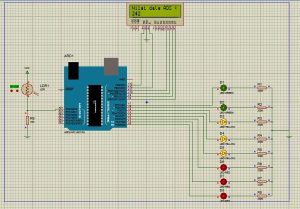 2.  Open Your Arduino Software and create this code in here 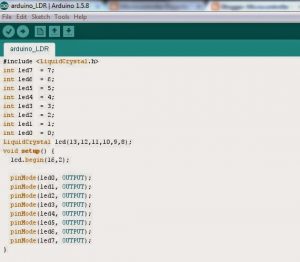 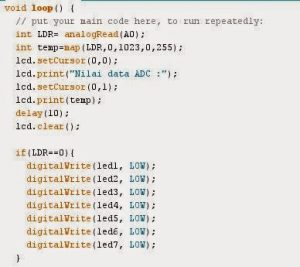 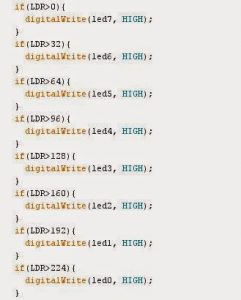 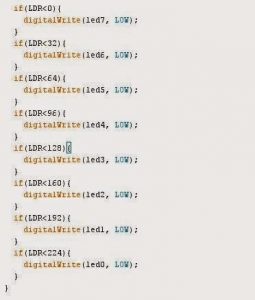 Watching this simulation video, and Enjoy to try it 🙂
IS SO EASY, RIGHT ?

YOU HAVE TO TRY THIS PROJECT…. And Please, Share this articel from now 🙂 Thanks Guys 🙂 🙂 🙂

25 Useful Arduino Shields That You Might Need to Get

Arduino shields are boards that will expand the functionalities of your Arduino. You just need to plug them over the...