This instructable will help you understand the iPod serial protocol, and how to send commands to an iPod using an Arduino.  This instructable is only meant to show the basics of the protocol and is by no means complete.  I only had enough hardware space for 4 buttons, and the software reflects that. 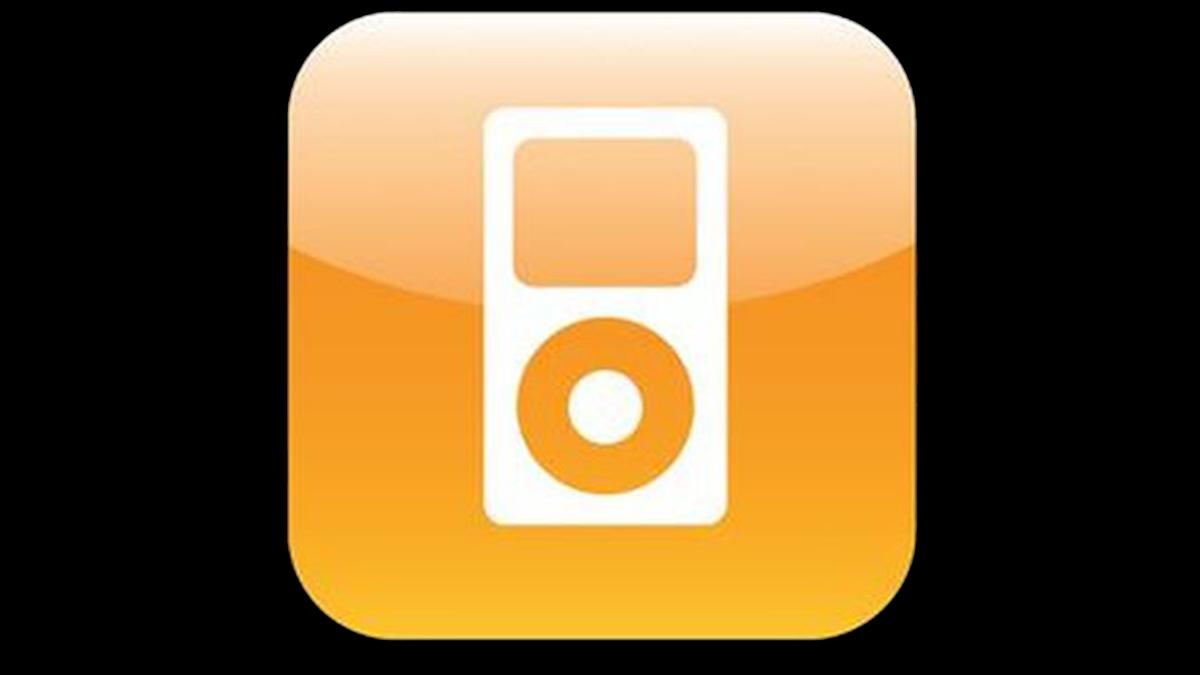 The most important part of this setup is the voltage divider .  The iPod Rx only expects 3.3v, so anything more than that (like the Arduino’s 5v TX) could hurt your iPod.  The voltage divider is a safe way to ensure that when the Arduino sends a 5v HIGH, your iPod only gets hit with a 3.3v HIGH.

The divider is accomplished in two steps.  First tie the Arduino TX (pin1) to a 1k ohm resistor.  Second, on the other end of the resistor attach iPod pin 13 (RX) AND two 1k ohm resistors (in series).

The 500k Ohm resistor attached to pin 21 tells the ipod that you will be using a serial communication (see reference ).

Both iPod pins 1 and 11 should be grounded to the arduino.  (To the nit pickers, I know the references state different things about pin 11, but grounding it seems to have no effect on this project.)

The rest of the hardware should be pretty straight forward, if you’d like more information on push buttons there is a tutorial on the arduino website .

For a more detailed description, see this reference .  For a quick and dirty version, keep reading.

The iPod can communicate in four different modes, this instructable uses Mode Two: iPod Remote.  Other modes include Advance iPod Mode and Voice Recorder Mode.  Messages are sent via the arduino’s uart, with a baud rate of 19200 .  Each message has the same format, and as a result, most Mode Two messages are 7 bytes long. 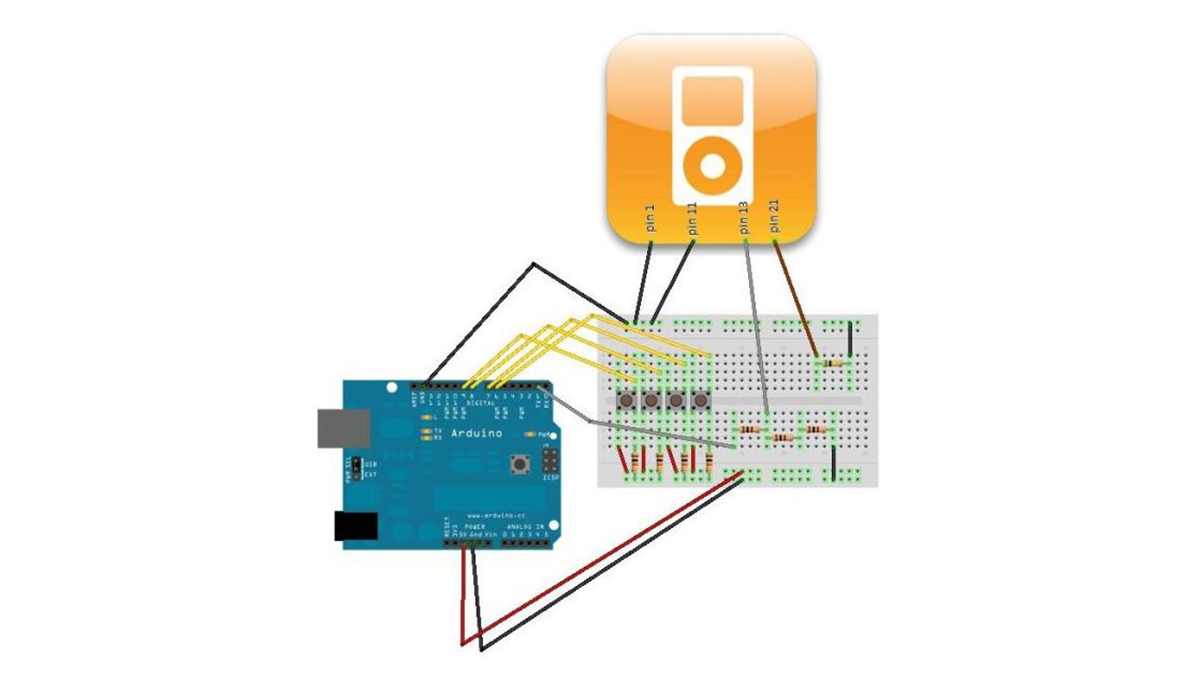 All messages start with a header that is 2 bytes long.  This header is always 0xff, 0x55.  Next comes the message length .  This value tells the iPod how many more bytes to read.  Next comes iPod mode .  We always operate in mode 2 so this doesn’t change in our code.  The next two bytes are the command word.  The reference above has a list of all the known command words in detail.  The command word can actually be more than 2 bytes, but this software only supports 2 byte commands.  Next comes the parameters , these are used in Mode Four only, so this project keeps this value set to 0x00.  It is also omitted from the command.  Finally, the checksum is calculated for error checking.  The checksum is equal to the sum of the length , mode , command and parameters  bitwise anded with 0xff (to mask off 8 bits) and subtracted from 0x100.