Okay, I cheated. Any similarities between previous Instructables uploaded by me and the graphics, pictures, text and / or programming code is purely intentional. It certainly made putting this one together a whole lot easier.

This Instructable is my Arduino version of the Rock Paper Scissors Lizard Spock game devised by Sam Kass and Karen Bryla.

I followed their rules so it has the same game play as they came up with, and if you have played it before, you’ll know what I mean.

Here’s a video of it in action but it does not show every condition of wins or losses, just a representation of some of the possibilities. 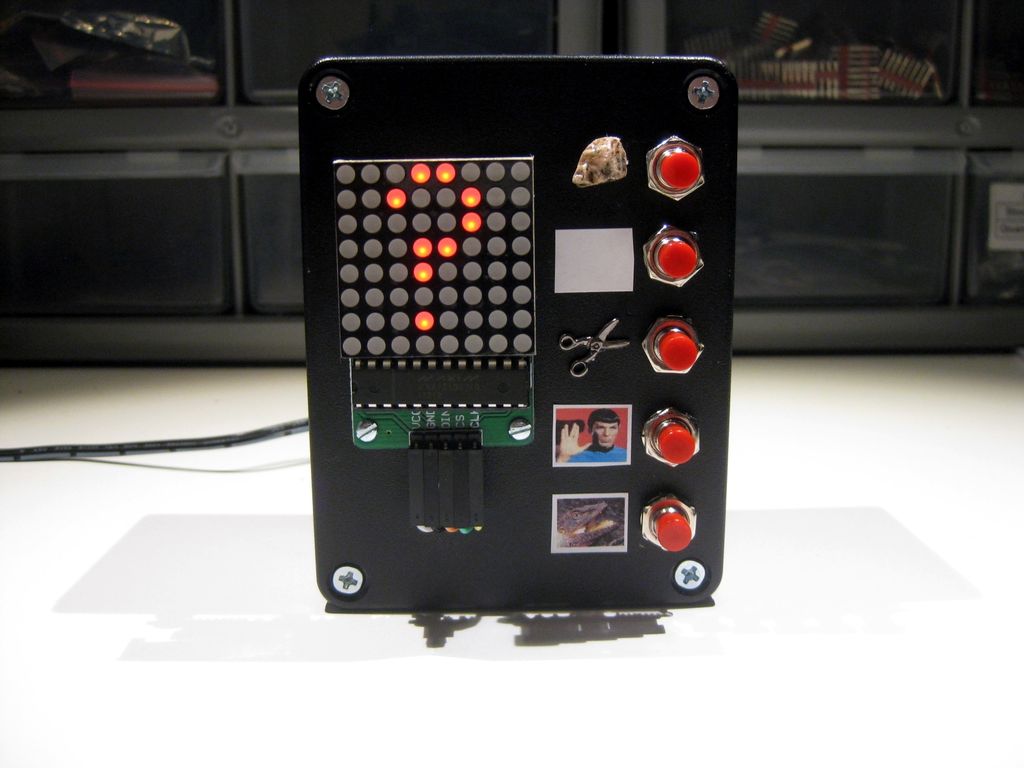 For those of you who want a detailed description of what you see on the 8×8 LED matrix, here’s a breakdown on the graphics:

The “?” is the challenge…ready for your input.

The “C” is the computer.

The “U” is you the human player.

The straight horizontal line is the paper.

The broken “X” is the scissors.

The fancy “V” is Spock (Vulcan). It’s a cross between a fancy “V” and the opened fingers.

The thing that looks like a hand puppet is the Lizard.

The thing that sort of looks like a bow tie is a Tie!

Lastly, the “W” stands for Win. 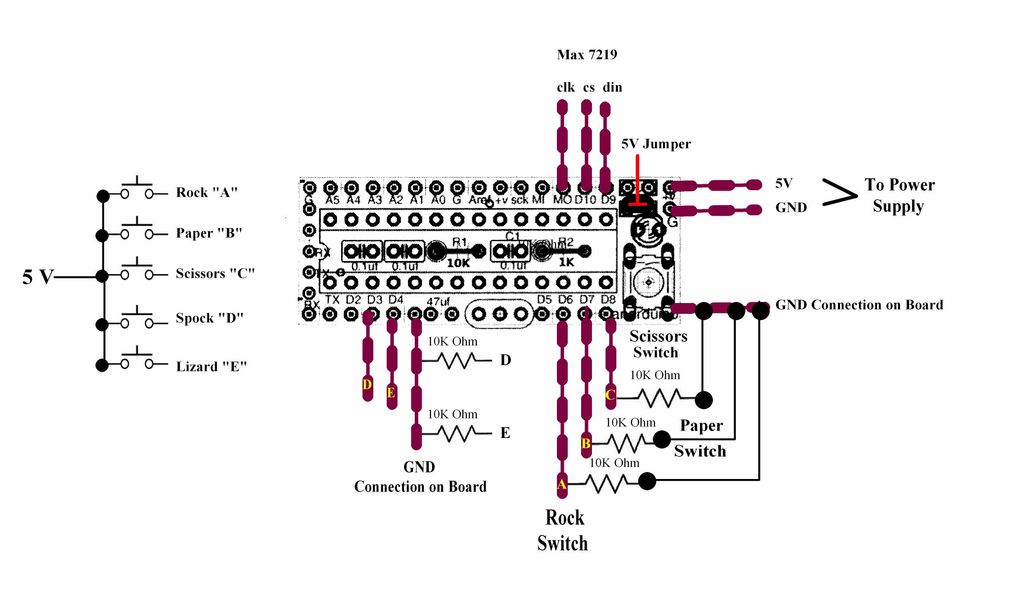 #2 hardware I use ½ inch bolts to mount parts on case. Check out jameco.com

This tutorial shows you how to read an Analog Devices ADXL3xx series (e.g. ADXL320, ADXL321, ADXL322, ADXL330) accelerometer and communicate...