NEW PROJECTS
Home News & Updates Arduino News ROBOT GETS AROUND ON ALL FOURS, THANKS TO MANY, MANY SERVOS 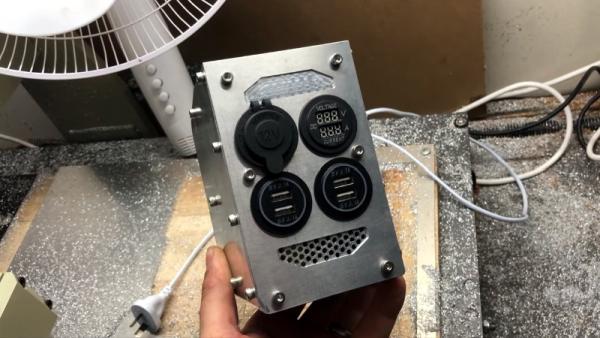 ROBOT GETS AROUND ON ALL FOURS, THANKS TO MANY, MANY SERVOS

As far as robots are concerned, wheels and tracks are great ways to get around when you’ve got serious work to do. However, if you want to build something that feels more animal than machine, building a walking ‘bot is the way to go. [Technovation] delivers a great example in the form of this quadruped design.

It’s a build executed in the modern style, taking full advantage of contemporary design tools and processes. The entire robot is built around twelve servo motors that provide rotation and translation to the robot’s joints. After importing the servo models into Fusion 360, [Technovation] set about building the rest of the body around them. An Arduino Uno runs the show, which addresses the many servos thanks to a Sensor Shield that has a multitude of useful outputs.

[Technovation] put a specific focus on durability and robustness during the design phase. The platform is intended as a test bed for various walking styles and gaits, and thus any hardware failures would be an unnecessary distraction from the project’s goals. The chassis is a great platform to learn on, and we expect to see further developments in future.

The eerily lifelike robots from Boston Dynamics may have set a high bar, but DIYers are still out there having a crack at building capable walking robots. Video after the break.

Read more: ROBOT GETS AROUND ON ALL FOURS, THANKS TO MANY, MANY SERVOS

Atmosic Technologies Inc. (Saratoga, CA) has launched the M2 and M3 Bluetooth 5.0 transceiver chips, claiming them to be the...