I made use of Smart Tank Chassis in the past 4 projects and I wanna do something very different. After searching in google and consider different stuffs for a couple of days, I found the Robot Arm Set. It looks awesome! It provides servos, servo wheels and extension wires so that I can save more time to focus on my project. I can connect it to Arduino and make use of different stuffs together for many combinations!

* I just make use of the battery and charger in my remote-controlled car for this project. : ) 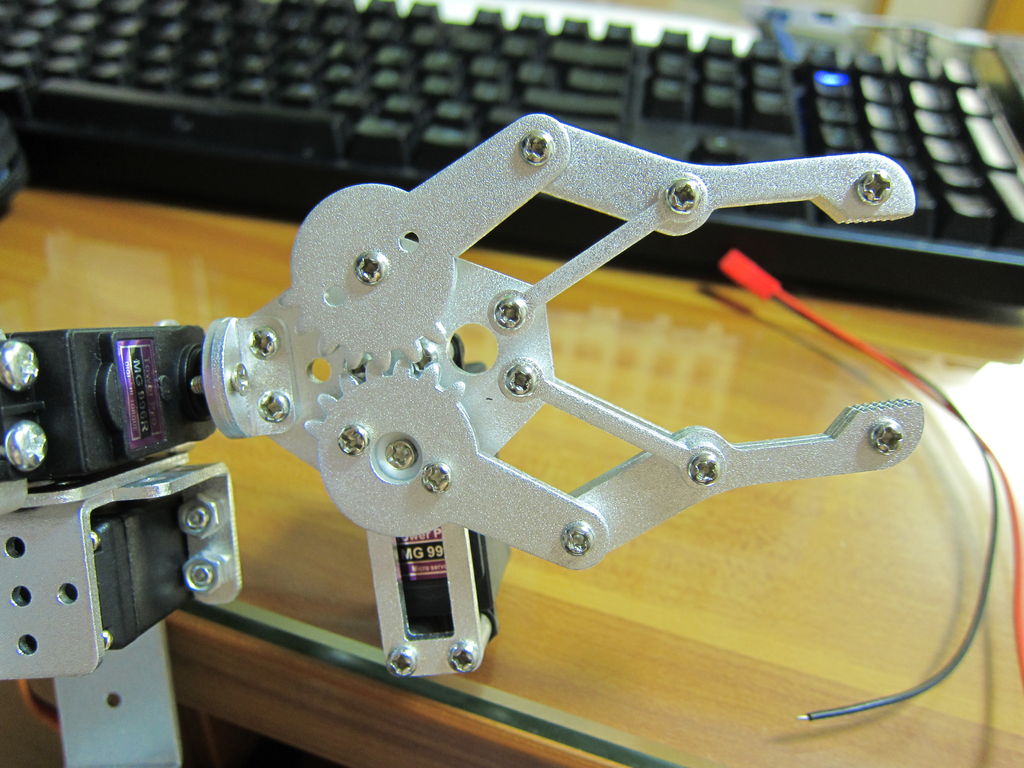 I guessed it should be very complicated and difficult to finish, but in fact it is not. It is easy to assemble. Just following a few steps in the manual and that’s it!

I wanna do a test with my PC first before connecting to Arduino. The brown color of the wire in servos represents GND, red is + and orange is for signal. To make it simple I connect the servos from the base to the claw to the servo controller with a sequence from S1 to S6 respectively. Use extension wires if the servo cable is not long enough. Make sure all the cables are in correct direction. I’ve also bundled the wires with plastic cable ties.

The servo controller is fixed at the side of the base with standoff.

The servos are powered with VS and GND of the blue terminal block on the servo controller, so red wire of 7.4 Li-Po battery is connected to VS and black wire to GND.

Next, I install both the driver and the software of this controller to my PC, and connect the controller to PC via USB. Open Device Manager in Control Panel and you can check the COM port of the controller. Then open the software, choose the COM port and click “Connect”. Now I can test the servos by sliding the bars slowly. As the servos react to the bar I slided instantly, if sliding the bars quickly, the servos will move quickly and you may get hurt. Also, don’t slide the bar further if the servo gets stuck already. It is dangerous and the servo may burn out.

During the test I’ve jotted down the maximum and minimum PWM, and the movement of the servos as follow:

READ  PCB on a Box using Arduino Board

The PWM of servos are ranged from 500 to 2500, or from 0 degree to 180
degree, at which 1500 represents 90 degree. However, as the degree needed to control the claw is far less than others, to avoid the servo gets stuck, the range of PWM is narrower compare with other servos, from 900 to 1700. The data is for reference only and there may be difference. You are highly recommended doing a test and create this table yourselves. 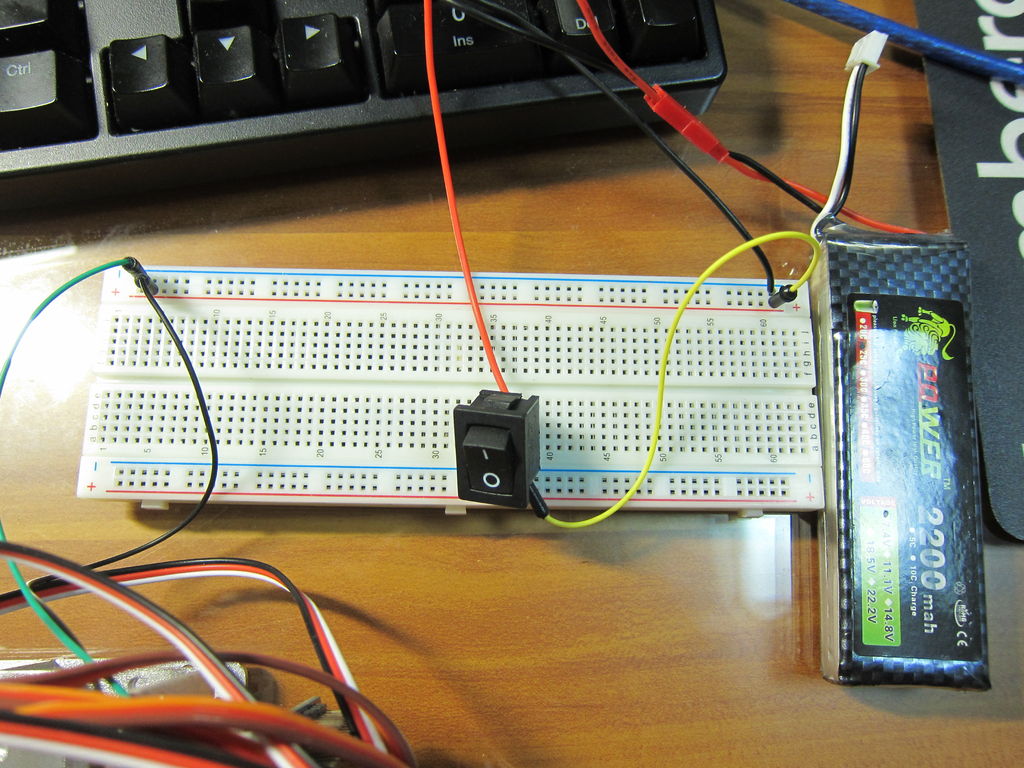 Another function of this software is that we can add a series of movements among servos and run it in cycle. After choosing one set of movement, select “Add”, and a set of code appears below “Order”, for example:

After completing a series of movements, click “Cycle run”. The arm will move continuously according to the sets of movements we’ve added.

In this instructable, I am going to show you what a servo motor is, how to use it, and ideas...