Skip to content
The RFI-DJ is a USB device for playing MP3 files from your computer. You have a set of RFID cards, each one with a song name written on it. You choose a card and place it on the RFI-DJ, and your computer will play that song. Its magic!

Actually, it’s not magic. It uses an Arduino and an ID-12 RFID scanner, and a python script running on your computer.

The device is really fun to use, and it makes a great afternoon project. The parts it uses are owned by most DIY people, and if you don’t have them, they’re pretty cheap and easy to find. The number of tracks it can play is severely limited to the number of RFID tags you have, so don’t plan on throwing away your i-pod.

Wait a minute, I think I’ve seen this before…
Yes, unfortunately, you have. After starting on this instructable I discovered that somebody had already done something very similar, which can be found here. There are still many differences in his approach, such has that his is not USB, it is standalone, and his is much bigger and is more difficult and time-consuming to make. His is also based off of an i-pod.
Also, this project was inspired by this instructable. I probably wouldn’t have thought of this without it. It’s basically the same thing, but that one was with websites, not songs.

Here’s a video I made of me playing a song with it (with my cat yelling in the background):

How it works:
An RFID scanner scans your card.
An Arduino processes the reading.
Based on the reading, the Arduino sends a letter to the serial port.
A python script reads the letter, and plays a song based on what letter it receives. 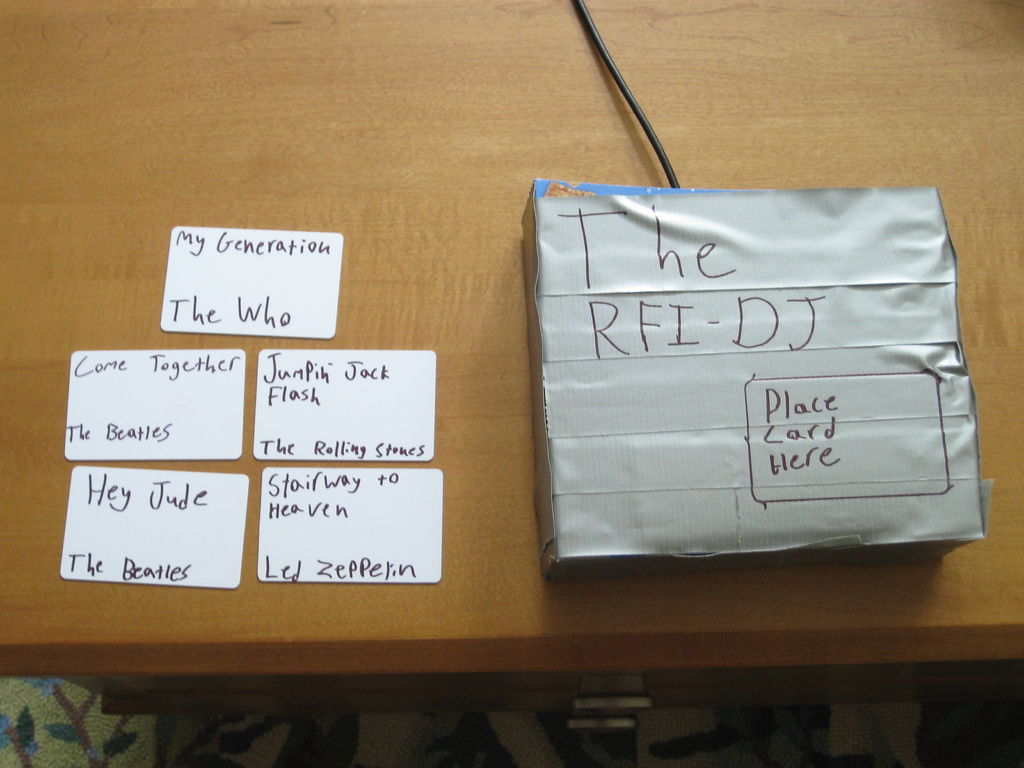 You have a lot of things to download. Okay, just two, but it felt like a lot when I was downloading them. Here’s the list, complete with installation instructions:

pySerial – A python module for serial communication.
It can be found here.
1. Download and extract.
2. Use “cd” to change your directory to the pyserial folder.
3. Use “sudo su” to change into root. (Use your root powers for good, not evil)
4. Run “python setup.py install” to install it and stuff.

You should now take the time to prepare your box. A standard cereal box works great when cut in half and wrapped in duct-tape. Then you should insert your Arduino and RFID reader. Trace an RFID tag over the reader on the box. Feel free to draw any artwork you want on the box. 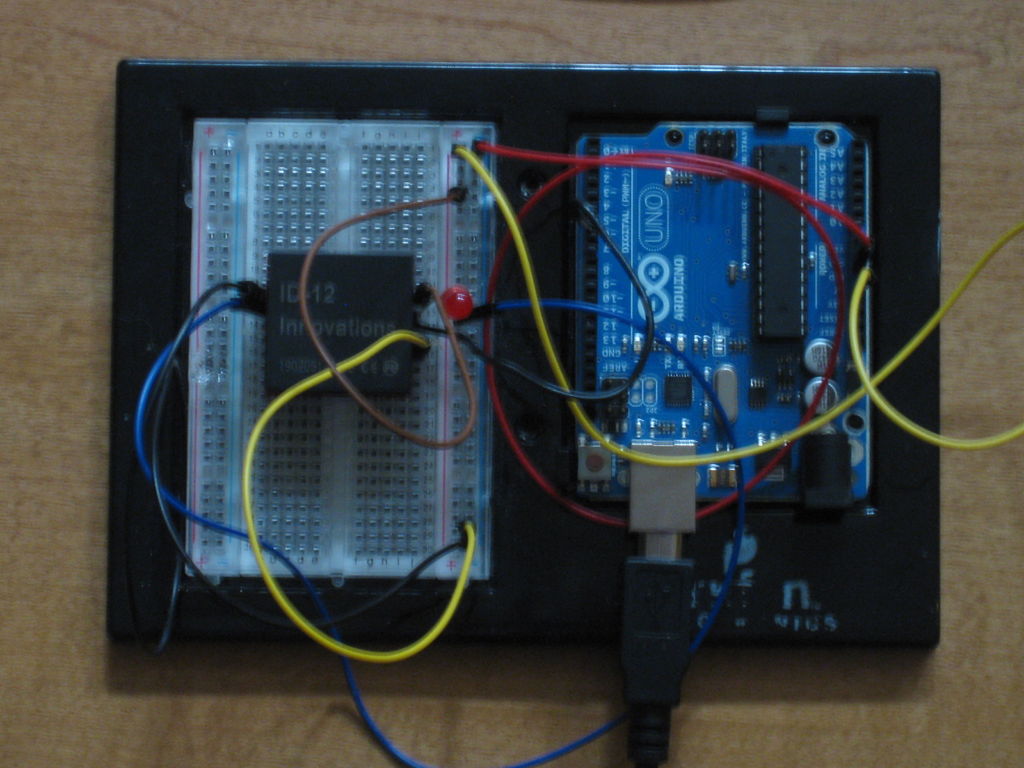 This is the BRAND NEW, SUPER AWESOME code that I used for my RFI-DJ, or it’s at least more brand new, and more super awesome than when I first posted this instuctable. You must edit some lines to make it work for you.