Wearable technologies that incorporate physiological sensors are appearing on the market in so-called smart watches.

Next generation monitoring devices will be worn on the body to monitor conditions such as blood glucose levels in near-real time and allow them to collect considerably more data over the course of a day.

Initial examples of this novel approach such as wristbands that are capable of measuring how far a person has walked and pulse rate are already available. Unobtrusive undergarments designed for use during workouts allow for data to be collected on key parameters such as pulse, breathing rate, posture, and even distance travelled. 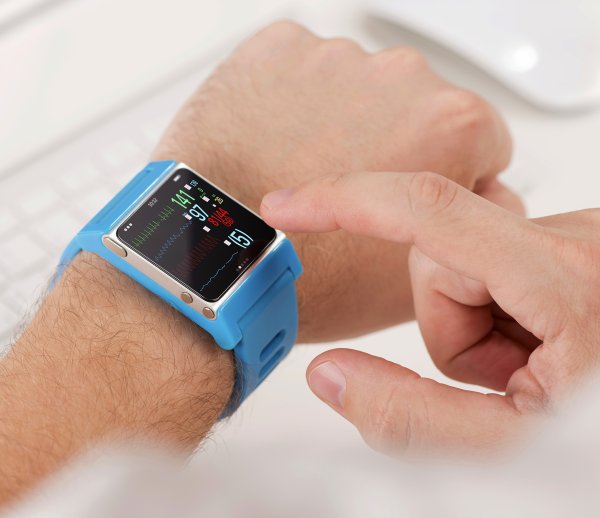 As beneficial as these monitoring options are, however, the biggest breakthroughs may be yet to come. What if people with diabetes no longer had to prick their fingers several times a day to measure their blood glucose in order to adjust their insulin dose? This would not only eliminate the pain but also make it much easier to collect this vital data more frequently.

Researchers in Germany have even developed a method that uses infrared laser light and a technique called photoacoustic spectroscopy to determine blood glucose levels without having to penetrate through the skin. The advantage here is that this method is non-invasive and could one day revolutionize the diagnosis, monitoring, and treatment of diabetes.

However, the fact that these systems are ultimately intended to be worn next to the skin is also a potential weakness because they will be exposed to user-generated static electricity, which can render them inoperable without the proper protection.

READ  Compact µModule regulator is for use with FPGAs, GPUs and ASICs

In fact, a simple human touch can be all it takes to initiate an electrostatic discharge (ESD) transient due to the fact that any of the sensor circuits, buttons, battery-charging interfaces, or data I/Os could provide a path for ESD to enter the device.

Manufacturers of semiconductor-based ESD protection components are constantly trying to improve the capabilities of devices such as:

Lower clamping voltage to protect even the most sensitive circuits: During an ESD event, the main job of the ESD protector is to divert and dissipate as much of the ESD transient as possible. This characteristic is improved by reducing the on-state or dynamic resistance.

By reducing the dynamic resistance, the ESD protector carries significantly more of the surge current than the circuit being protected. In doing so, it reduces the electrical stress on the integrated circuit and ensures that it survives.

I was looking for a way to handle wireless communications between two Arduino boards. Other options like Xbee or Bluetooth...