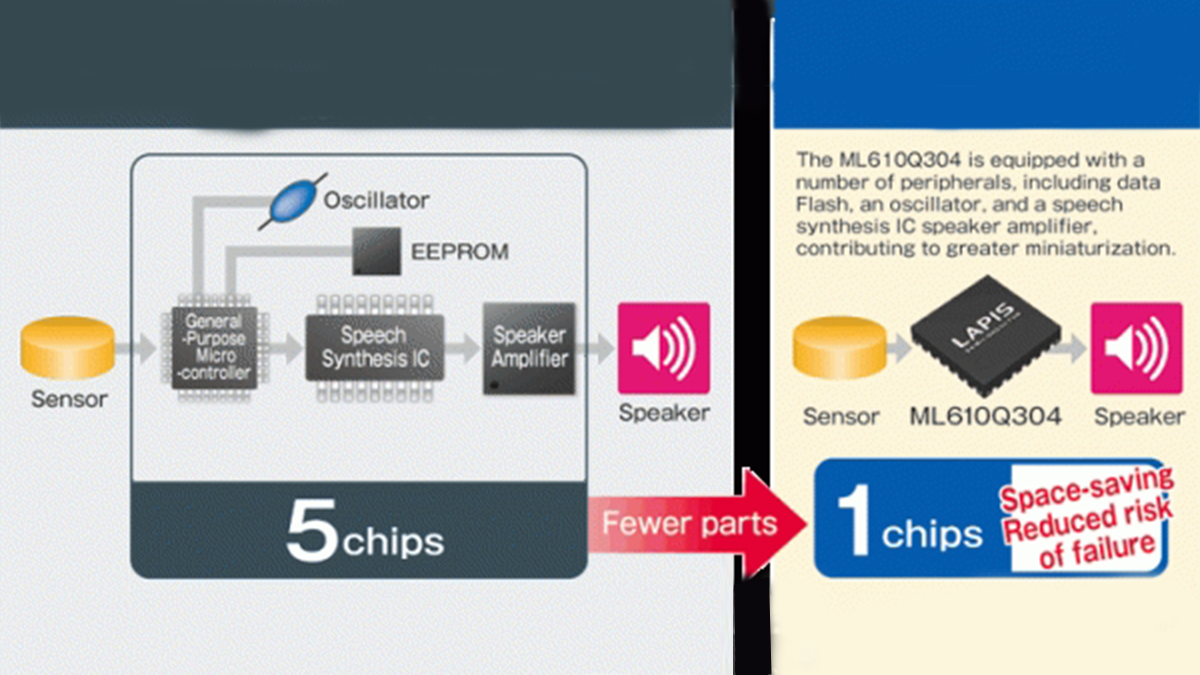 In recent years a growing number of electronic products are adding voice playback functionality, particularly battery-driven devices that require increased miniaturization and lower power consumption for longer operating life.
In addition, improvements in sensor technology along with greater awareness for safety and security have resulted in the increased adoption of alarm equipment that demand redundant safety measures such as advanced detection of abnormal audio playback in order to ensure reliable performance during emergencies and other unforeseen events.

To meet the growing need for lower power consumption in compact portable devices, LAPIS Semiconductor will continue to expand its low power microcontroller lineup and contribute to society through energy-saving products, solutions, and initiatives.