We have some great news! You can build your own Fixbot too, provided that you’re okay with getting your hands dirty and that you have access to a Makerbot / RepRap / Ultimaker / 3D printer. You don’t need to be a code wizard or a da Vinci descendant to get through this instructable, but it will help if you know a bit about how to upload sketches to an Arduino.

Join us on a journey of bearings, nuts, servos, lots of wires and some ABS, and by the end of it, you’ll have your own Fixbot to play with!

P.S. we’d like to give a hat tip to David Chatting for his trigonometry skills and to Benedikt Gross for his movement learning code! 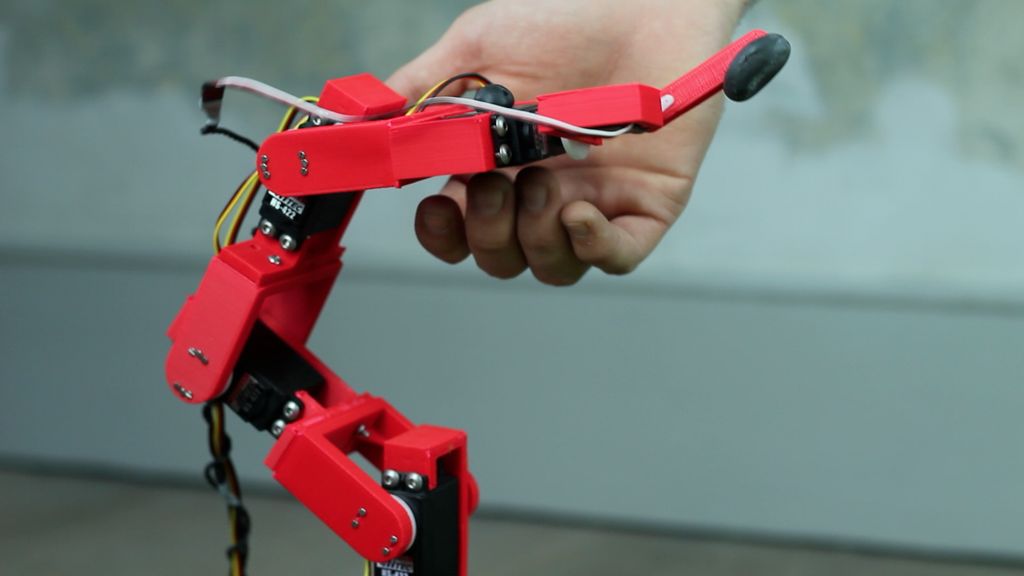 Nuts and bolts and bearings

Head over to Thingiverse and download Fixbot’s STL package. You’ll notice that you have a choice between two different sets of files. The first set contains all standard parts including the main chassis, the rotation axis, as well as the finger. The second set of files includes the same parts, but we’ve added some extra feet on the bottom layer to stop the models from curling. If you have a really well calibrated 3D printer or Makerbot, feel free to use the vanilla files. However, if your Makerbot is as quirky as ours, use the anti-corner curling feet variety.

Also, make sure you print one (or all) of the bases for the robot. You have a choice between a vertical screw-mounted base that you can screw onto anything, a GoPro compatible adapter to use with GoPro mounts, or a horizontal screw mounted base.

A word of caution: You have to do this part in the right order, otherwise you will not be able to fit your trusty allen key into some key parts because it’ll be blocked by the servos!

Repeat this process of building the chassis until you have mounted 3 servos in total. You have successfully built the robot’s 3 segment arm!

The rotation axis is made up of a Makerbot part and a big servo.

Your rotation axis is ready!

This is probably the most fiddly axis to assemble, but bare with us and you won’t break a sweat.

Fixbot now has a finger! 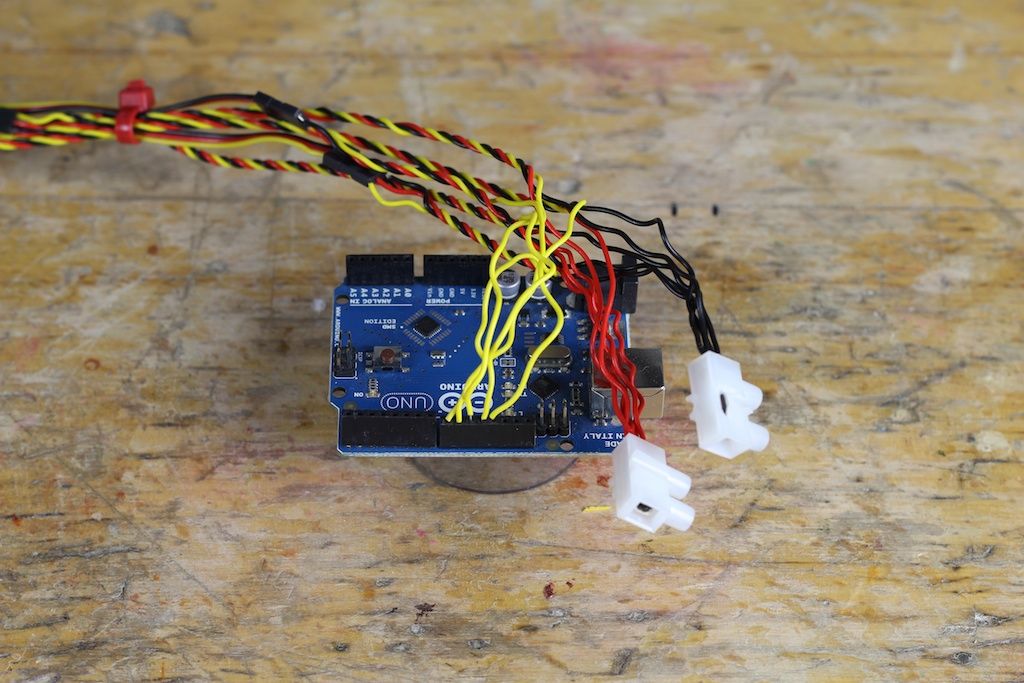 In order for Fixbot to move comfortably, you have to do some cable management.

The first thing you want to do is extend the servo cables. You will need 5 cables of different lengths which are progressively shorter. If you want to make your life a bit easier, you could buy servo cable extenders. However, if you don’t wanna fork out extra money, just use some black, red and white solid-core wires.

Cut your braided cables to the 5 different lengths annotated in the picture. Strip both ends of the wires. Plug them into their corresponding servos. The longest cable goes to the finger servo, the shortest goes to the base servo.

Add some cable ties to keep things neat. Make sure you leave some slack for the wires to move around when the robot is moving!

For more detail: How to build your own sugru robot, Fixbot