Walleye is an interactive light installation which engages users in temporal gestural and bodily play. It generates temporal light propagation patterns, or a large scale very low resolution pixilated image (depending on how you look at it) based on the realtime movement of visitors in the space. The project is informed by discourses around emergent complex behavior, active sensing, homeostasis, autopoiesis, structural coupling and enactive cognition. 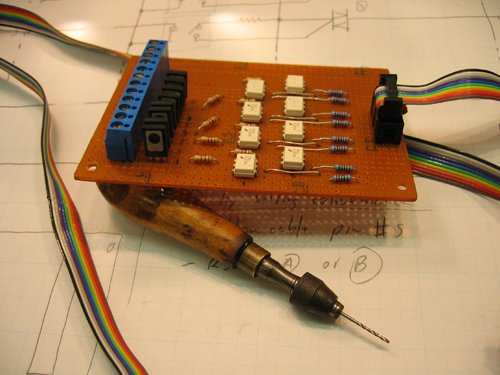 Some key ideas about Walleye

Emergent Complexity and the semblance of Intelligence
WallEye it is an experiment in how much complex behavior or ‘appearance of intelligence’ one can elicit from an entirely horizontal, non hierarchical system – not even horizontal or distributed or rhizomatic but entirely unconnected – except through marginal environmental interactions, ie ‘leakage’ across emitter-sensor channels. In this sense it is a continuation of concerns around emergent complexity which I have explored in previous works such as Sympathetic Sentience – 1995-6 , http://ace.uci.edu/penny/works/sympathetic.html.

The semblance of Intelligence
The notion of a ‘semblance of Intelligence’ points back to ontological inquiries of Second Order Cybernetics, (von Foerster, von Glaserfeld et al) and early Autopoietic theory cf Humberto Maturana’s aphorism ‘everything said is said by an observer’. Not that these ideas originated there… “If there is no other, there will be no I. If there is no I, there will be none to make distinctions.” Chuang-tsu, 4th Cent., B.C.

Electronic Arte Povera
contrary to the fetishism of resolution/bandwidth/computation, Walleye is an experiment into the ability of people to discern meaningful temporal/spatial pattern from ultra-low resolution display. This concern with thresholds of pattern recognition on human perception, specifically enactive perception, has been a theme I have pursued since Ceci N’est pas un Oiseau, 1989, http://ace.uci.edu/penny/works/ceci.html 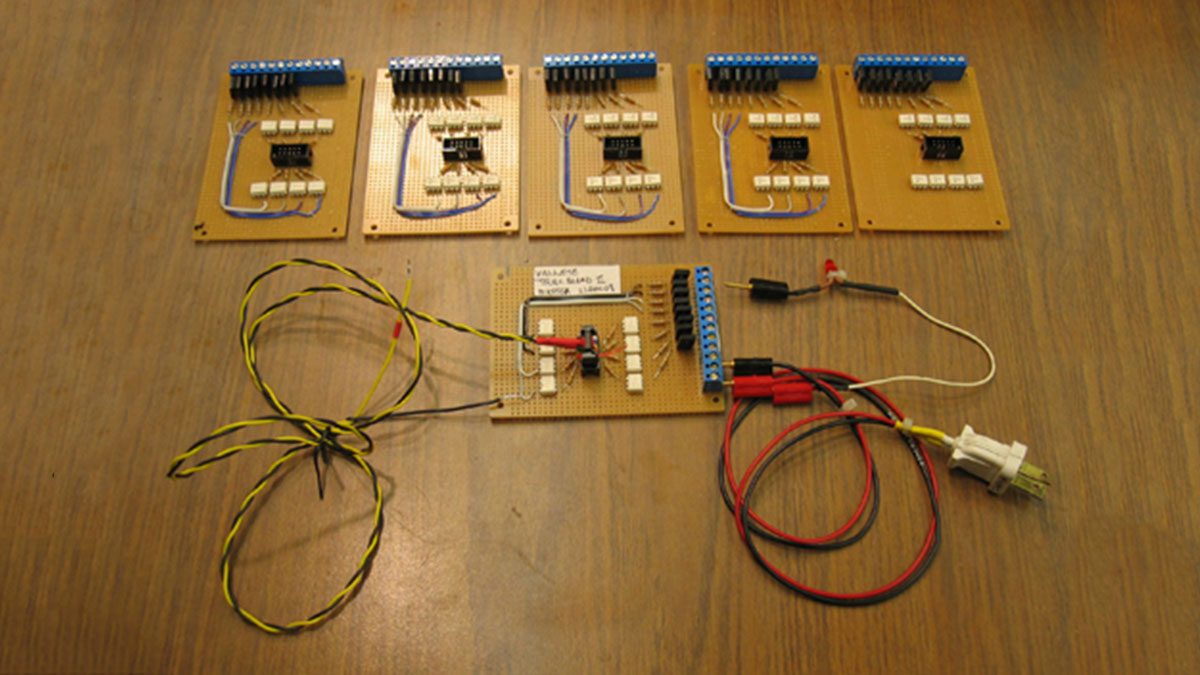 Technological Parsimony
As a critical intervention into the accepted rhetoric of the ‘general purpose machine’, all the hardware (electronic and physical) is custom designed and built (with the exception of the 20 seeeduino microcontrollers). It would be possible to implement WallEye as a pro-cam system (video camera, computer, projector) but this would be contrary to the spirit of the project, both in the sense of technological excess and in terms of an implicit centralising hierarchical structure antithetical to the project.