How many robots run on Arduino? I really don’t know. The guys from Complubot keep on sending pictures from the robots they are finding at the Robo Cup in Mexico DF. Want to see some pictures? Look at the following: 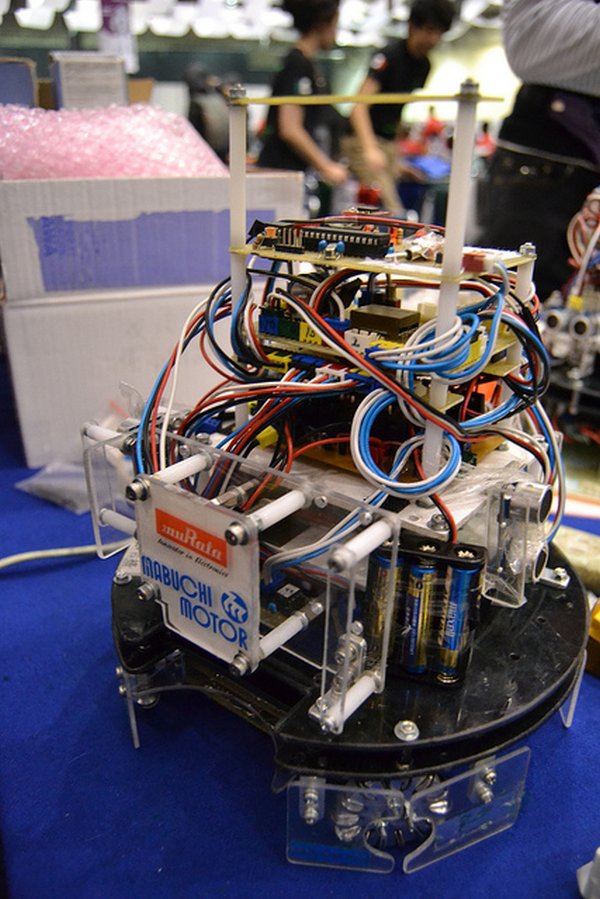 The Japanese Team on Soccer B have been working with Arduino for 3 years now. The robots on the picture are only using our IDE, as they made their own PCBs to host 8 InfraRed sensors, a compass, and the motor drivers. Take a closer look at it on the next picture.

On the other hand, the German team, running on an Arduino Mega, are controlling 60 InfraRed sensors to detect the ball on the field. They got the 1st price on Soccer A Open and have been using Arduino for just one year.

I bet you want to see that robot closer, 60 IR sensors are quite many. It also controls 4 UltraSound sensors and 1 Compass. Quite an achievement. Look at this:

For more detail: How many robots?

This instructable describes a shield, which converts "Arduino" board in a digital multimeter (DMM). The shield can be inserted on...