Recently a family member had his furnace fail while he was away from his house for a long period of time in the winter. His pipes burst and caused quite the mess. This project describes a temperature sensor that broadcasts the temperature in his house to the pachube data logging website. This allows him to check on his house from anywhere he has internet access. 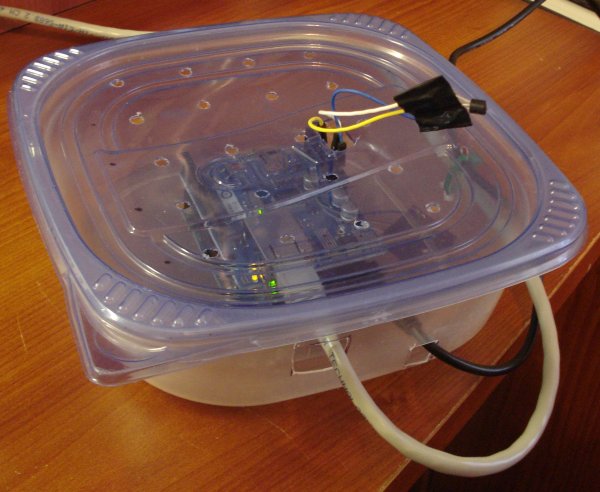 The temperature sensor (Analog Devices TMP36, source) is a small diode on an integrated circuit that outputs a voltage proportional to the temperature between -50 and 125 degrees Celsius. A small microcontroller (Arduino, lowest circuit board in the stack) reads the voltage output by the sensor. The voltage reading is converted to degrees Fahrenheit by the computer code running in the Arduino. Finally the ethernet shield (source, upper circuit board in the stack) sends the temperature in Fahrenheit to a website named pachube. The pachube website logs the data sent by the ethernet shield and presents the information in an easy to read plot. The procedure from raw temperature measurement to submission to pachube is repeated every five minutes. 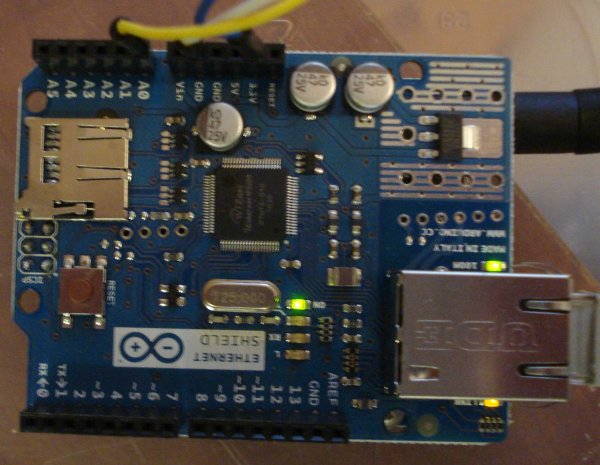 Some things to note