In embedded systems we must have basic knowledge about system communications, so for this we are doing this project. In this project we will discuss basic communication system and we will send some data from transmitter to receiver in serial. 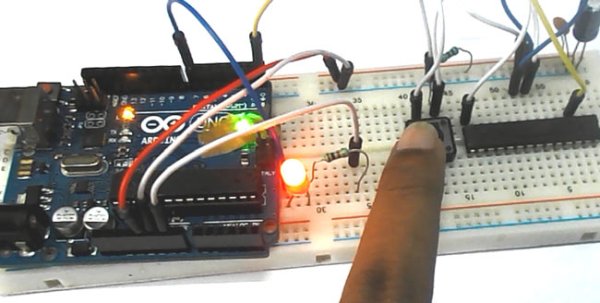 In this project ATMEGA8 acts as a TRANSMITTER and ARDUINO UNO acts as a RECECIVER. In serial communication we will send data BIT BY BIT, until a BYTE of data is transferred completely. The data can be of 10bit size but we will keep to 8BITS for now.

Before we discuss the circuit diagram and programming for transmitter and receiver, we need to understand about the serial communication. The ATMEGA here sends data to the UNO in serial as discussed earlier.

The data communication established is programmed to have: