Recently the Spiegel published an article about burglars in Germany: 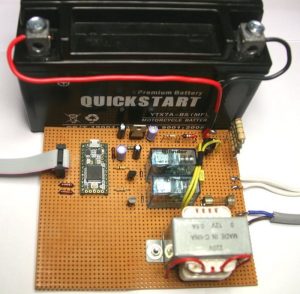 The majority of door locks is highly insecure

Does your door lock protect you against burglars ?
If your key looks like this one:

it surely does not.
Your door can be opened within a few seconds and you don’t even notice that someone has entered while you were not at home, because there is no damage, neither at the door nor at the lock. Also your neighbours will not hear anything because lockpicking is absolutely silent.

You don’t believe that ?
Then watch this video:

As you have seen: Lockpicking is very easy.
A thief does not even need special tools. He can open your lock with two hairpins!
When you search for “lockpicking” on Youtube you will find 169.000 results.
With electrical vibrators (pick gun) it takes less than 10 seconds to open a lock as you see in this video.

Even for cross locks there are special lockpicking tools that open a lock in 10 seconds as you see in this video.

There are better locks where the key has round holes instead of notches like this KESO 2000 key.

These locks are very expensive. Nevertheless they can also be opened by lockpicking, although it may takes 3 minutes to open them as you see in this video.

Finally locks can be broken with a big plier or opened with a drill as you see in this video.

Conclusion: You will not find a mechanical lock that is really safe.