You should have already successfully installed the Arduino environment on your laptop, built the LED circuit, and successfully load/run the “blink” program to make the LED blink. Congratulations! 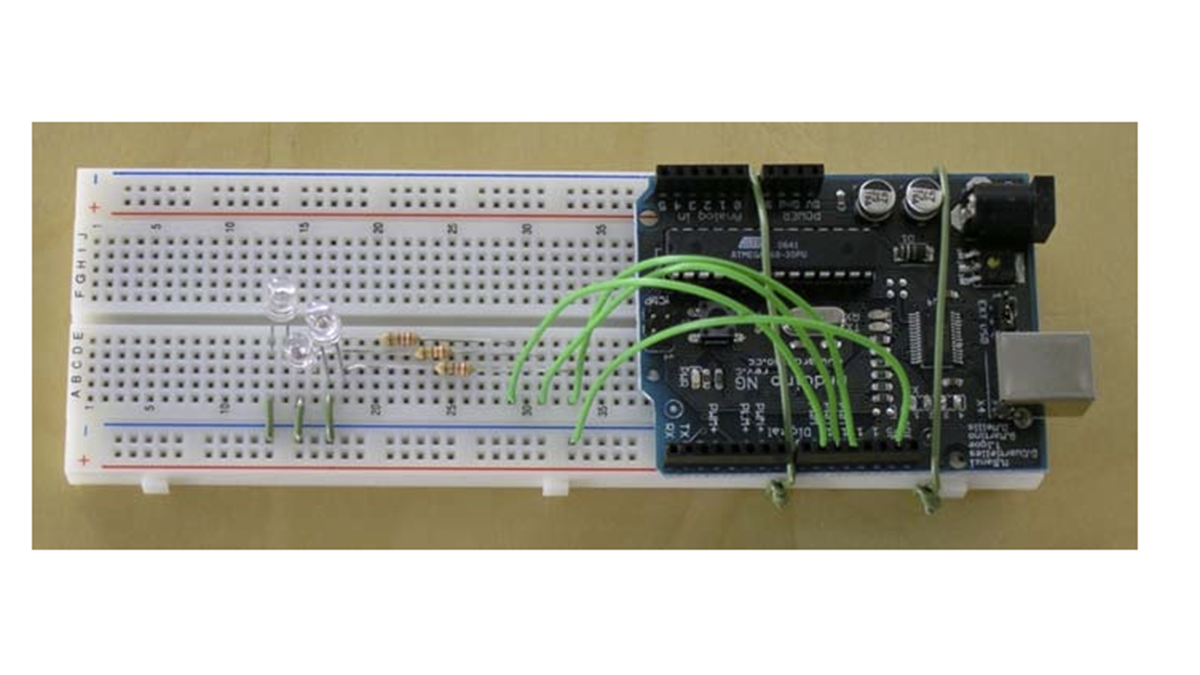 In this lab, we explore some of the digital features of the Arduino Board. Specifically, we’ll be looking at:

In exploring these features, we will use Arduino to not just blink a single LED, but to control and fade several LEDs at once.

Part 1: From blinking to fading

1. Start with the LED circuit you built for the “Blinking LED” Assignment. For that assignment, we used pin 13 to control the LED and make it blink. Ardiuno has several pins marked PWM which support Pulse Width Modulation. The example code uses Pin 9, so simply move the controlling wire from Pin 13 to Pin 9. 2. Load the example code from the Arduino Sketchbook (File‐>Examples‐>Analog‐>Fading). Load this onto the Arduino and watch the LED Fade. 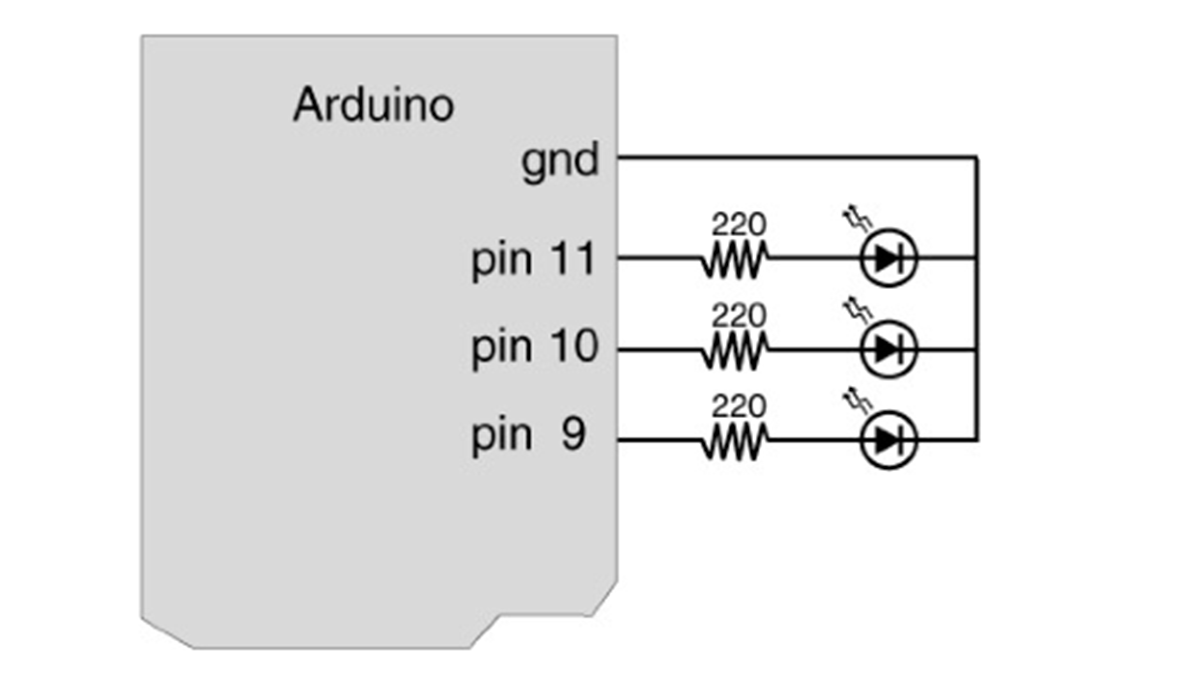 3. Extend your circuit so that it includes 3 LEDs according to the diagrams below. Notice Pins 9, 10, and 11 are all marked PWM.

4. The following code dims the 3 LEDs according to a pattern. For your convenience, a copy of the code can be downloaded here (DimmingLEDs.txt). Look at the code and make sure you know what each line does.