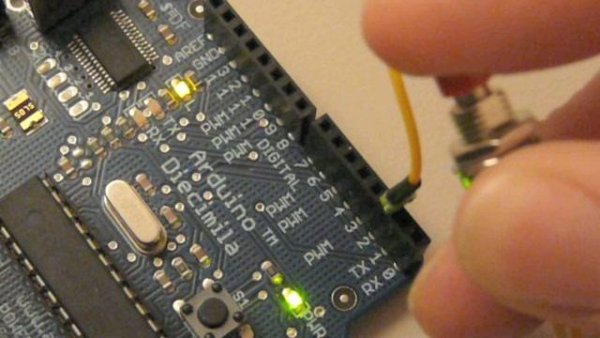 When the pushbutton is open (unpressed) there is no connection between the two legs of the pushbutton, so the pin is connected to ground (through the pull-down resistor) and we read a LOW. When the button is closed (pressed), it makes a connection between its two legs, connecting the pin to voltage, so that we read a HIGH. (The pin is still connected to ground, but the resistor resists the flow of current, so the path of least resistance is to +5V.)

If you disconnect the digital i/o pin from everything, the LED may blink erratically. This is because the input is “floating” – that is, not connected to either voltage or ground. It will more or less randomly return either HIGH or LOW. That’s why you need a pull-down resistor in the circuit. 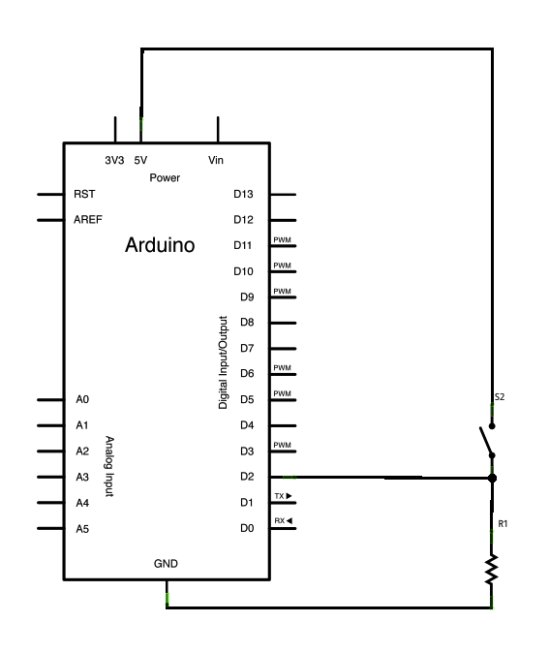 The sketch also checks the button push counter’s value, and if it’s an even multiple of four, it turns the LED on pin 13 ON. Otherwise, it turns it off.