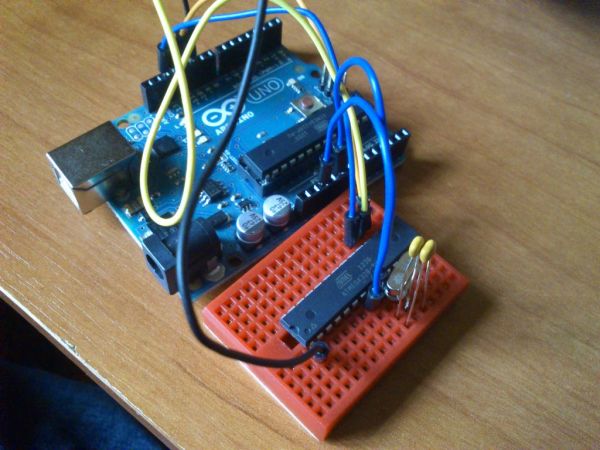 Burning the Bootloader on ATMega328 using Arduino UNO as ISP

I had one remote controlled project that needed an Arduino running 24/7 but I didn’t want to leave my $32 Arduino UNO, so I decided to buy some pieces and created my own Arduino. The most important part was buying the microcontroller. These were my options:

Obviously I bought the cheaper one, huge mistake. After some research I found that my first option was the straight one. Just plug it as a normal Arduino, the last two needed something else.

The last two options were missing something called a bootloader. A bootloader is “a small program that has been loaded on to the microcontroller. It allows you to upload code without using any additional hardware.”

So first if you were to do anything on those microcontrollers you need a bootloader burned on those chips. As you may have notice, the difference between the second and the third is just a mere P after the 328. This P means pico for picopower which is a technology ATMEL has developed that allows the microcontroller to run with less power.

Well if you see the microcontroller on your Arduino UNO you will find out that it is using the picopower micro, not the normal one. I bought 3 normal ones. OMG then I’m totally screw. Well no, you just have to make a pair of changes on your Arduino files to make it work.

This tutorial will teach you how.

We will need the following materials: 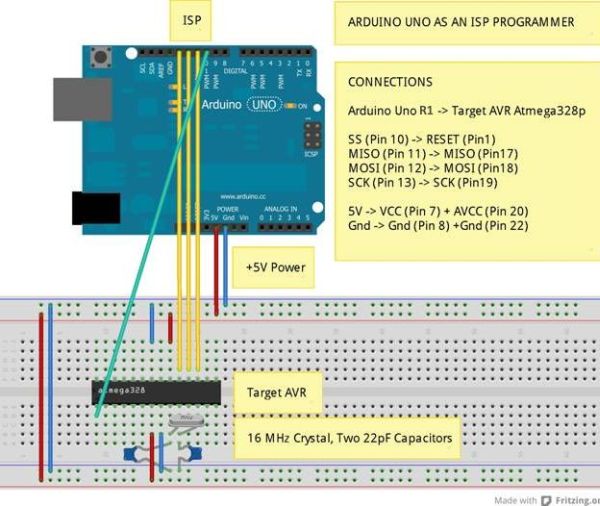 … And some jumper wires

Step 2: Setting your Arduino as ISP

First we need to tell our Arduino UNO (in my case an Arduino UNO R1), to know that whatever we are sending is not for it, but for our other micro. In other words we are making our Arduino a simple transmitter. For this I’m using version 1.0.1 of the Arduino Software (IDE).

It takes a while. After it finishes, close de IDE and disconnect your Arduino. Now is time to prepare the software and hardware.

This is the easy part, just use the diagram to connect every piece.

… And some jumper wires

For more detail: Burning the Bootloader on ATMega328 using Arduino UNO as ISP

How To Make A Board Game Using Arduino

In this Instructable, we'll teach you how to create your own "Would you rather... " board game using conductive paint,...