Have you ever faced this situation while sitting on your favorite spot on the couch or recliner, comfortably watching your favorite TV program? You’re snugly tucked under the blanket, the air conditioning is pleasantly cool, the sun outside is shining it’s delicate warm golden rays on the closed window, the air (from the air vents) is refreshing and gravity seems infinite…… It’s almost like nature doesn’t want you to get off your couch…….

Then all of a sudden a horrible commercial pops up on the TV and you desire to switch the channel immediately. However, the TV remote which is located just beyond your arm’s length seems to be many miles away and you do not have the energy nor the will power to reach for it. You then look with disappointment at your aging Android phone which is near you and hope that you could use it to control your TV. If you’re like me, then you’re faced with this situation quite often……… in fact EVERYDAY!

As a solution to this quite serious problem, I have devised ‘Aergia’ (named after the Greek goddess of laziness and sloth), a gadget which with the help of an Android phone can control my TV, set top box, stereo or any other device which uses an IR remote. Besides, this device can be built at a cost of just $20 and the skills required to build it are bare minimum (basic knowledge about electronics and the Arduino IDE).

So let’s get lazing……. I mean building! 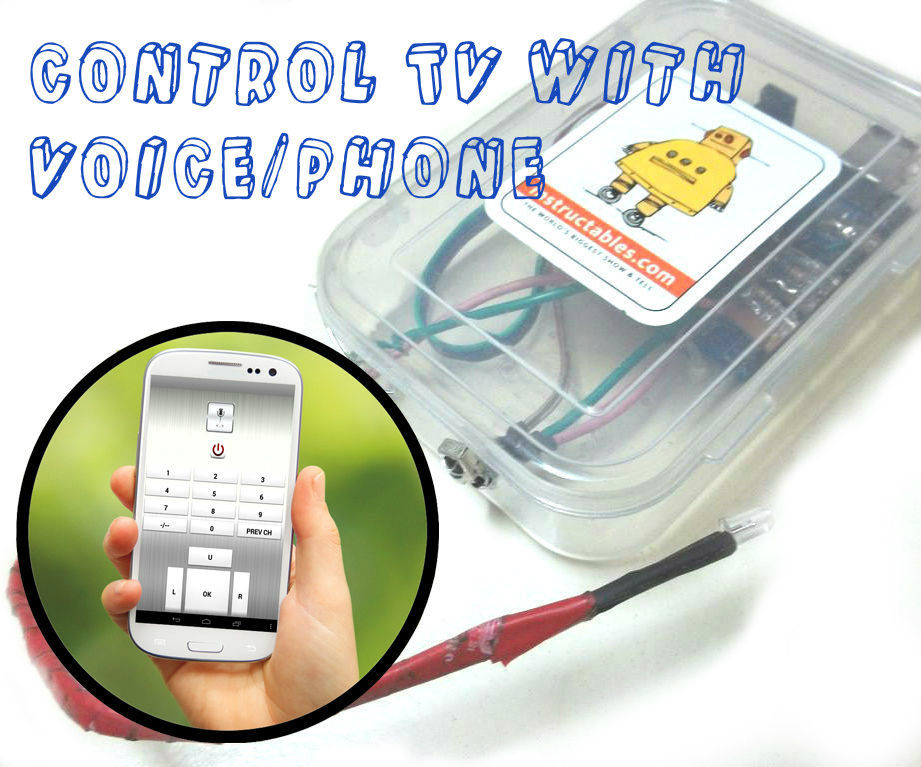 The following parts are needed to build this project :-

In this step you will drill the holes on the project enclosure to mount the Arduino, IR LED and IR Receiver.

1. Drill four holes at the bottom of the project enclosure to secure the Arduino Uno.

4. Drill four holes on the right wall for the IR LED stem. Two of the drilled holes are for the IR LED, while the other two are to anchor the IR LED Stem to the project enclosure (Refer to pic. 2).

1. Solder the bent Male Header Pins to the two wires of the 9v battery snap.

2. Cover the soldered points on the wire with insulation tape or heat shrink. The header pins soldered to the battery snap must look like pic. 2.

You are now done with the power supply circuit for the Arduino.

The IR Receiver is used to detect and decode the IR pulses sent from the TV remote. The decoded IR signals are then stored in the Arduino Uno.

1. Carefully bend the three leads of the IR Receiver backwards at a right (90 degrees) angle (Refer to pic. 2 and pic. 3).

3. Solder the bent Male Header Pins to the other end of the wires. The completed circuit must look like pic. 1. 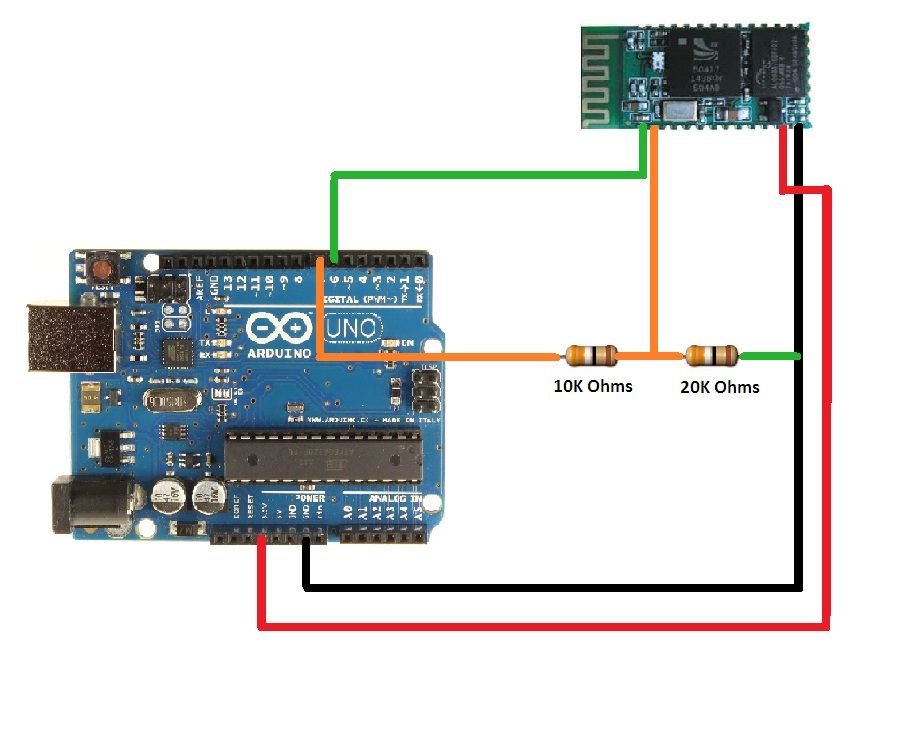 If you have purchased the Bluetooth Module with the breakout board but do not have the Female Header Pins to connect to the module, then you can use the following Top Tip: Briefly heat the ends of the wire over a candle to partially melt and loosen up the insulation on the wire. Then force each of the wires into the Vcc, Gnd , Tx and Rx pins of the Bluetooth Module.

Connect the Female Header Pins to the Vcc, Gnd , Tx and Rx pins of the Bluetooth Module.

The Arduino Uno has a serial input/output of 5v through its pins, whereas the Bluetooth Module operates at 3.3v logic. Due to this, a voltage divider circuit ( level shifter ) is required to convert this 5v output to 3.3v.

1. Cut a small piece of PCB and solder two Male Header Pins (Straight) to it. Refer to pic. 2

2. Solder the 10K ohms and 20K ohms resistors according to the circuit diagram in pic.5

3. The final completed circuit should look like one in pic. 4

You have now completed the Bluetooth Transceiver.