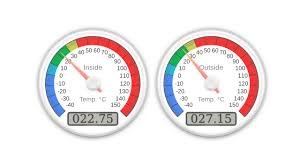 How the Project Works 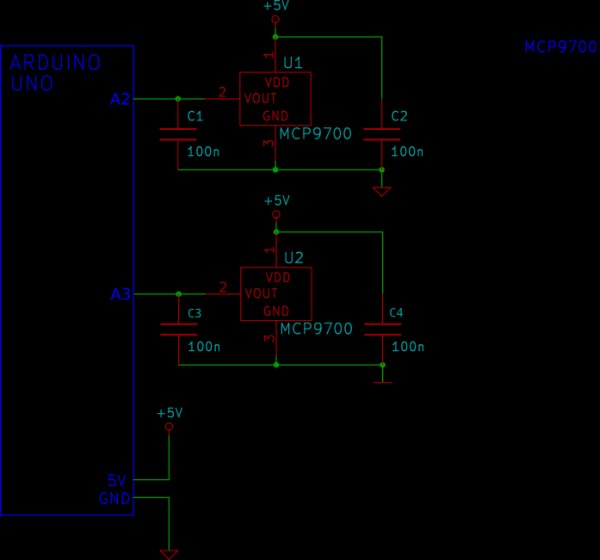 The Arduino gets ten analog samples from each of the analog inputs and sends the average of the ten samples to the browser. This adds some filtering to the analog values to try to prevent the needles on the gauges from twitching or flicking back and forth.

The JavaScript code converts the raw analog values to temperatures, e.g. using the following code for the first analog value:

The gauge component is written by Mykhailo Stadnyk and can be downloaded from Mikhus at github. Also see a blog article on the gauge.