Obstacle avoiding vehicle, continue in “3D Laser Range Finder” series ( project 1, project 2). The basic idea is the same, measuring distance using red laser pointers, CCD analog camera and Arduino UNO.  Modification was made in geometry.  Two lasers were set for “far field” obstacle detection, few meters in front of vehicle on left or right side. Primary mission is to trigger left / right turn before a car get too close to the “continuous” but not necessarily “high”  object, for example, sidewalk stone. Of course, this distance depends on the vehicle speed, and “alert” should be dispatched in right time “window”, or there would be no space left to making a turn ( proportional speed adaptation is not implemented yet). Low height of such road infrastructure is making useless ultrasound based range finder. 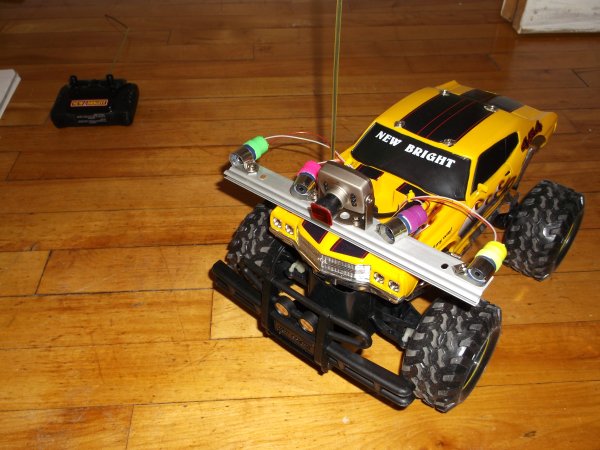 Two additional lasers were set in “cross” configuration, in order to detect any object that comes dangerously close to the front of vehicle. “Near field” obstacle detection or “head on collision” avoidance. Theirs two beams form reflective “trip-wires” and able to detect as narrow object as leg of a chair or desk, open door frame, anything that at least 1 mm wide.  One laser, pointed to the left, is also works as sidewalk / wall follow navigation system, keeping this distance constant.

I’d like to publish more pictures from “inside”, which show interface between arduino and R/C receiver module in the car. Well, not quite arduino, I build a “clone” using pre-programmed AtMega328. As you can see, the receiver was left almost intact, what I did, is just identified two on-board H-bridges which supply power to steering control motor and main vehicles motor-driver. 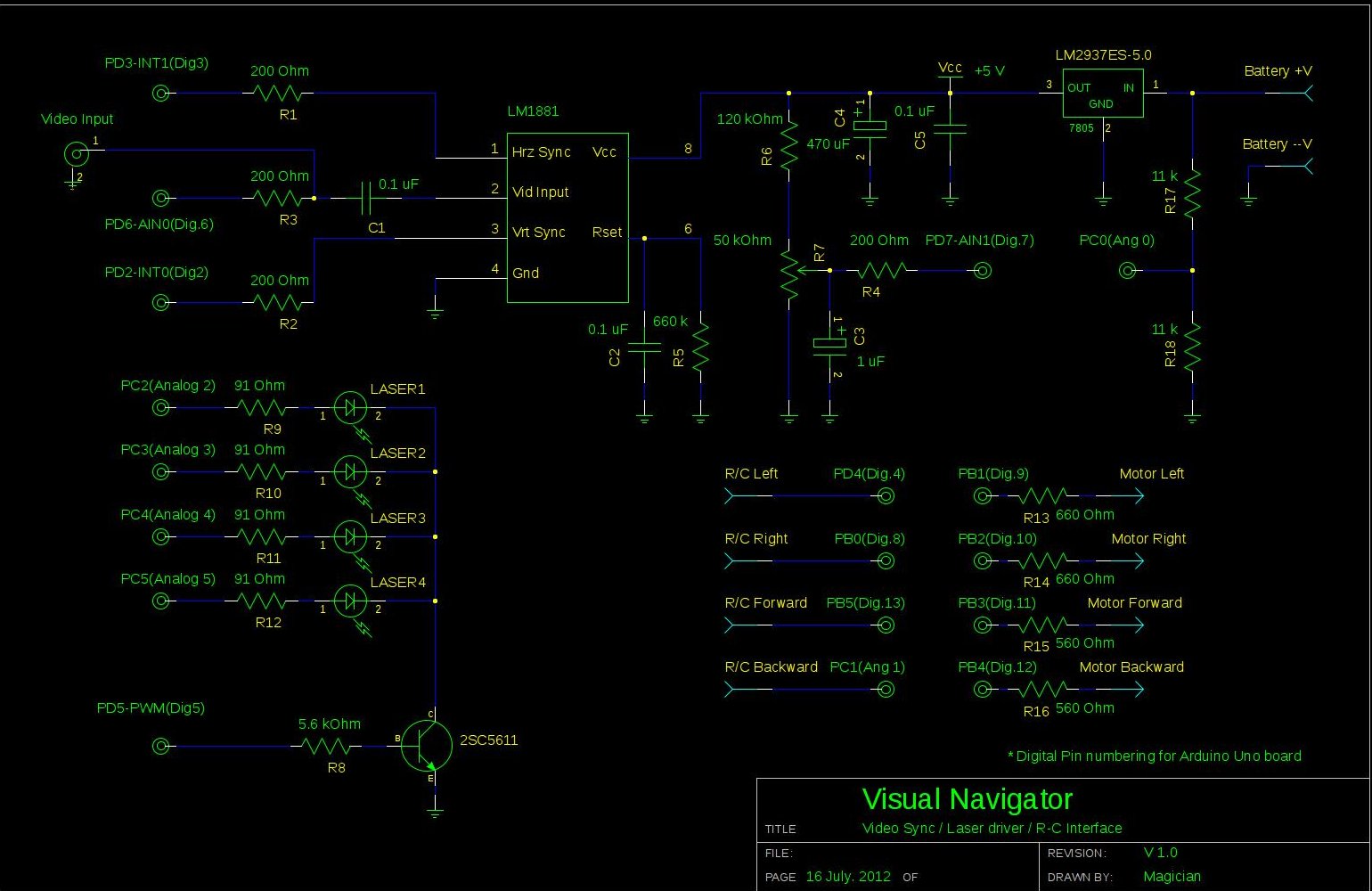 Than, remove 4 resistors in series with controls lines, and routed 8 wires to the arduino ( 4 inputs from R/C receiver and 4 outputs to H-bridges ). Here you are, now arduino could intercept any command coming from R/C transmitter, and based on data from the sensors, make a decision if it makes sense to follow them. Also, “autopilot” function could “directly” address two motors in order to execute “obstacle avoiding” maneuver not asking anyone’s permission!.  What more, arduino control a power delivered to motors via software PWM,  making 7! different speed level available like in real vehicle. Unfortunately, the model I “hack” doesn’t use proportional steering control, but still PWM power management helpful to save a battery energy, limiting unnecessary current delivered to motor.