In this instructable, I am going to show you what a servo motor is, how to use it, and ideas for starting projects using it. I used arduino to control my servo, I added how to use a 555 in some of the later steps.

Step 1: What is a Servo motor

If you are like me, then you knew very little about servo motors, and how to use them, so we should start from the beginning. A Servo motor uses pulse width modulation (pwm) from a microcontroller or a 555 timing IC (or something different I haven’t heard about) to know what position to move its horn to. They can move both clockwise or counterclockwise thanks to an H bridge which is hardwired into them. Most Servos, unlike conventional electric motors do not move in continuous rotations. the standard servo moves anywhere between 0 and 180 degrees, which make them useful for animatronics and robotics. The servo has three wires coming out of it which usually ends in a female jack. the wire colors are black, which gets connected to ground, red which gets connected to the positive power supply, and white or yellow which gets connected to the output of the microcontroller or 555 IC, and receives the pwm. Okay now that you know the basics, lets get started 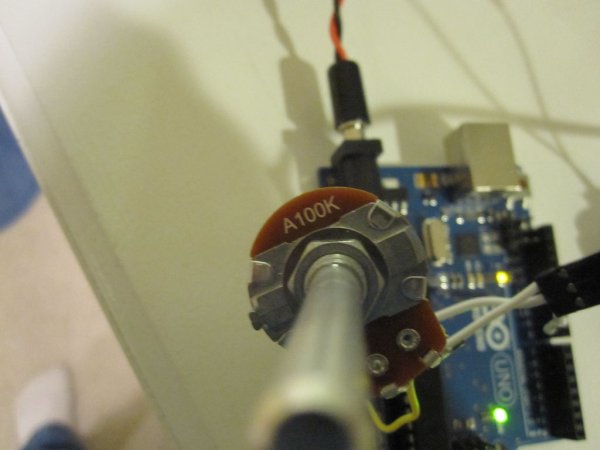 the first thing that you should do is make sure your servo motor is working. because the servos wires end in a female header, you cannot plug it into the arduino (unless you have a shield. insert solid core wires into the headers, so you can attach it to the pins of the arduino (or anything else). When you downloaded your programming environment for arduino, it should have two examples for the servo. The one we are going to use first is called sweep. Go to the “open” icon next to save near the top of the window on the environment. click on it, and a list of files should come up. go down to the one that says servo, and put your mouse over it. two files should come out of it. one called “sweep” and one called “knob”. click on the one called sweep, compile the code and upload it to your board. if everything is connected correctly, the servo should begin to go back and forth from 0 to 180 degrees. If you cannot find the code, copy this:

be sure to plug in the white wire to digital pin 9, the black wire to one of the ground pins on arduino, and the red wire to the 5v pin on the arduino board. 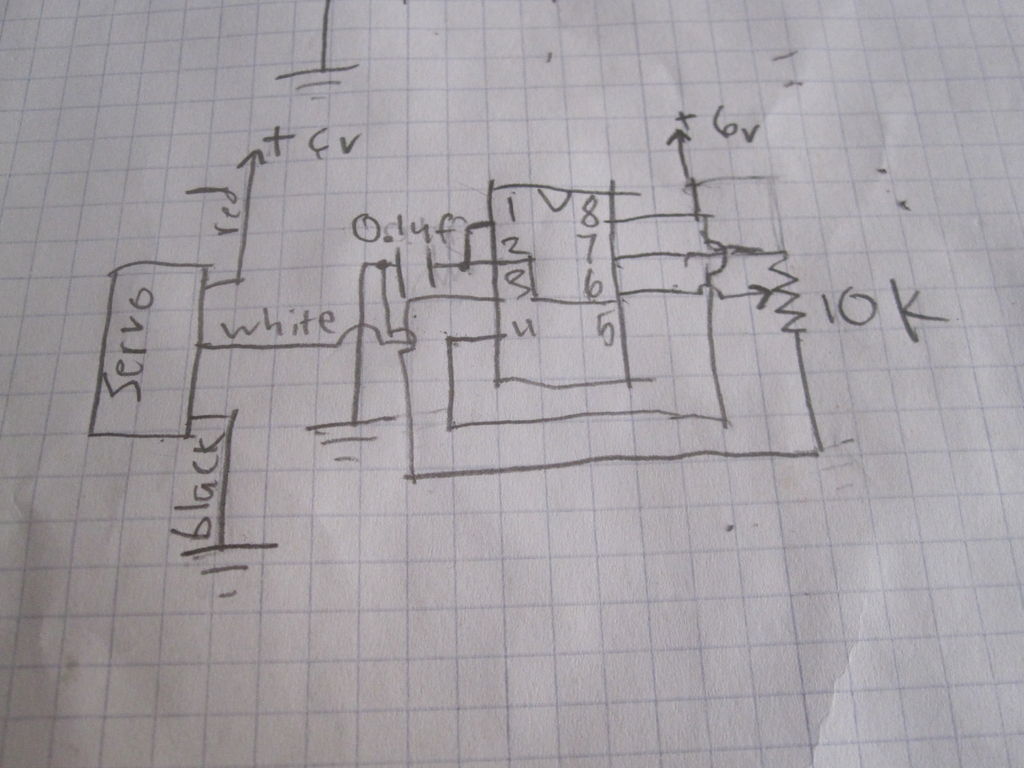 Now that you know your servo works, you can begin to incorporate sensors into the mix. the first thing you should do is use a potentiometer. Use anything between 10 and 100k. keep the servo attached as it was using the sweep example. attach the top pin on the pot to 3.3v on the arduino. Connect the bottom pin to ground on the board. Connect the center of wiper pin of the pot to A0 (the first analog pin) on arduino. go to “open” on the IDE again. Go to servo and open “Knob”. compile the code and upload it to your board.  When the program is running you will be able to control the position of the servo with a potentiometer. If you cannot find the code, copy this: