The TROBOT is a miniature six-axis articulated robot, modeled after large industrial & assembly line robots. The prototype versions were developed to be interfaced with ABB’s Robot Studio software. Robot Studio was designed to program, simulate, and debug real industrial robots in an offline virtual environment. This project uses the power of ABB’s ‘Virtual Robot Controller’ to actually generate robot positional data and to communicate directly to the TROBOT over Ethernet. 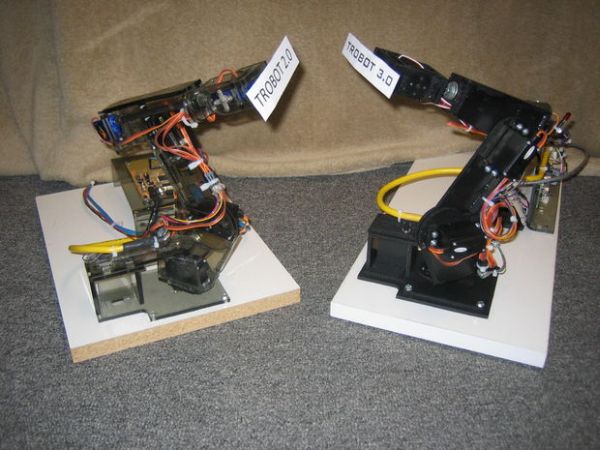 A new Kickstarter project is underway to develop a larger, more robust version of the TROBOT.  Backers of this project can select from rewards including complete TROBOT 3.0 (as shown here) or 4.0 (coming soon) kits.  For more information checkout the project TROBOT 4.0: A Miniature Articulated Robot  and find out how you can get your own TROBOT kit (Limited Time Only)!

The TROBOT was created after I figured out a way to use ABB’s Robot Studio software to communicate over Ethernet. I created the TROBOT just to see if I could make a miniature robot work –It worked surprisingly well. Now my goal is to create a low-cost robot that can do something significant. 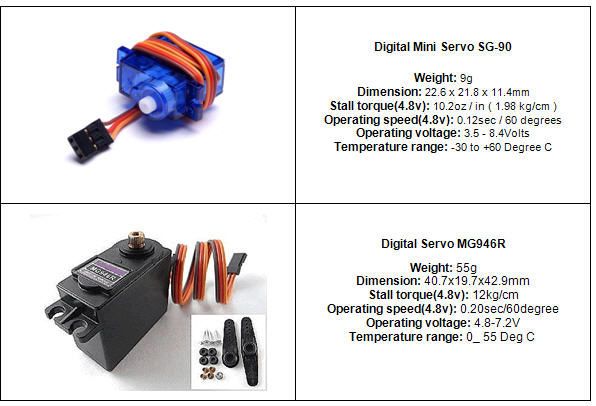 The TROBOT 2.0 is made of 3/16″ thick acrylic.  The wood base from version 1 was replaced with an acrylic cut design.  Metal Gear servos were used for the lower 3 axes.

The TROBOT 3.0 was made from ABS with a few minor tweaks to the design.  ABS was chosen because it is a durable and very tough plastic, and can be chemically welded (bonded) to form tough glue joints.