The Arduino Internet Gizmo is a USB, Arduino, and RFID device for web surfing.  The gizmo works by placing an RFID tag on the top of the gizmo.  The gizmo reads the RFID tag and sends the tag number via USB to a program running on a PC. The program looks up the tag number and the associated web site and then invokes the default web browser to open a new tab for the web site.  The gizmo consists of an Arduino Uno, a Parallax serial RFID tag reader, an assortment of LEDs, and a few other parts packaged inside a ATX power supply case recycled from an old PC.  The software components of the gizmo consist of a small program running on the Arduino and a small Python program running on the PC or laptop. 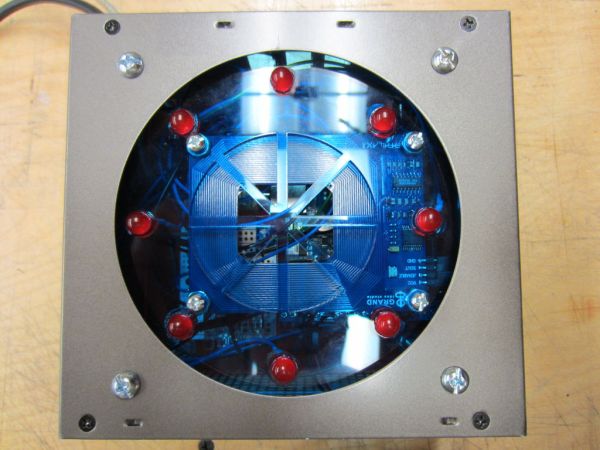 The Arduino Internet Gizmo is fun to use and makes an excellent desk toy and sure beats using a mouse and keyboard to load your favorite web sites.

The Arduino Internet Gizmo consists of an Arduino, a RFID card reader, a bunch of LEDs and other components mounted in a recycled PC power supply case connected to a PC as shown in the first diagram.  The Arduino is running software that will read an RFID card when it is placed near the reader.  When a card is read, the Arduino makes the LEDs on the top of the gizmo light up in sequence and appear to race around in circles. The RFID card’s ID is then sent to the PC via a USB cable that connects the Arduino and the PC.  On the PC, a Python program is running in a loop waiting for data from the Arduino.  When it receives the RFID card id from the Arduino, it looks up the RFID card ID in a table to see what web site is associated with that card.  If it finds the card in the table, it opens a new tab in the default web browser for the computer and loads the web site.  If the RFID card ID is not in the table, the Python program creates a simple HTML page with an error message and the RFID card ID and displays the information in a new tab in the browser (as shown in the third image).  When the Arduino Internet Gizmo is powered on, it illuminates a set of red-green-blue color changing LEDs to indicate that the gizmo is operational.

Details on how the software works is covered in step 20.

In this step, we will prepare the case for the Arduino Internet Gizmo.  You will need the following for this step:

In this step, we will assemble the color changing LED circuit.  This circuit is “on” whenever the Arduino Internet Gizmo is powered on and operational.  It’s purpose is decorative and to make the gizmo look cool!  You will need the following parts and tools for this step: 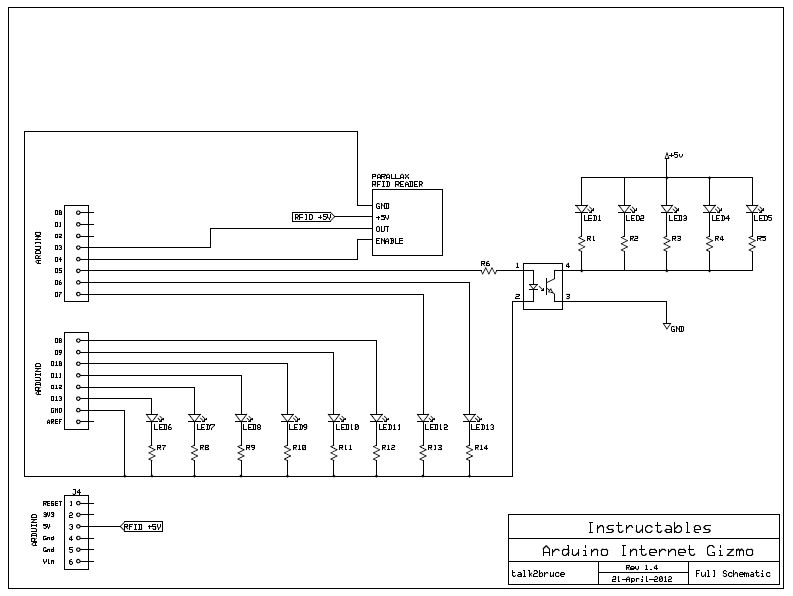 When powered up, the LEDs will change colors as shown in the last three photos.  When enclosed in the case, the color changing LED circuit will look like this: