Skip to content
I buy a lot of these stackable Arduino header sets because they are handy for a lot of things. I make some breakout boards with them, I use them to add some clearance between a taller shield and the next shield that I am stacking on top, and sometimes they are necessary when a shield doesn’t come with headers or comes with only male headers. I recently found this set of stacking headers on Adafruit that includes the standard 6, 6, 8 and 8 pin headers as well as a 10 and a 3 pin header. Also, Sparkfun has recently started selling R3 stacking headers, which include a 10 pin header instead of one of the 6 pin headers like the old sets.

My most recent use for them was to create a “shield” like the Wingshield. I don’t really want the screw terminals, so instead I wanted something that I could still use regular jumper wires for quick prototyping. I figured I could cut up some perf board and make something that would allow me to split the input and output headers. 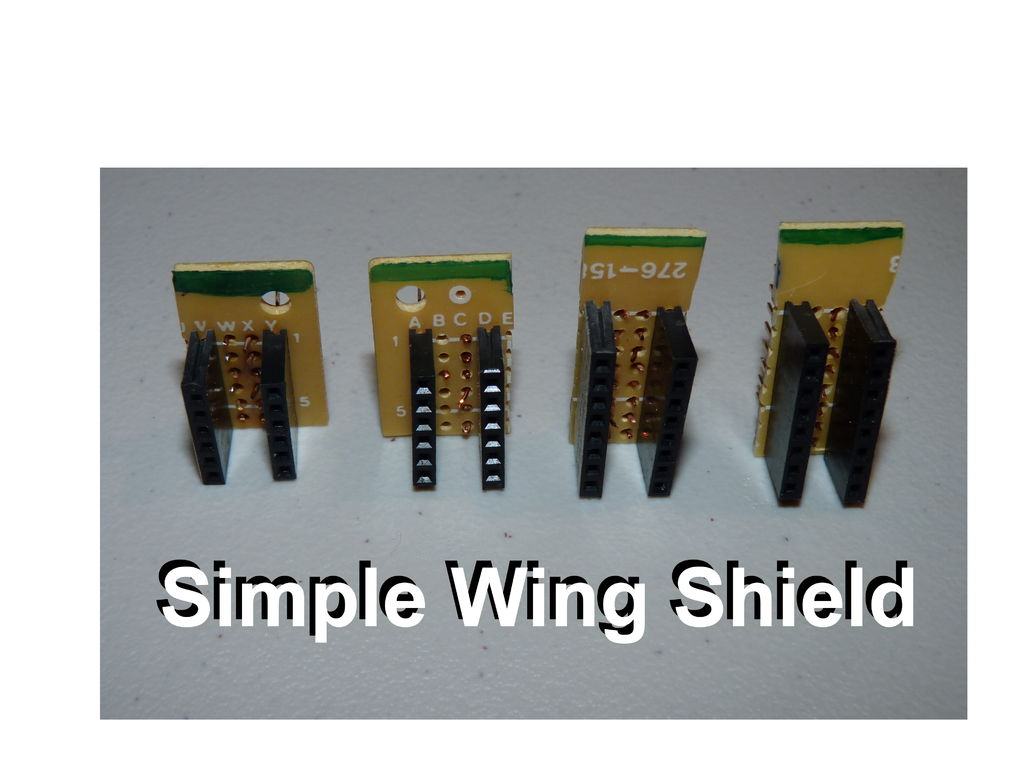 I had some perf board pieces leftover from another project. These pieces came from a 3″ x 5″ board that I got from Radio Shack. Unfortunately, all of the holes are drilled in different spots so things don’t really line up correctly.

I trimmed 4 pieces of perf board that gave me a nice little handle on one side, but nothing on the opposite side so each header wouldn’t interfere with the next one. I had to make them 4 separate pieces because the space between each bank of headers is less than the width of one pin on a standard perf board. I thought of taking a standard Arduino Protoshield and cutting the outer edges off with a Dremel, and while it would have been easier, it would have been a waste of a good Protoshield. This way, I was able to spread the additional female headers out 2 pins, where the protoshield would have had the new headers right next to the old ones.