Send and Receive MIDI with Arduino

This instructable will show you how to use an Arduino to send and receive a variety of MIDI messages so you can start building your own MIDI controllers and instruments.  First I’ll talk a little bit about MIDI protocol, if you’re just looking for sample code skip ahead to steps 5-9.

If you know absolutely nothing about MIDI note, velocity, and pitchbend or are confused about what MIDI does and why you would want to use it, check out my What is MIDI? instructable.

To understand MIDI communication, you have to understand a little about bytes and bits.  A byte is a packet of data used to store information.  In MIDI protocol, each byte is made up of 8 bits; bits can only equal to 0 or 1.  A sample byte is given below:

Bytes of the form above are binary numbers because they are expressed using only 1’s and 0’s.  We can convert this number to base ten as well:

Wikipedia is a good resource for more information about bytes and binary. 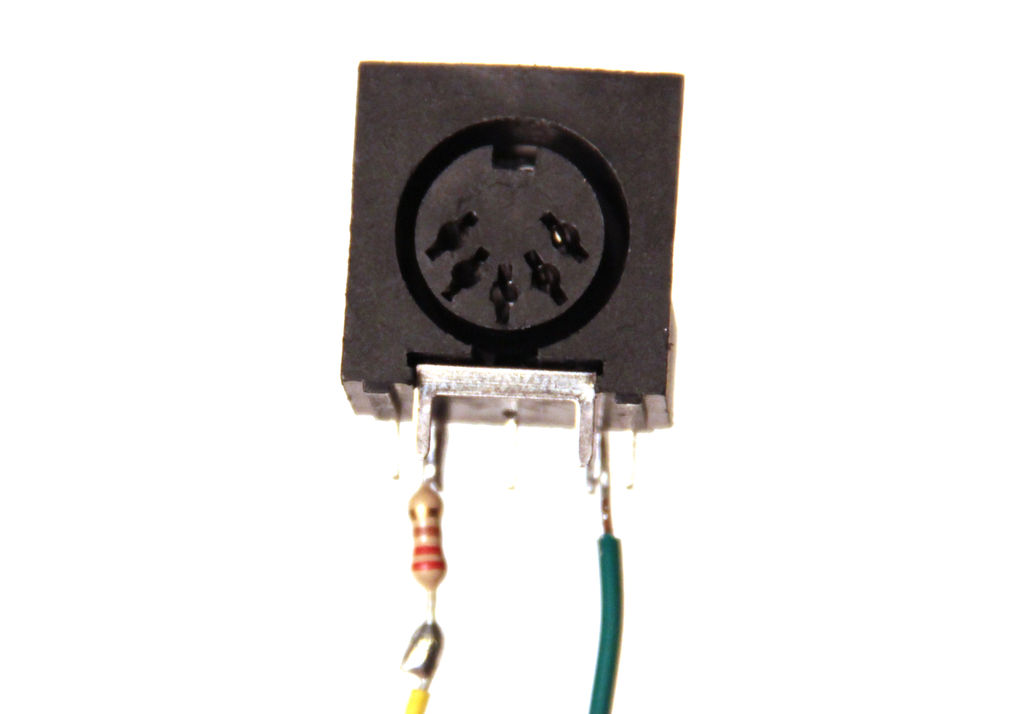 Step 2: A Bit About MIDI Protocol

A really basic overview of MIDI terms and concepts is given here.

MIDI messages are comprised of two components: commands and data bytes.  The command byte tells the MIDI instrument what type of message is being sent and the subsequent data byte(s) store the actual data.  For example a command byte might tell a MIDI instrument that it going to send information about pitchbend, and the data byte describes how much pitchbend.

MIDI commands are further broken down by the following system:

All MIDI messages start with a command byte, some messages contain one data byte, others contain two or more (see image above).  For example, a note on command byte is followed by two data bytes: note and velocity.

I’m going to explain how to use note on, note off, velocity, and pitchbend in this instructable, since these are the most commonly used commands.  I’m sure you will be able to infer how to set up the others by the end of this.

Following the schematic above, solder a 220Ohm resistor to MIDI pin 4.  Connect ground to MIDI pin 2 and 5V to MIDI pin 5.  If the pin numbering is unclear, refer to the pictures above.

Step 4: Plug in MIDI Out

Connect the MIDI socket to a MIDI cable and plug the other end of the cable into your MIDI instrument of choice.  I used a MIDI to USB cable and connected to my computer.

You can bypass the MIDI adapter setup from the last two steps by using the Ardiuno’s USB connection to send Serial messages to your computer, then run an app like Hairless MIDI to convert this the Serial messages to MIDI and route them to other applications on your computer (Ableton, Garageband, etc). The only difference in the code is that you will need to set the baud rate of your Serial connection to something that Hairless MIDI will accept, so be sure that the number in this line in the Arduino’s setup() function:

is the same number specified under Hairless MIDI >> Preferences >> Baud Rate (I used 9600, see the image above, I had to replace line Serial.begin(31250) with Serial.begin(9600) in all the example Arduino sketches in this instructable). Normally when you create MIDI with a MIDI connector you need to set the baud rate to 31250, but if you’re connecting via USB to a Serial to MIDI application, you can use whatever baud rate you like.

To use Hairless MIDI you will need to select your board (something like usbmodemfd121) from the Serial Port menu and select the MIDI channel that you would like to send or receive MIDI to/from. Make sure you have the same MIDI channel selected in the preferences of whatever other MIDI applications you are running on your computer.

Another thing to be aware of is that you cannot program the Arduino while it is connected to Hairless MIDI, because the port is occupied (see the error in the second image). A quick way to bypass this without needing to quit Hairless MIDI each time you want to change your code is to select a different Serial Port from the Hairless MIDI interface, upload your new Arduino code, and then set the Serial Port in Hairless MIDI back to the correct one. 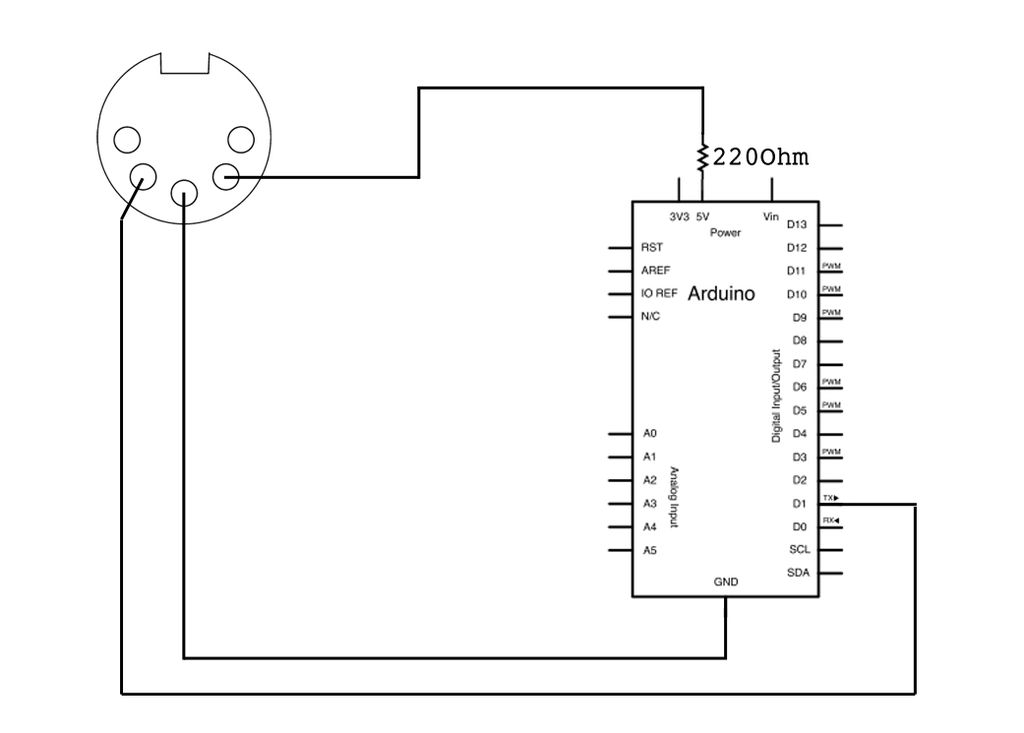 Step 6: Basic Note On, Note Off with Arduino

This code sends MIDI messages out Arduino digital pin 1 using note on and note off commands.

Both of these commands are followed by two more bytes to make a complete MIDI message, the first is note and the second is velocity (for more info about what “note” and “velocity” mean check out my introductory MIDI instructable).  Note and velocity can range from 0 to 127.  In this example I used notes ranging from 50 to 69 (D3 to A4):
for (int note=50;note<70;note++){}
and I set the velocity to 100:
int velocity = 100;

For more detail: Send and Receive MIDI with Arduino

Theremins are cool. Fact. You may also have heard of them as either aetherphone/ etherophone or termenvox/ thereminvox. Essentially its...