One Challenge with working with RGB LEDs is getting the right Red, Green and Blue values to match a color you are trying to display.  You can start with web colors, and then sometimes need to adjust them since the LEDs don’t look quite the same as they do on monitors. 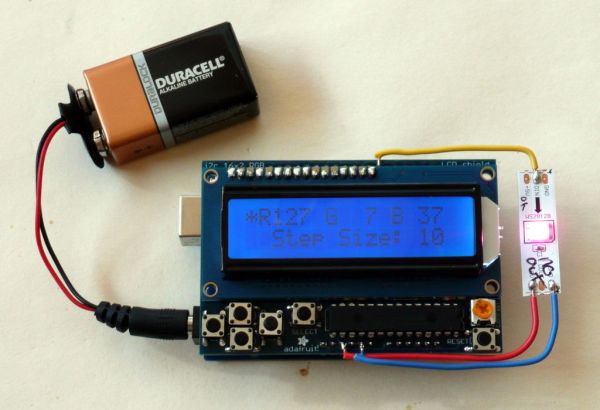 So, this is a quick project to allow you to set the RGB values with a simple hand-held gadget – maybe useful when working offline with these LEDs.

This project shows a WS2812b digitally addressable LED, but could be adapted for other LED types. 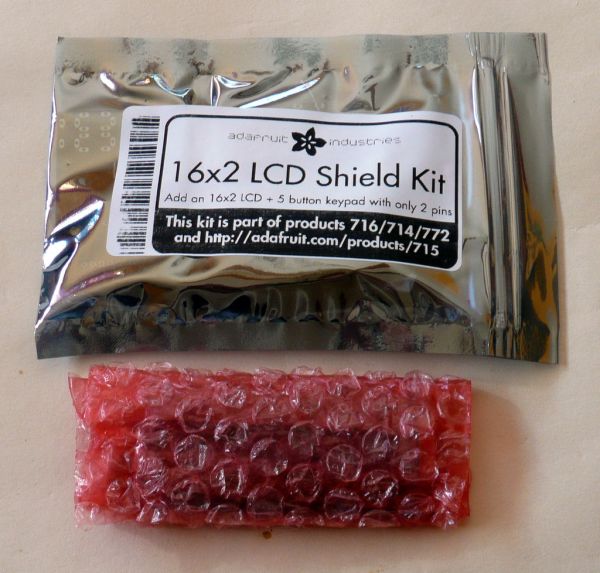 Build the LED Shield per the instructions that come with it (online).  Test it our with your Arduino.

Now, we will solder the LED to the board.  Since the LCD Shield is intended to be on the top of the stack of shields, the pins are not brought out in header sockets.  But the pins are there to mechanically support the shield, so you can carefully solder wires to the tops of those pins.  See the pictures for details.

We will solder digital pin 6 to the data in line – that has to be connected to the input end of the arrow on the LED since they have a direction on the data line.  The other two wires are the +5v, and Gnd – those can be soldered on either end of the LED.

The LED is very bright, so one idea is to put a piece of white paper over it.  Or perhaps aim it down and run it over a white surface.