AIR Mouse is also called gesture-controlled mouse and it works based on hand gesture. In this project an accelerometer is used for measuring the tilt of hand in X and Y direction and moves the cursor according the tilt. 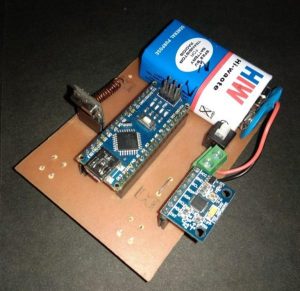 In the project two circuits are used, one is the transmitter circuit and other is the receiver Circuit.

If you are good in PCB Etching please use circuit provided below to build the project. 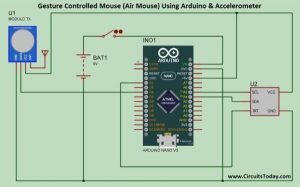 If you wish to build the circuit on universal PCB (ZERO PCB) or breadboard, use the design provided below.