Skip to content
I design and create this Palm Arduino V3 prototype PCB, as I was tired of recreating Arduino Compatible on perf board every time I prototyping a new project, especially when I had to spend  a lot of time tracing the wiring to see that I made the right connection.

I design this Palm Arduino (version 3) prototype PCB to be encased by Lego bricks, especially Lego Technic Bricks, for the reason that I was hooked by the Lego after my first Lego project – R/ C Lego Car. And I am working on a couple projects that are using Lego Technic components with Arduino. (I will post instructables as the project is ready to post.)

Also, I want to be able to use Palm Arduino in wide variety fashions. For example I could use either right angle female connectors or straight female connectors. or could use straight power switch or right angle power switch. etc. By doing this, I would facing the challenge of the enclosure designs to fit all of the mentioned criterial, and not very cost effective since we have to make 3D Print for each individual case.

For these reason Lego bricks are the best option to be used as the case of Palm Arduino Version 3. 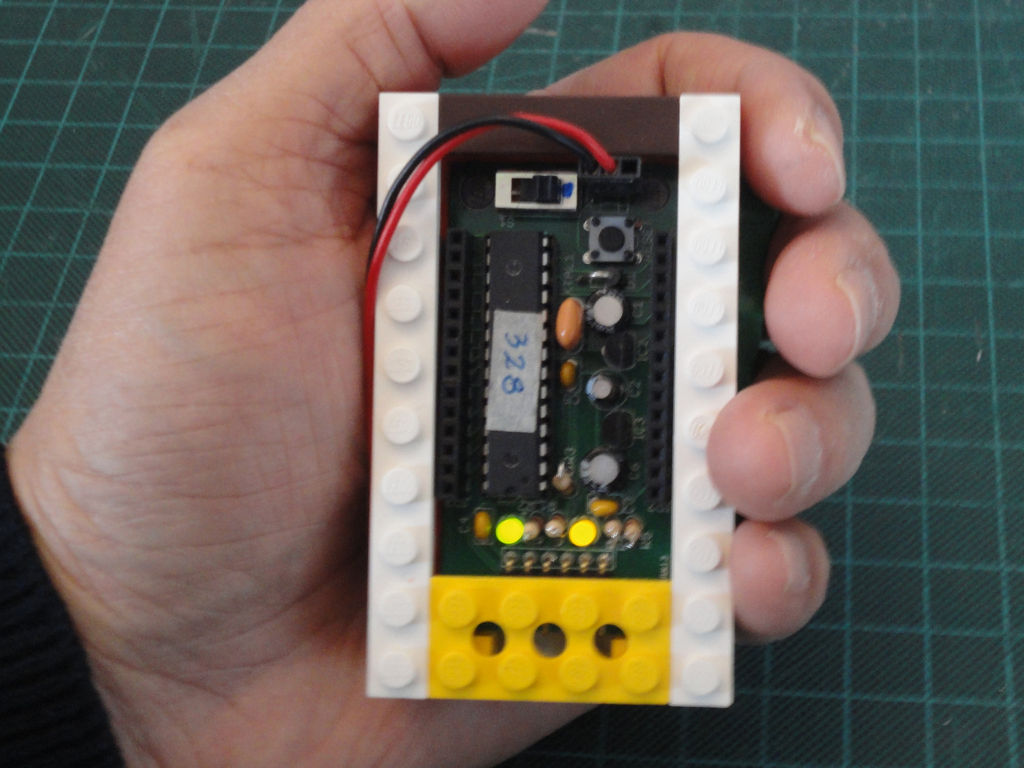 In Palm Arduino Version 3, I used the same pin configuration that I designed for my other Arduino compatible board, RevIO, by grouping the communication ports (I2C, Serial Comm. Ports and SPI) on one side of the board, and leave the rest of the pins (Digitals, and Analogs) line up on the other side of the board sequentially (image 1).
I also group the serial comm. pins (TX, RX, VCC, GND) on the rail to to be compatible with the XBee breakout board, such as XB-Buddy Basic Kit,  Adafruit’s XBee Adapter Board (ID-126), or Sparkfun’s Bluetooth Mate Gold (WRL-09358), etc.

I designed the Palm Arduino Version 3 to have its dimension compatible with the Lego’s modular system.

Instead of using an ordinary standoff holes on four corner of the PCB, I added four larger holes that can accommodate the Lego’s stud, so the PCB could hold on to the Lego’s bricks or plates.

First, I design (virtual) Palm Arduino PCB in EagleCAD, using exactly the same components as in my other Arduino compatible board, RevIO. The RevIO PCB is larger than Palm Arduino V3.
I planned the layout of Palm Arduino V3 to have the dimension fit with the Lego Modular System, and created the PCB in EagleCAD.
Then send the Gerber files to make the sample PCBs (I ordered four of them).

After I finished with the PCB layout I created Virtual PCB with CAD program (Autodesk’s 3DS Max 8). To make a complete virtual PCB, I also created all the (virtual) electronics components that were necessary in Palm Arduino exactly with the real dimensions. And placed them on the virtual PCB.
The silkscreen on the PCB came from the rendered image from PCB fabricator. I used the image as a texture map on the Virtual PCB.

To design the case, I imported the necessary Lego Bricks and Plates into the virtual PCB and design the variations of the components configurations and different case styles, as presented in the following Steps..

In this Step, I’m going to show you how I built a case for Palm Arduino Style 1.
This style consists of two straight 14-pin female receptacles, a straight 2-pin power connector, and a straight power switch. 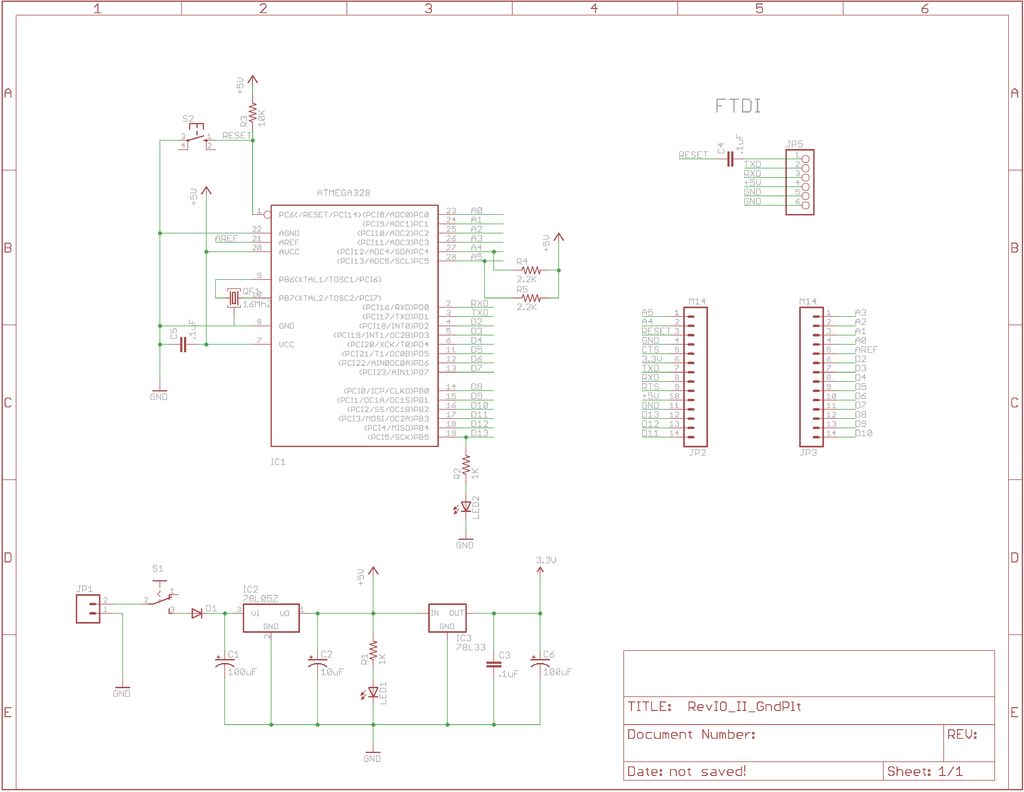 Following is the construction of the Palm Arduino Style 1 Lego Case:
Note: I also added the description text on each image.

Photo 7. Place 1×6 plates between 2×2 plates along the length of the case. Prepare Palm Arduino Style 1