Before I start I guess I must answer 2 questions which would be asked inevitably:

1) Why? Because I can. To learn how electronics behave at cryogenic temperatures. And just curios how much juice you can squeeze out of AVR if you push hard enough 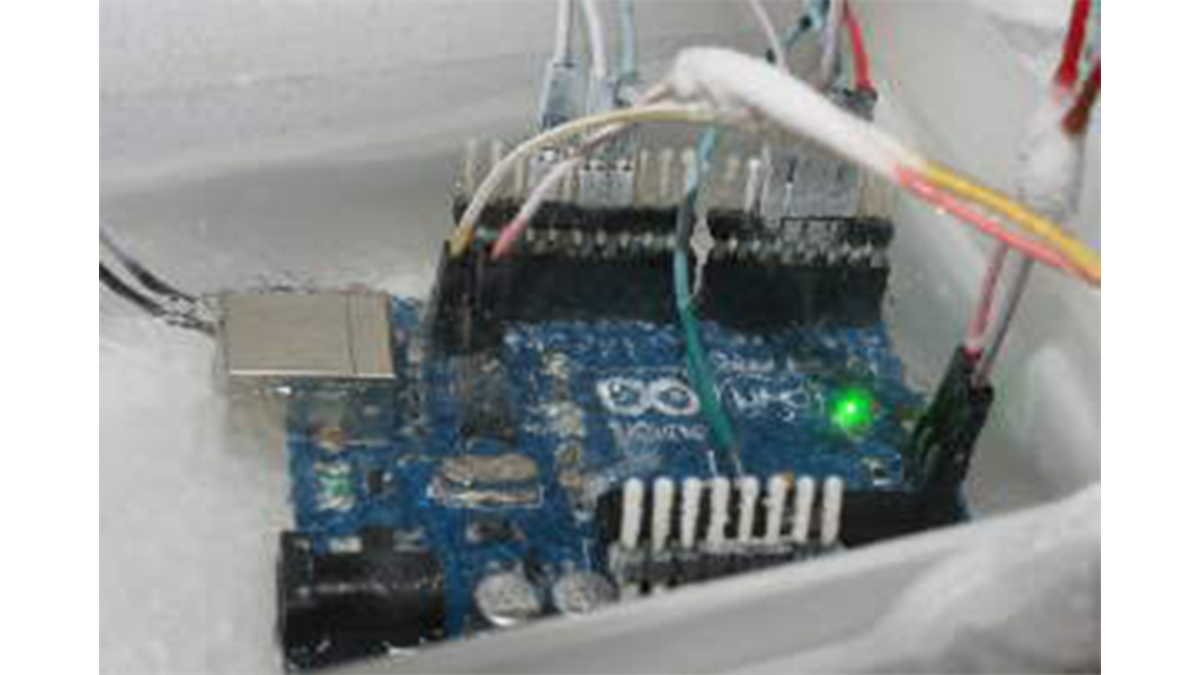 2) Why Arduino UNO (ATmega328P-based) while there are many faster microcontrollers? Just because it seems that Arduino is more popular among geeks and amateurs. For practical applications it is easier and cheaper to just use Cortex-M3/M4 based microcontrollers or FPGA (and I had these devboards too).

Overclocking microcontrollers with liquid nitrogen cooling promises to be harder, than overclocking desktop processors : there are no stability tests, no on-board programmable frequency generator (at least on AVR microcontrollers), no programmable supply voltage. Also, it appeared that a number of on-board components were failing – so I had to deal with them individually. Luckily for me all these problems were sorted out at the end.

I wanted to play with LN2 for quite some time. It appeared that here in Moscow a number of companies selling it to individuals. Nearest to my home was NII KM – 1.5$/liter while some other companies were shamelessly asking 8$/liter.

Liquid Nitrogen is literally made from air – it’s liquefied and gases are separated in fractionating column. Another way – separate nitrogen from the air first (using for example zeolite filter) and then liquefy. It appeared that there are even compact machines making liquid nitrogen from the air, electricity cost for manufacturing 1 liter of LN2 is ~0.15-0.3$/liter. Now I definitely know what I going to to ask Santa