One day I was sitting behind my desk at work and I got that weird need to build something, after looking around for a bit I got my eye on an LED matrix and that sparked an idea in my head : “I WANNA MAKE A TAMAGOTCHI”.

So for those of you that don’t know what the heck is a Tamagotchi here is a little snip-it from Wikipedia :
“The Tamagotchi (たまごっち Tamagocchi?) is a handheld digital pet, created in Japan by Akihiro Yokoi of WiZ and Aki Maita of Bandai. It was first sold by Bandai in 1996 in Japan.”

So my take on this classic toy is to make it in to a desktop gadget with an LED matrix for a display, and an Arduino for brains to make it more accessible to people. With that said join me as we design, build and program the World’s first (As far as I know) desktop Tamagotchi. 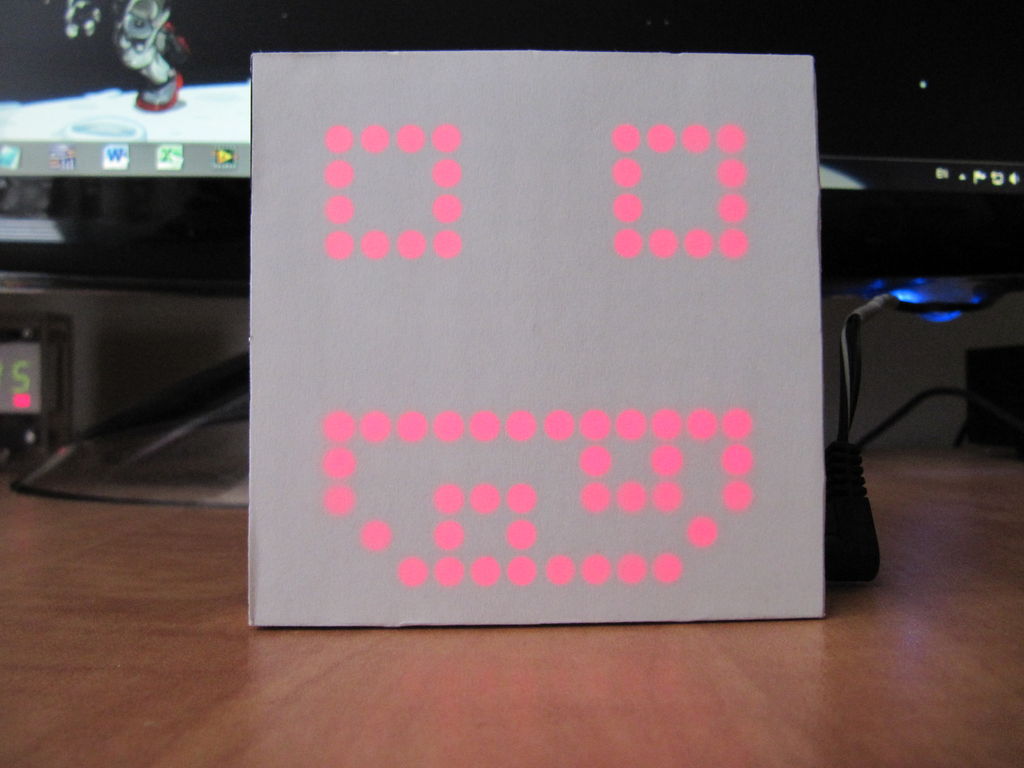 Step 1: Getting The Right Stuff

So like any other electronics project you will need to get some basic tools:
1) Soldering Iron
2) Some solder wire
3) A pair of cutters
4) A pair of needle nose pliers
Optional : Get some solder braid or a solder pump to fix soldering mistakes

Step 2: The Hardware Side

Even if this project if mostly software focused we will need to build the hardware first to make life writing code and debugging it easier.

The LED display part is a bit more complex and takes some time to solder up. This circuit consists of 4 shift registers (74HC595),
2 darlington transistors arrays (ULN2803) and 4 8×8 LED matrices.
Like most LED displays it comes as no surprise that the display need to be multiplexed(look it up it’s a pretty cool concept) because driving 16×16 LEDs individually will take 256 pins from the microcontroller and that’s just silly.
Even with the multiplexing approach we will still need 32(16 rows + 16 columns) pins from the microcontroller to drive the display which again we don’t have, so the solution is to use shift registers as an I/O expansion , 4  8 bit shift registers give us 32 outputs and it only takes 3 lines to control them all.
But the problems don’t end here because the shift registers can’t handle sinking the current of 16 LEDs (if a full row is lit) on one pin so we need to give it a hand with the help of the darlington transistor array that will act like a buffer that can handle big currents which can fry the shift registers.

So to recap we use 4 daisy chained shift registers to control the display, the first 2 drive the rows and the other 2 drive the columns with the help of the darlington array.

The only thing that needs to be calculated in this project is the value of the resistors that will drive the LED rows.
The formula is very simple and goes like so :
R = (Vsource – Vled)/ Iled
Vsource is 5V, Vled is the forward voltage on a single LED in the matrix and Iled is the forward current of that same LED.
You can also use online calculators to help you with this.

Step 3: The Construction Concept – LED board

When I started the build I wanted to get a clean look without using a case (finding the right case is a nightmare) so I went for
a two piece construction i.e. one board that holds the LED matrix and the second one with all of the electronics.
This way the only thing you see when you’re looking at the front is the LED display itself and all of the other stuff is hidden behind the display.
The first board with the LED matrix will dictate the size of the second one because you want to hide the other board behind the display. So place the matrix assembly on the board, mark where to cut and cut the board. Cut the second board so it will be the same size as the first one. The trick with this building style is to have to proto-boards of the same size, so it’s a good idea to sand the boards to get them to the same size. 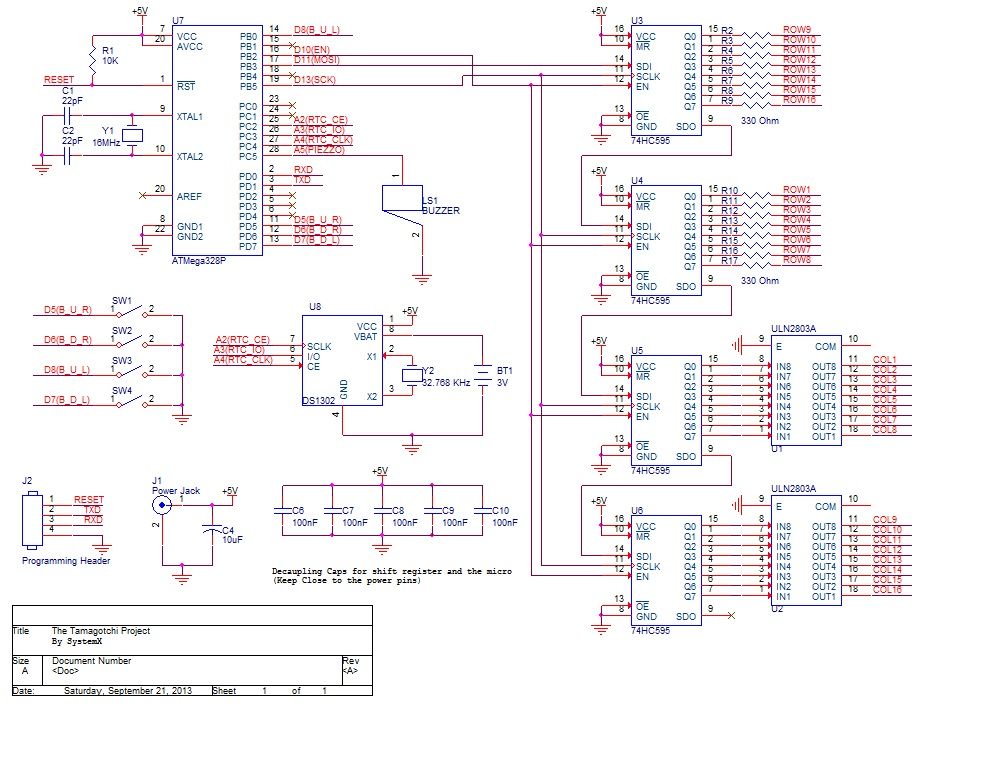 Now the only part that is left with this board is connecting the headers that will connect the to boards together, the placement of this connector is decided  by the position of the switches on the second board. The switches will be on the sides of the board so you can’t put the connectors on the edge of the board that’s why the connectors are placed about 4 holes from the edge.
There are two connectors one for the rows and the other for the columns.

And to finish the look I recommend putting a sheet of white paper over the matrix to hide the assembly and get a clean look.
I glued the paper to the edges of the matrix so the display is safe from the glue.