Dendrites – thin conductive filaments that form inside lithium batteries – reduce the life of these cells and are often responsible for them catching fire. Scientists working at the Pacific Northwest National Laboratory (PNNL) of the US Department of Energy claim to have produced a new electrolyte for lithium batteries that not only completely eliminates dendrites, but also promises to increase battery efficiency and vastly improve current carrying capacity. 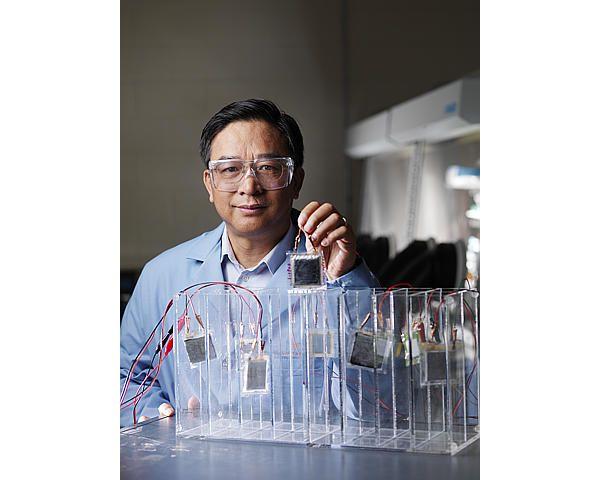 Many of the rechargeable batteries used in portable devices today are of the lithium-ion (Li-ion) type, composed of two electrodes in a recharging battery (a positive one made of lithium and a negative one created from graphite) and a chemical electrolyte. Basically, the electrolyte chemically contains the electric charge and also acts as the medium through which the current flows between electrodes when the battery is connected in a circuit.

Unfortunately, as the electrolyte in a Li-ion battery also contains a solution of lithium, the lithium electrode tends to react with this medium, causing dendrites to form.

When these fibers snake their way out from the electrode and into the electrolyte, they tend to break down the controlled path that the electrons generally take by producing conductive paths haphazardly throughout the structure. As a result, there is often a sudden and rapid discharge that allows excess current to flow. At best, this causes the battery to fail prematurely. At worst, this heats up the battery to such an extent that it can set fire to its own packaging or even the device in which it is contained.

In an attempt to counteract this dendrite formation, some researchers have tried such things as coating the anode of Li-ion batteries with carbon nanospheres


or tweaking the formula of the electrolyte with additives. Others have even added Kevlar to the mix, but this doesn’t stop the dendrites growing, it merely stops them from expanding too far into the electrolyte.

Inspiration What if I told you that 2+2=Red!?!? What!?! I know this sounds crazy but for people with synesthesia this...