NAND process geometry is currently at 20nm and should be 10-20nm in 2017, says IC Insights adding “reported minimum feature sizes and mass production definitions are very imprecise and may be influenced by marketing numbers games.” 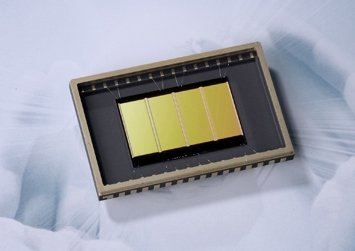 SanDisk says that 19nm will be its NAND process for two generations – with the second 19nm generation using a reduced size memory cell on the same process geometry. SanDisk/Toshiba have already started producing on the first of these 19nm processes.

IM Flash believes 2D NAND flash technology can be scaled to 10nm and that 3D NAND would take over from there.  The company also said that 3D NAND would have to be manufactured with at least 32 layers to be economically feasible. In May, Samsung started volume production of its V-NAND flash chips using 32 memory cell layers.  The company had previously shipped a limited number of solid-state drives (SSDs) based on its first generation 24-layer V-NAND technology to some of its data centre customers in 2013.

Other NAND flash manufacturers are hoping to begin production of 3D NAND parts in 2014, but 2015 appears more likely. Micron has said that the feature sizes of  first generation 3D NAND may be larger than those of the last generation of 2D NAND.