A project utilizing the mkr1000 and 960 ws2812b to display a picture on the wall, you take a photo with the smartphone and you can see it! 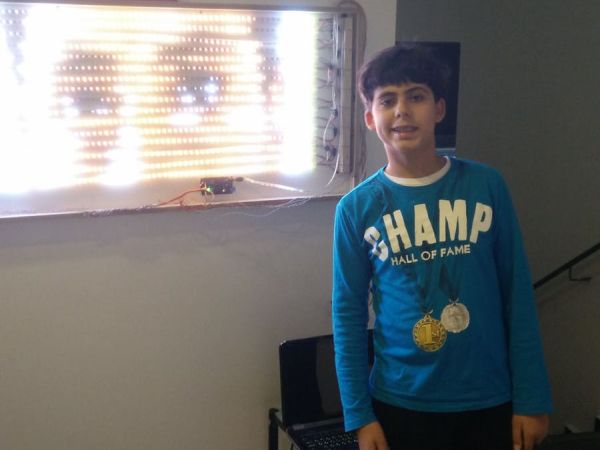 Hello, I am Almog, aged 12, and I created this project originally for the holiday of light, when I heard of the MKR1000 contest I hacked the project and modified it to work with the new board, and I will share this with you.

I was lucky to have found a workshop to work in in the Jerusalem museum of science.

First, this is the wooden plate, that was cut into the right size: 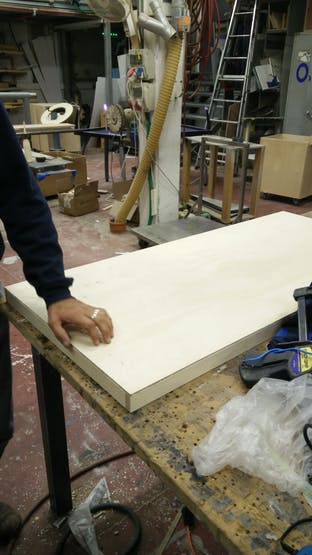 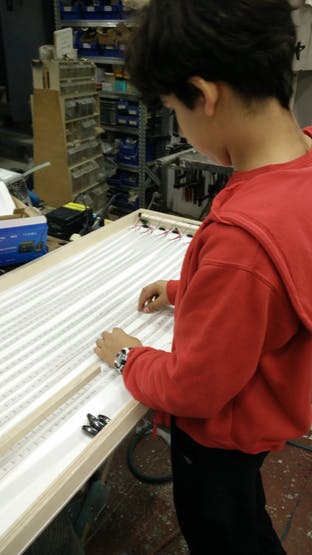 After that initial testing was done with an Arduino Uno. 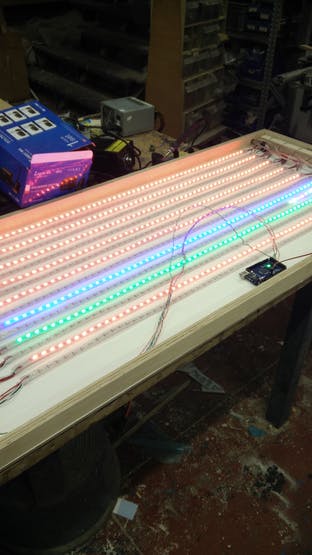 Let there be light!

now the tricky part was the connection of the PSU, I originally wired all the strips in a row, but unfortunately there was a deep dive in voltage, and after some lights were started others never did. It took me the best part of two hours to come with a solution, which was using 5 connections from the PSU and hooking them to multiple strips at multiple entries. so that every 2-3 strips got a straight 5v+ connection from the PSU.

Wiring also took a lot of time, and I wired the data in pins from different sides (8 from one side and 8 from the other) creating an interlaces image.

After electricity was up and running, I sanded the plastic cover to get a matte effect: 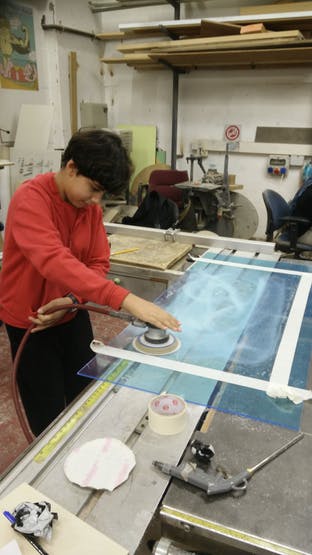 Workshops are great places to generate some mess

Last part, hanging on the wall and hiding the power supply. 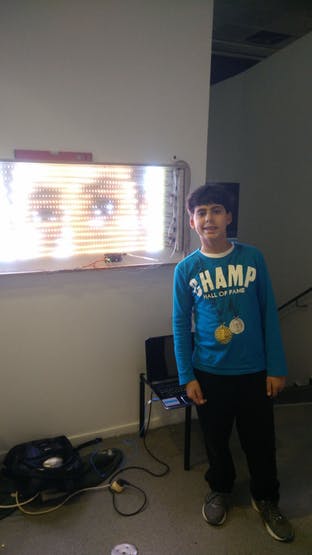 Last part of the work was the converting from an Uno to a mkr1000, I had a few voltage issues with the 3.7 and ironing some unexpected issues in the fastled library used to control the Arduino.

I also built an android app that takes an image converts it to the correct size using an azure service and posts it to the wifi server. works nicely.

Upon the completion of this project submission deadline, I got the code messed up a bit, so I could not share it here, but I will add it later. 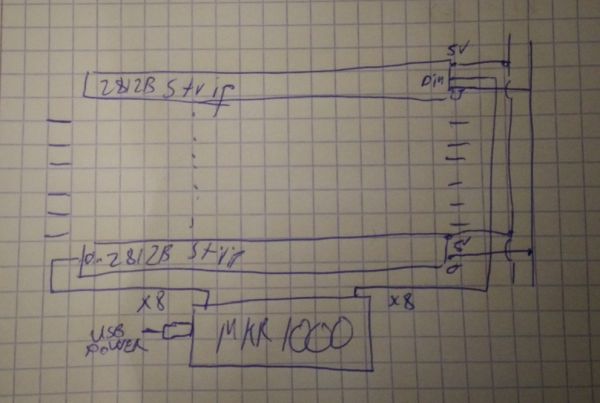