This is one of the first projects I have made with Arduino. It’s a little siren with a LED that fades and blinks on and off. It demonstrates basic use of LEDs and speakers. Also check out this article: 8-Pin Programming Shield 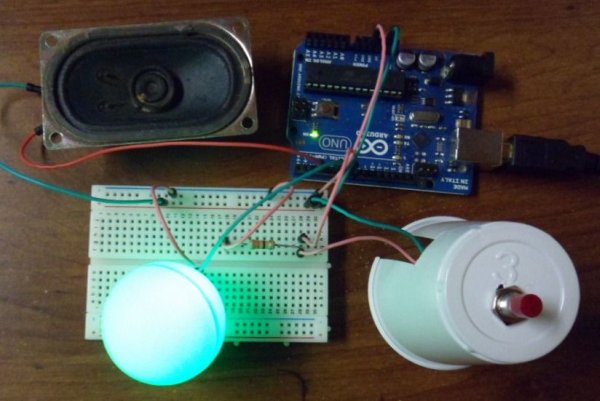 Step 2: Solder jumper wires to the button and speaker

Fire up your soldering iron and attach wires to each of leads on the button and the speaker. The picture shows mine when I was done.

Step 3: Drill a hole in the table tennis ball

Grab your dremel and drill a hole in the bottom of the ping pong ball. Make it large enough for the LED bulb to fit inside.

Step 4: Wiring it up

Fist off, gather your materials and tools. I am assuming that you known the basics of Arduino and how to solder.