This tutorial shows you how to create a sensor demo mat for the LilyPad Arduino. I wanted a place where I could experiment with the different sensors, but also something that I could use to show examples of what can be done without constantly uploading code. 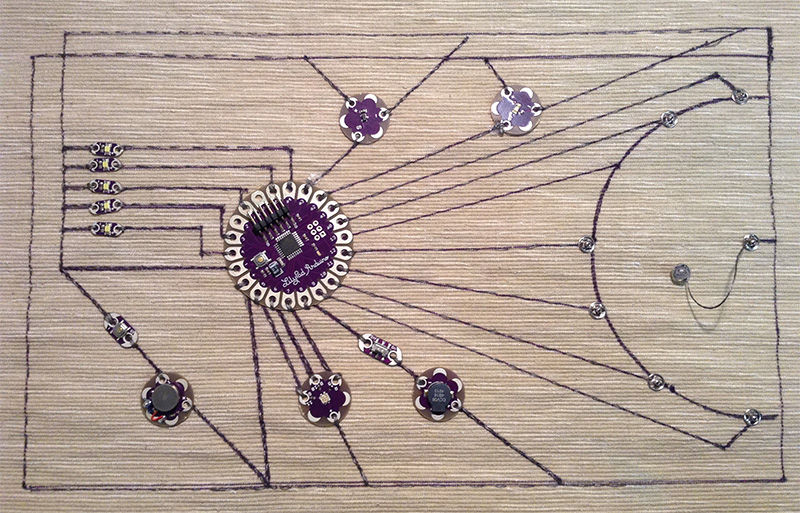 To complete this project I used the following:

Although I had the LilyPad Development Board, I decided to use the LilyPad SImple Board so I could use the extra pins as switches.

Before beginning any project it is good to take the time to think everything through. I put images of the different sensors and components into lucidchart.com and played around with the placement of the sensors to find an arrangement that wouldn’t just work, but one I also found to be aesthetically pleasing.

Based on the diagram, I arranged all of the sensors and switches onto the fabric. I used the marking pen to indicate where each pin and component would be placed. A dot inside the pin hole was enough to let me know where each component would go.

READ  Give Your BLEBot a New Name

I removed the sensors and used the marking pen to draw the circuit onto the fabric. I used a ruler to make sure all of my lines were straight. The nice thing about a pen like a Dritz Mark B Gone is that the ink disappears when it gets wet which allows you to erase your lines with a damp rag if you need to make changes.

When I had the lines drawn, I again placed the sensors on the mat to make sure that everything lined up the way I wanted it to. I ended up changing the position of the RGB light slightly so the lines were less likely to make contact with the other pins on the LilyPad.

I wanted the lines to be part of the final piece so, once I was satisfied with the diagram, I traced the lines with a permanent marker. If I did it over, I would probably color code the lines so that it can be better used to explain how the circuit works. 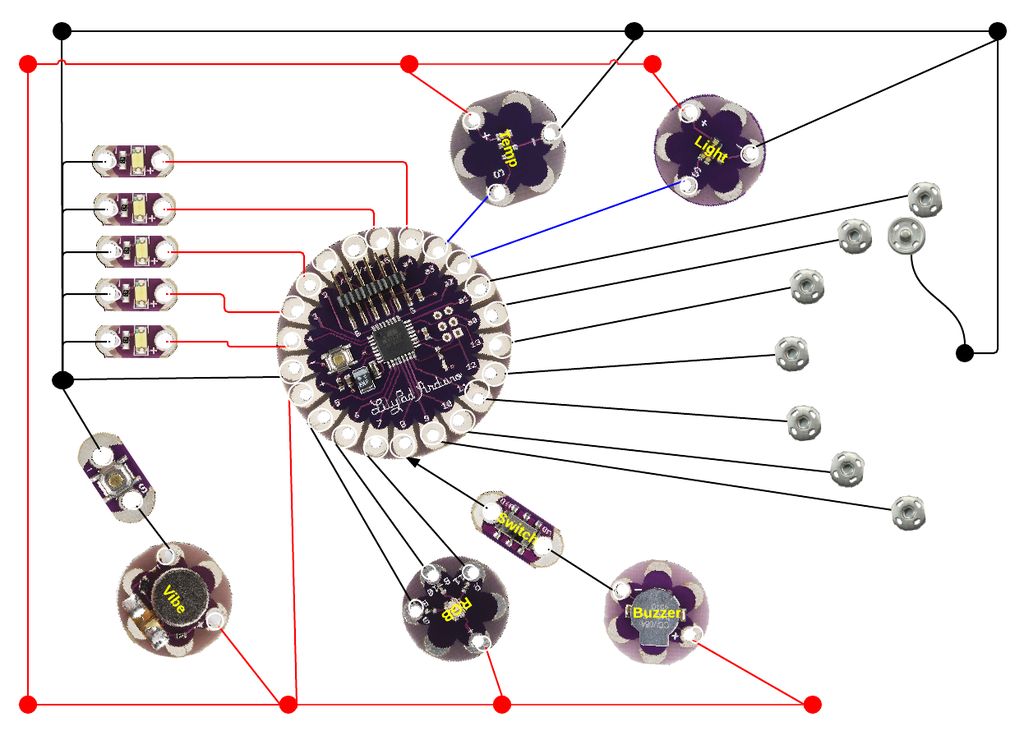 I soaked the fabric in water and then let it dry overnight to remove the blue marking pen marks from the fabric before I started sewing.

Step 6: Step 6: Stitch on the Sensors and Other Components (optional)

To ensure that the sensors stayed put while I sewed the circuits, I did a quick stitch with plain thread to hold the components in place.

Well, the "Test PCB" project is finally underway. In case you don't remember my original blog, the idea is to...